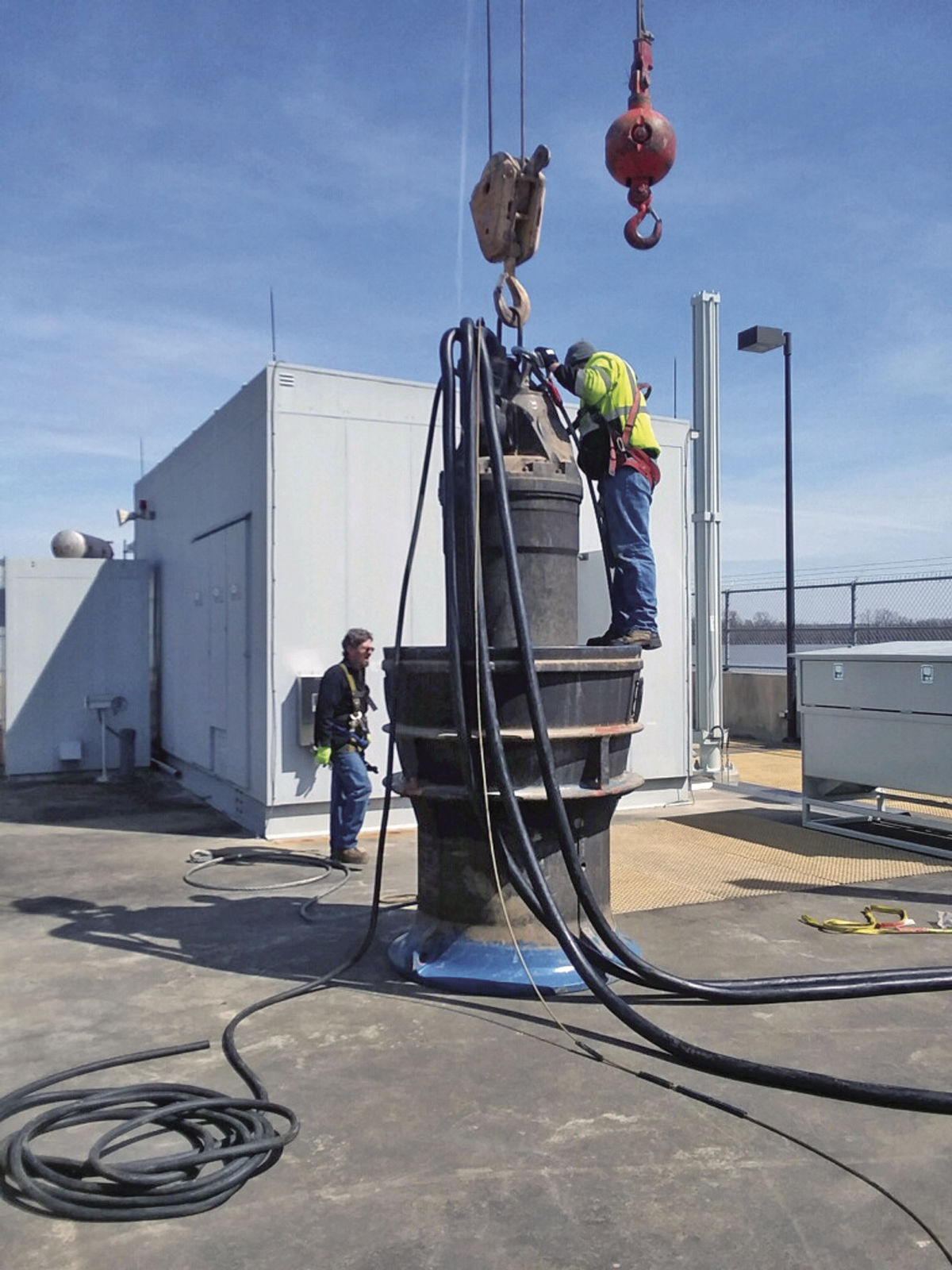 After getting its Flygt PL7121 pump back in service after nearly a year, members of the Levee District 3 board believe they have another option for servicing the giant pumps at the Urban Design Levee pump house.

The repaired pump finally was returned from Vandevanter Engineering of Fenton on February 26, but the district then received a bill that was not itemized. Among other things, board members were not sure if the crane rental for moving the pump from the delivery truck and placing it into its crevice at the pump house had been included in the bill.

The board voted to table paying the $43,540 bill until Vandevanter sent an itemized bill.

“There’s nothing itemized,” district president Vern Bauman said, when the issue was first brought up during the treasurer’s report. “We need to get some backup data on an invoice for that much.”

Pump station operator Norm Gallup said he would contact someone at the firm and let them know the bill will be paid once it is itemized.

“We’ll write them  a check when we get it,” Bauman said.

The members all agreed that the bill needed more detail — partially so they would know for sure whether it covered everything involved in the process. …

The board has expressed frustration with Vandevanter several times in the past.

Equipment Pro, a local firm, may be a viable alternative.

“I went down there and talked to Bill Lindell at Equipment Pro,” Gallup said. “He took me on a tour of his plant. Our pumps are at the maximum capacity of what they can handle, but he said they can handle our pumps for the future.”

Bauman asked if they have technicians available.

“Oh, yeah,” Gallup said. “They’re up and coming. They’re working all over. In fact, they need more technicians.”

See complete story in the March 18 edition of the Herald.