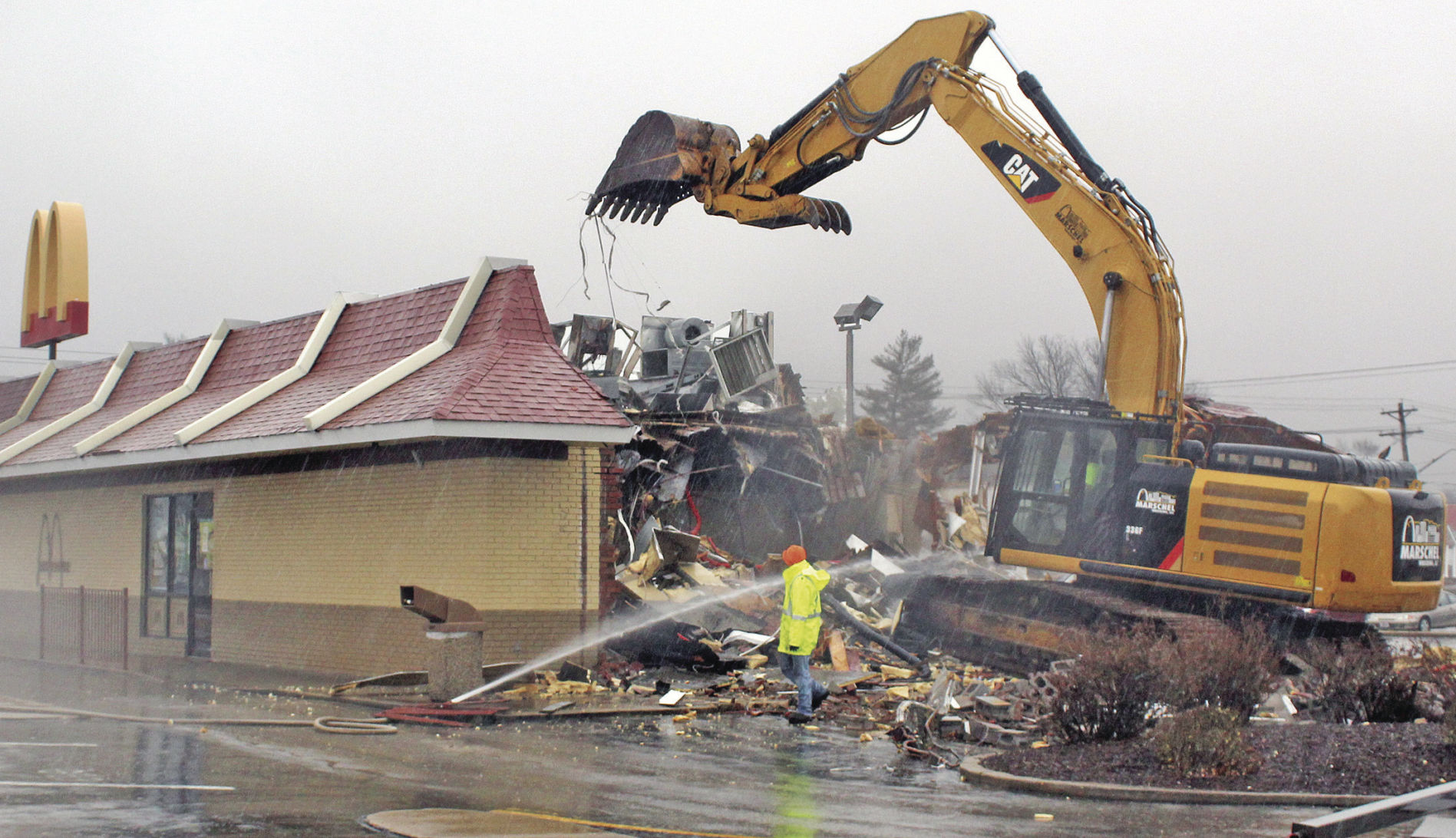 After regular customer Owen Roth ordered a double cheeseburger meal at 10:25 p.m. on February 19, an era came to an end at the Ste. Genevieve McDonald’s restaurant.

Rather than beginning their usual evening clean-up work, the crew at the 706 Ste. Genevieve Drive facility began packing up equipment and disassembling stools and other items that would make good souvenirs.

The restaurant officially closed at 11 p.m., and operations will not resume until early June, after the current building is demolished and a new one constructed in its place.

Assistant manager Martha Resinger, who has worked at the Ste. Genevieve McDonald’s for 22 years, had mixed emotions on seeing the old facility closing.

“I guess it’s kind of bittersweet,” she said. “It’s been a long time. We’ve remodeled and remodeled, but it’s to the point now where it definitely needs to be torn down and rebuilt. There’s so many things going wrong with it — the roof is bad, air conditioner is broke, just a lot of small things that are adding up. It’s time we get one.”

Jessica Lucas, who owns the local McDonald’s with her husband James, said it was a joint decision between them and McDonald’s corporate leadership.

“They have people come out and do all kinds of studies and test everything in the building and look at everything and give us the final decision on if we want to do kind of a major remodel, take it down  to the studs,” Jessica Lucas said. “Obviously, it’s a little extra to do the rebuild. With how much we would have to invest to just take it down to the studs, for us, once we looked at everything, it just made more sense to do the full remodel [demolition/reconstruction] because then we can make the restaurant as efficient as possible and make the layout better for the employees.”

See complete story in the February 26 edition of the Herald.