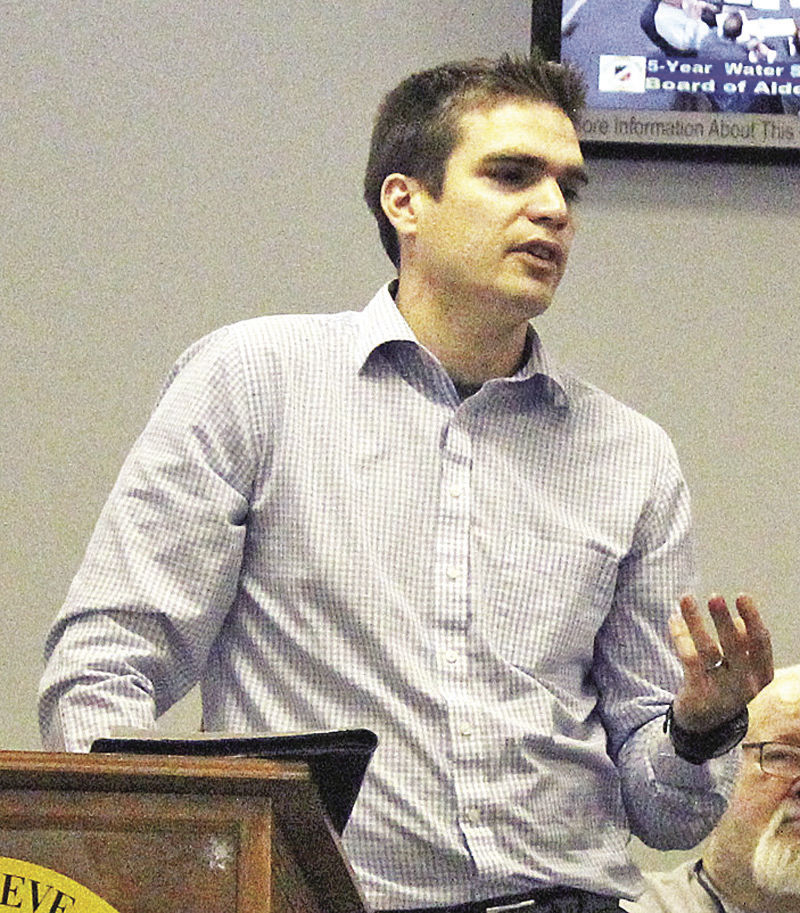 David Van Leer with Cochran Engineering and Ron Smith, division manager for Alliance Water Resources, outlined a proposal for a five-year supervised water system management plan for the city of Ste. Genevieve during a work session prior to the Board of Aldermen’s regular meeting last Thursday.

Smith reminded the board that during the ongoing budget negotiations last fall there had been talk of possible five-year capital improvement plans.

Smith said he and Steve Wilson, local manager for Alliance, had been “talking, discussing, hashing, praying about it” since that time, and that they were ready to “throw out an opportunity to the council.”

They proposed an owner-supervised system, run through the Missouri Department of Natural Resources (DNR).

“The Department of Natural Resources would like, and is trying to incentivize water system purveyors to go this route,” Smith said, “to take more of a holistic, big-picture look at water systems improvements instead of the traditional method most communities and water districts [use].”

Traditionally, cities “submit their plans one project at a time, a water main extension, a new tank, a new pump station, etc.,” in Smith’s words.

The supervised water system management plan requires the purveyor to put together a master plan, “a detailed engineering analysis of the current system, which includes a hydraulic study and current layout of the system,” Smith said.

“By doing that, we’ll be able to prioritize projects and improvements over time,” he said.

Smith called the plan “a more efficient, more technically sound way of looking at capital improvements,” and he suggested that it “will also be more cost-efficient over time.”

Normally, plans have to be submitted to the DNR for each individual project. Sometimes, approval of each can take months, Smith said. By using the supervised plan, though, “that requirement goes away.”

“Once you apply and you’re approved, the city will be responsible for doing their projects however they see fit, in accordance with the master plan that has been developed,” Smith said. “There’s a lot of benefits for that.”