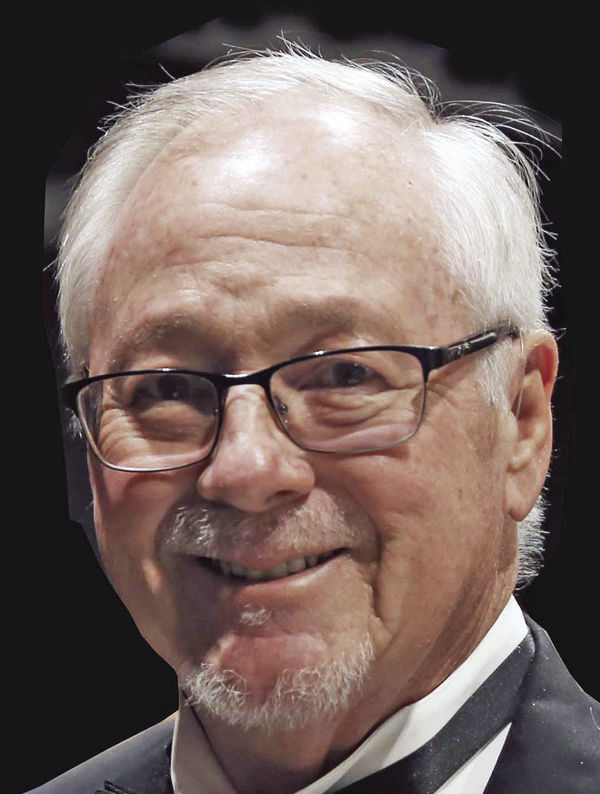 He was preceded in death by his parents and one sister, Jill Walker.

After graduating from Desloge High School in 1964, he enlisted in the United States Navy and was stationed in Scotland, which led to him meeting and marrying his wife. After his service, he attended mortuary science school in Dallas, Texas, and earned his embalming license. He worked for Boyer Funeral Home in Bonne Terre for several years before moving to Ste. Genevieve to become the assistant administrator of the hospital. During this time, he earned his bachelor’s degree in business from Southeast Missouri State University. He became a State Farm Insurance Agent in 1984 and was proud to serve his community until his retirement in 2018.

He was a Ste. Genevieve Rotary Club member since 1976, serving two terms as club president. He was a member of the Ste. Genevieve County Memorial Hospital Friends Foundation board since 2013. He was very much liked and admired by those who knew and worked with him.

His favorite pastimes were fishing and travel, but above all he enjoyed spending time with his beloved family.

Memorials may be made to the Alan P. Lyss Cancer Center at Ste. Genevieve Memorial Hospital, or Serenity Hospice.