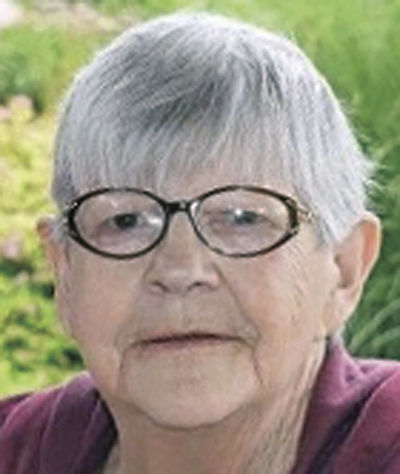 Edith Marcella Bailey of De Soto died on Wednesday, February 12, 2020, at The Villas in De Soto. She was 81 years old.

She was born in Potosi on November 10, 1938, a daughter of the late Festus J. LaLumondiere and Theresa M. (DeClue) LaLumondiere.

In addition to her parents, she was preceded in death by her husband, Calvin “Red” Russell Bailey; one stepson, Wayne Bailey; one stepdaughter, Vicki Gaines; and two sisters, Rose Thiele and Catherine Boyer.

In her working years she had been a housekeeper at The Villas in De Soto, from which she retired. She belonged to the VFW Post 1831 Ladies Auxiliary. She also enjoyed reading, especially murder mysteries; visiting the casino; playing bingo; and watching “The Young and the Restless.”