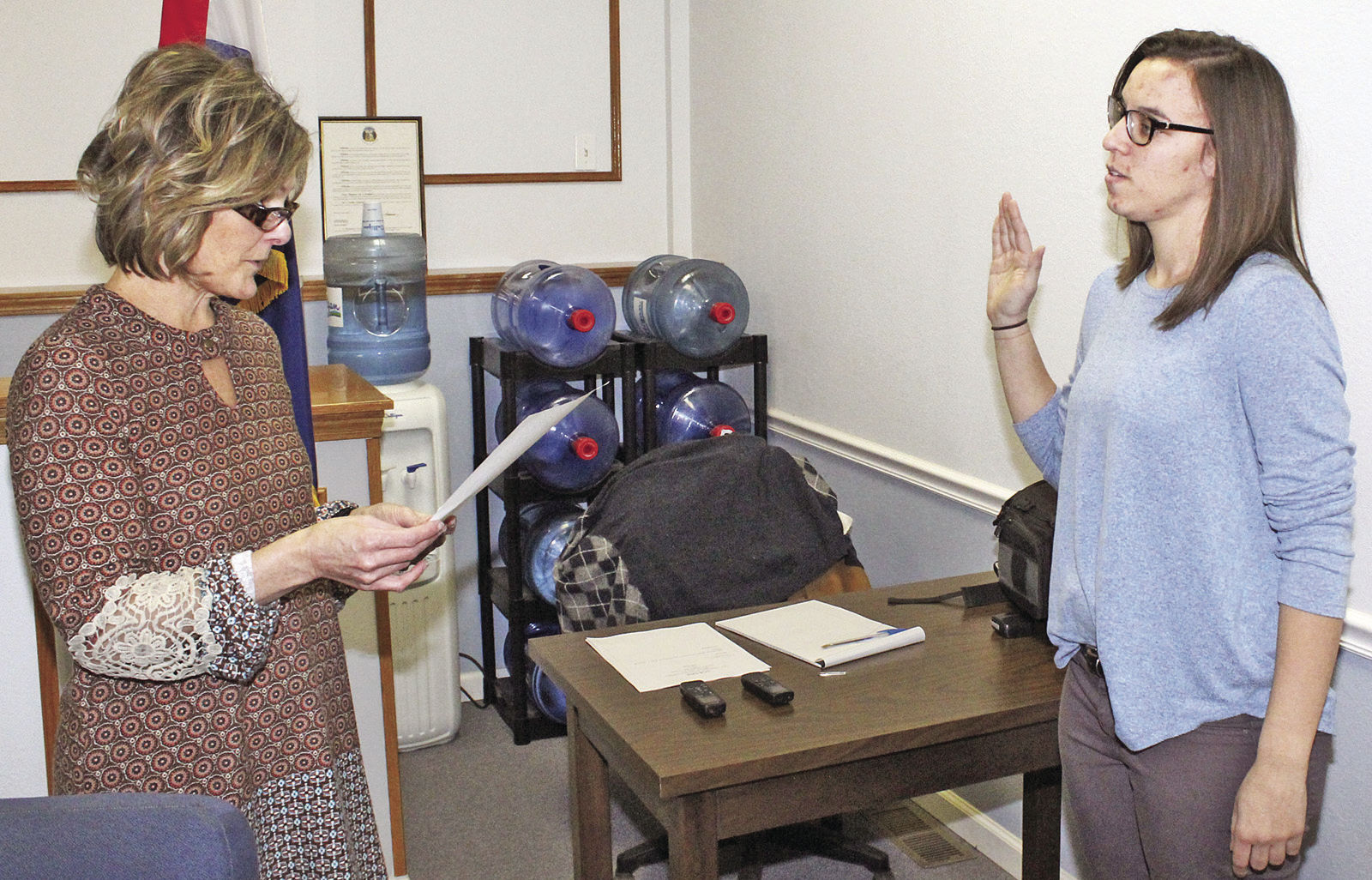 Ashley Armbruster was immediately thrown into an array of issues after being sworn in as a Ward 4 alderwoman during a brief Ste. Genevieve Board of Aldermen meeting last Thursday.

To comply with statutes, in order for Armbruster to take part in that night’s business, a short regular meeting was conducted first, with Bryant Wolfin’s resignation officially accepted as Ward 4 alderman and Armbruster sworn in by city clerk Pam Meyer.

That meeting then adjourned, followed by a 37-minute work session to consider a proposal for a master plan for future city water and sewer projects. The regular meeting, during which an animated debate on residency requirements for city administrator and police chief came up, followed.

Armbruster was also named as the board’s liaison to the park board, replacing Ward 3 Alderman Mike Raney.

Armbruster had attended the January park board meeting, stressing the need for various websites in the city and county to be in better synchrony.