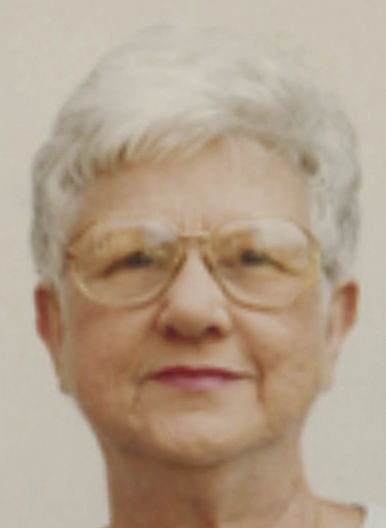 LaVerne A. Schinzing of Ste. Genevieve died on Friday, February 7, 2020, at Evelyn’s House in Creve Coeur. She was 94 years old.

She was born December 6, 1925, in St. Louis, a daughter of Ora Huntley and Ruth (Lorenz) Huntley.

She was married to Cledus Schinzing on April 17, 1977, and he preceded her in death.

In addition to her parents and her second husband, she was preceded in death by her first husband, Paul Wood; two sons, Kim Schinzing, Keith Schinzing; one sister, Betty Smith; one brother, Bob Huntley; and one grandchild, Ralph Robinson.

She was an active donor to The Ronald McDonald House and animal groups. She loved flowers and gardening, and she was a member of Shaw’s Garden. She was a beloved mother, grandmother and great-grandmother.

Services will be private. Basler Funeral Home of Ste. Genevieve is handling the arrangements.

Memorials may be made to a hospice care group of the donor’s choice.