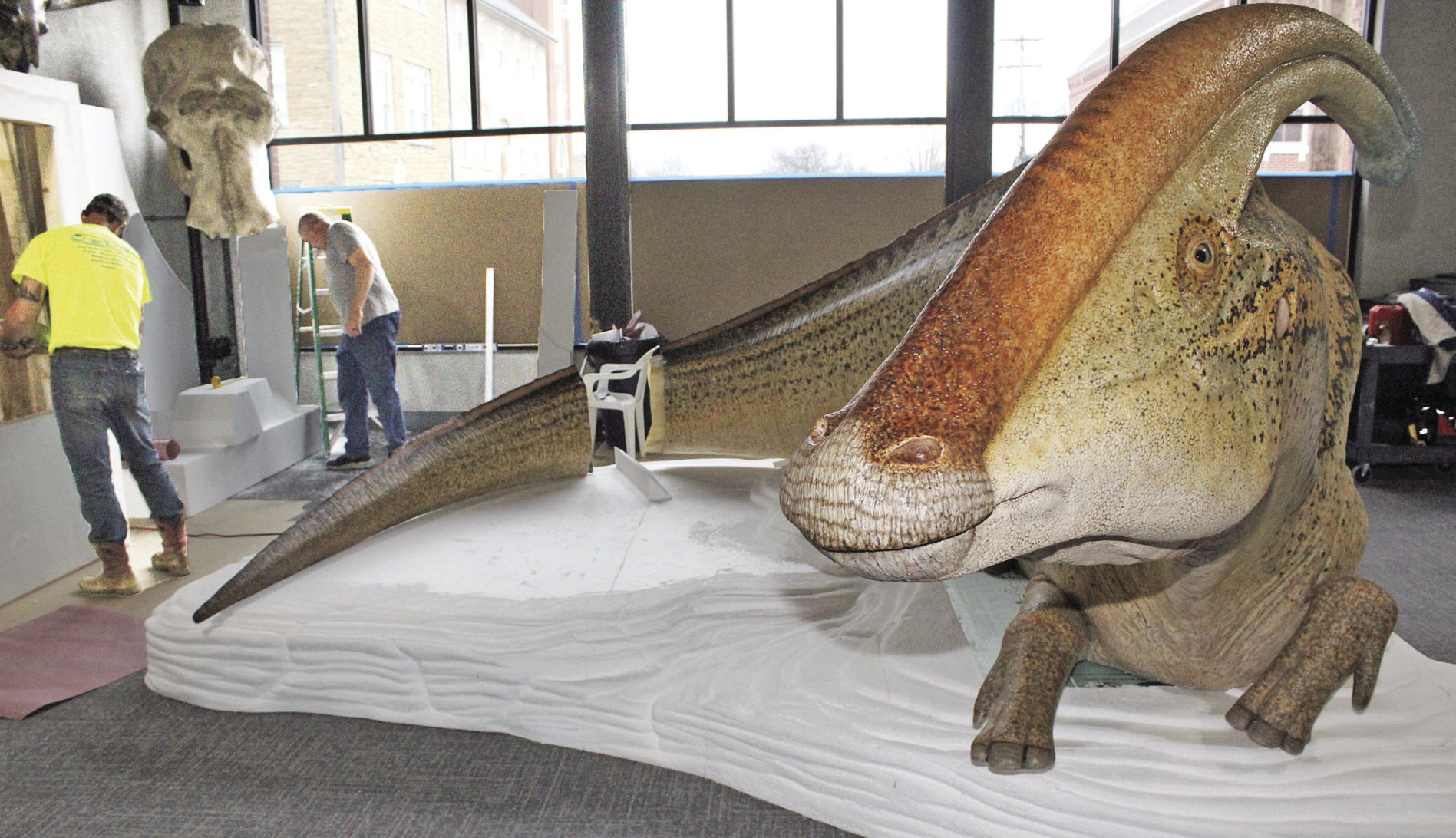 Four and a half years of planning and hard work will finally bear fruit when the Ste. Genevieve Museum Learning Center officially opens to the public on June 27.

“I think summer begins on the 20th [of June], so it would be a great kickoff to the season,” said Kendall Hart, the museum’s art director.

The opening date has been of great interest to many in the community.

“Everybody has been asking,” said Joanna Hart, museum administrator. “That’s the No. 1 question.”

Meanwhile, the museum is rapidly taking shape inside. Open space was dwindling as of last week, as display cases were completed, more dinosaurs assembled and other projects completed.

“This was an empty room just a few weeks ago,” Kendall Hart said of the second floor, “and now we’ve got a gallery.

“The biggest leap forward has been in the custom cases we’re having constructed,” he added.

“We’ll have 60 custom window units that will be placed in here.”

They will be unique in their design.

“The fronts are removable, and I’ve designed these to have a storage room inside of each one,” he said.

The display cases can actually be called “display rooms,” he said, explaining that a door will be on one side of the cases, allowing personnel to get inside the cases to access items.

See complete story in the February 12 edition of the Herald.