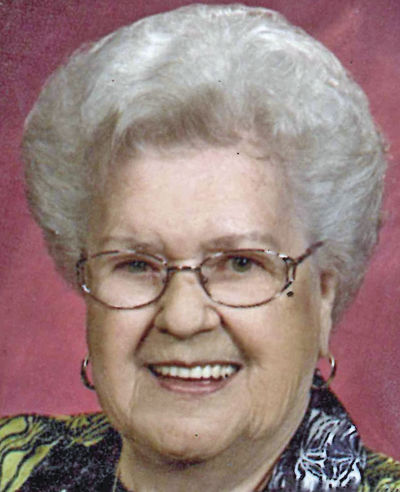 She was born on December 16, 1923, in Ste. Genevieve, a daughter of Robert and Eula May Sadler Jenkins.

She was preceded in death by two daughters, Jacqueline Taber, Cindy Henke; two granddaughters, Mundy Lynn Phillips, Amy Leigh Priesendorf; a sister and her husband, Marcella and Francis Basler; and a brother and his wife, Robert and Cathy Jenkins.

Being a military wife, she lived on several Air Force Bases including 3 1/2 years in Rhine Maine and Munich, Germany. Their last assignment was Whiteman AFB in 1957, where she started the first base nursery in two old World War II barracks. Under her direction, the Whiteman Child Care Center was selected as the best child care center in the Strategic Air Command in the 1970s. She retired in 1986 as the director of the Modern Child Care Center, including Kiddie Kampus pre-school.

She always cherished her family. Always proud of her family, she held dearly to the privilege of being a great-grandmother of 13 beautiful children.

Memorials may be made to the Cynthia Henke Scholarship, State Fair Community College.