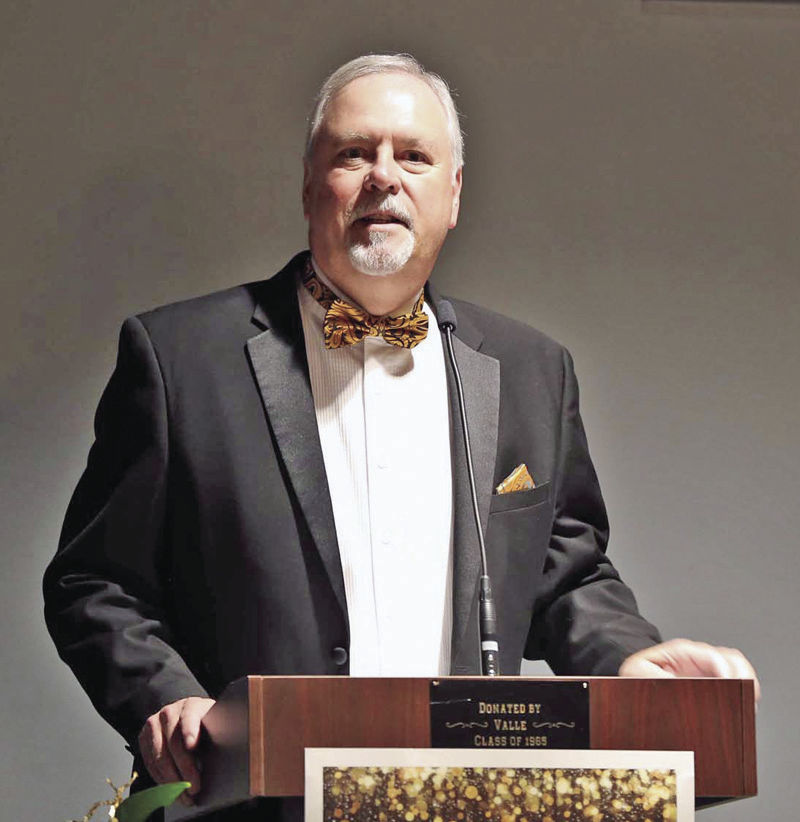 Tom Keim, CEO of Ste. Genevieve County Memorial Hospital (SGCMH), on Friday announced his plans to retire from the position this year. Keim, who joined SGCMH in 2007, will continue to serve the hospital over the coming months until the hospital finds his replacement to ensure a seamless leadership transition.

In making his announcement to the hospital staff, Keim said his decision to retire was not sudden or easy.

“I have had numerous discussions with the board on when to formally announce my retirement,” he said. “There is never a good time and with each passing day it has become harder and harder. We had agreed l would stay on until after the Pine Drive Medical Centre was complete. We have a solid management team in place, and I can assure you that our board will follow a process and involve members of the hospital’s management team and physicians to identify candidates for my replacement.”

Keim said that even though he is retiring, he would not be leaving the community.

“Ste. Genevieve is home now,” he said. “Susan and I plan to catch up on some lost time and watch our grandchildren grow. I do plan to watch SGCMH continue to grow and provide the very best in healthcare. SGCMH will always be my provider of choice.”

In making his announcement, Keim praised the SGCMH staff.

“We have shaped the future of healthcare for our community and region,” he said. “But more importantly, we have grown as a hospital family. We have become one of the best critical access hospital’s in the country.

“As baseball great Lou Gehrig said, ‘Today, I consider myself, one of the luckiest people on the face of the earth.’ I have felt that way from the very start of my tenure. I will forever remember the people of SGCMH, and your incredible ‘can-do’ spirit. You embody the meaning of healthcare. I extend my sincerest thank you and admiration to a great team of people, who I am proud that I had the opportunity to work with.”

During his tenure, Keim has been instrumental in leading a number of important strategic initiatives that have enhanced the hospital’s clinical capabilities and capacity. He led the conversion of semi-private rooms to private rooms; added new lab and diagnostic imaging equipment; construction of  the new Emergency Department; remodeled the front lobby and hospital exterior; construction of the  Bloomsdale Medical Centre; construction expanding surgery department and the soon-to-open Pine Drive Medical Centre building, including a new hospital medical/surgical unit. The hospital also enhanced its primary care and walk-in clinics; surgical and women’s wellness services. In addition, the hospital was recognized four times as one of the Top 150 Great Places to Work in Healthcare.  Under his leadership, the hospital’s working affiliations/relationships with St. Louis and Cape Girardeau hospitals were enhanced and strengthened.

In addition, Keim is a member of the Missouri Hospital Association Board of Trustees and received the Missouri Hospital Association 2014 Visionary Leadership Award. He was named to the 2015 list of “50 Rural Hospital CEOs to Know” by Becker’s Hospital Review and in 2017, he was awarded the Ste. Genevieve County Chamber’s Presidential Award in “Recognition and Devotion to enhance the quality and life in the county.”

Keim is active in area civic groups, where he works to promote Ste. Genevieve County as a great place to live and work. He has worked to develop wellness initiatives and partnerships between the hospital and the community. He has served as president of the Ste. Genevieve Chamber of Commerce, a member of the Community Foundation, vice-president of the Industrial Development Corporation and has served on numerous city, county and regional steering and development committees.

“It is impossible to put into words how much Tom has done for Ste. Genevieve County Memorial Hospital and the health of our region,” said Rod Scherer, SGCMH board of trustee’s president. “His strategic vision, leadership and advocacy have been the driving forces behind our growth the past 13 years.  It is because of his dedication and passion that this hospital remains independent and strong.”

(Information in a release from SGCMH.)