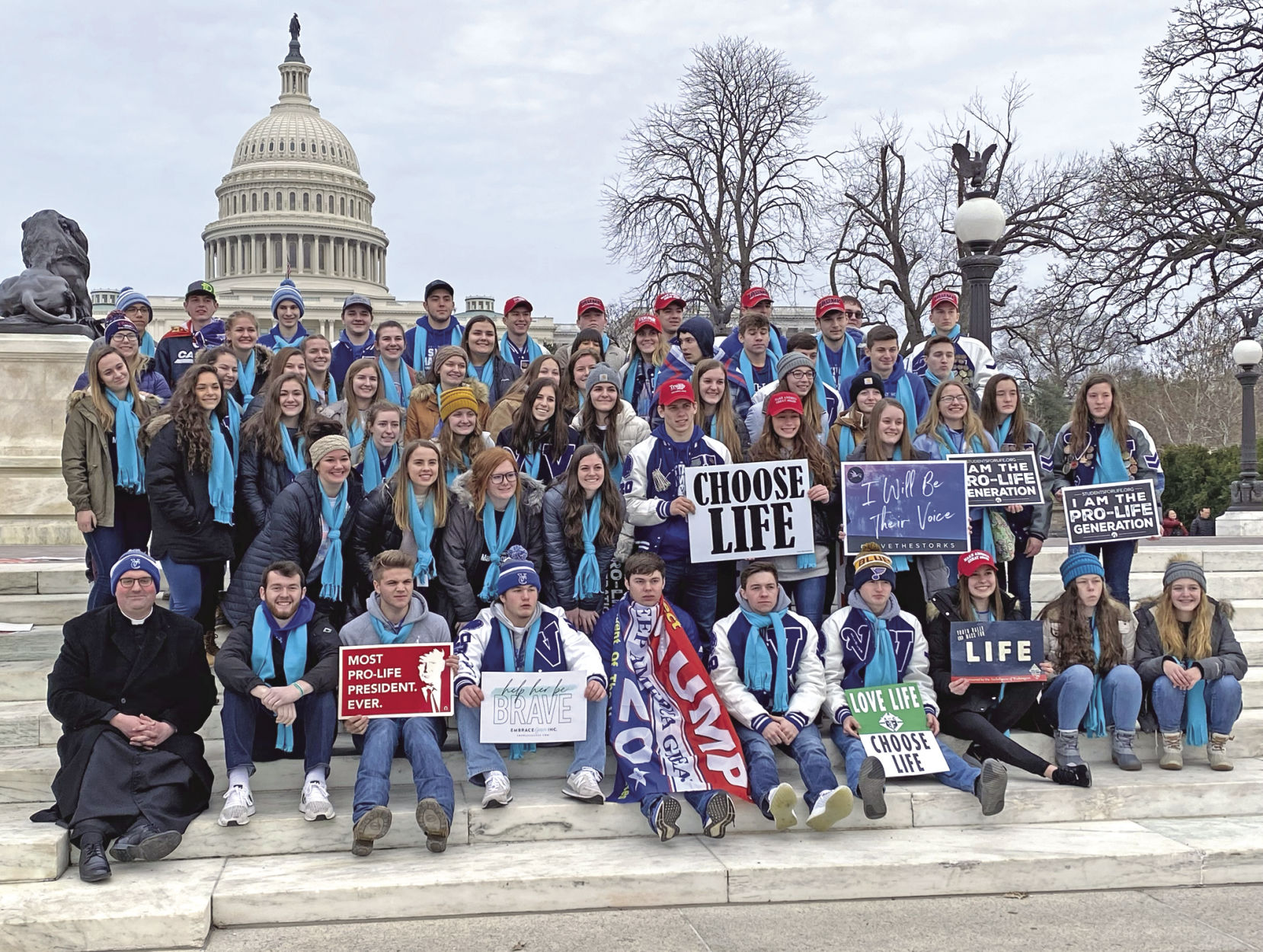 Valle Catholic High School juniors, seniors and parents gathered in Washington, D.C., for the 47th March for Life on January 24.

Large crowds of abortion-rights opponents congregated at the National Mall that morning. In the first presidential address delivered in person at the March for Life, President Donald Trump spoke to the crowd, praising activists who “make it your life’s mission to help spread God’s grace.”

Valle senior Peyton Tucker said, “The march meant a lot to me. I was surprised by how many people were there. It felt good to march for a cause and be able to see everyone who wanted to make a change.”

Sheila Roth, mother of Valle junior Mary Roth, said, “To experience the March for Life with Mary was incredible. While planning the trip, my hope for her was that she would understand just how important the right to life is. She got to see the many thousands of people, mostly young people, who believe that all life is precious and who are passionate about saving babies’ lives. My hope is that when she is in college and beyond, she holds on to the conviction that every baby deserves to live. I’m so thankful that Valle continues the tradition of taking the juniors and seniors to the March for Life.”

In addition to the march, students enjoyed touring the city and visiting the monuments. They participated in the wreath-laying ceremony at Arlington National Cemetery. They also visited the Flight 93 National Memorial in Shanksville, Pennsylvania.

Underclassmen, grade school students and staff members from Valle Catholic participated in the Ste. Genevieve March for Life. They proceeded from the Valle Desert and around the Courthouse Square as other members of the Valle Catholic family marched in Washington. The silent march marked the anniversary of the Supreme Court decision legalizing abortion.

The local event culminated with a candlelight prayer service at the Church of Ste. Genevieve.