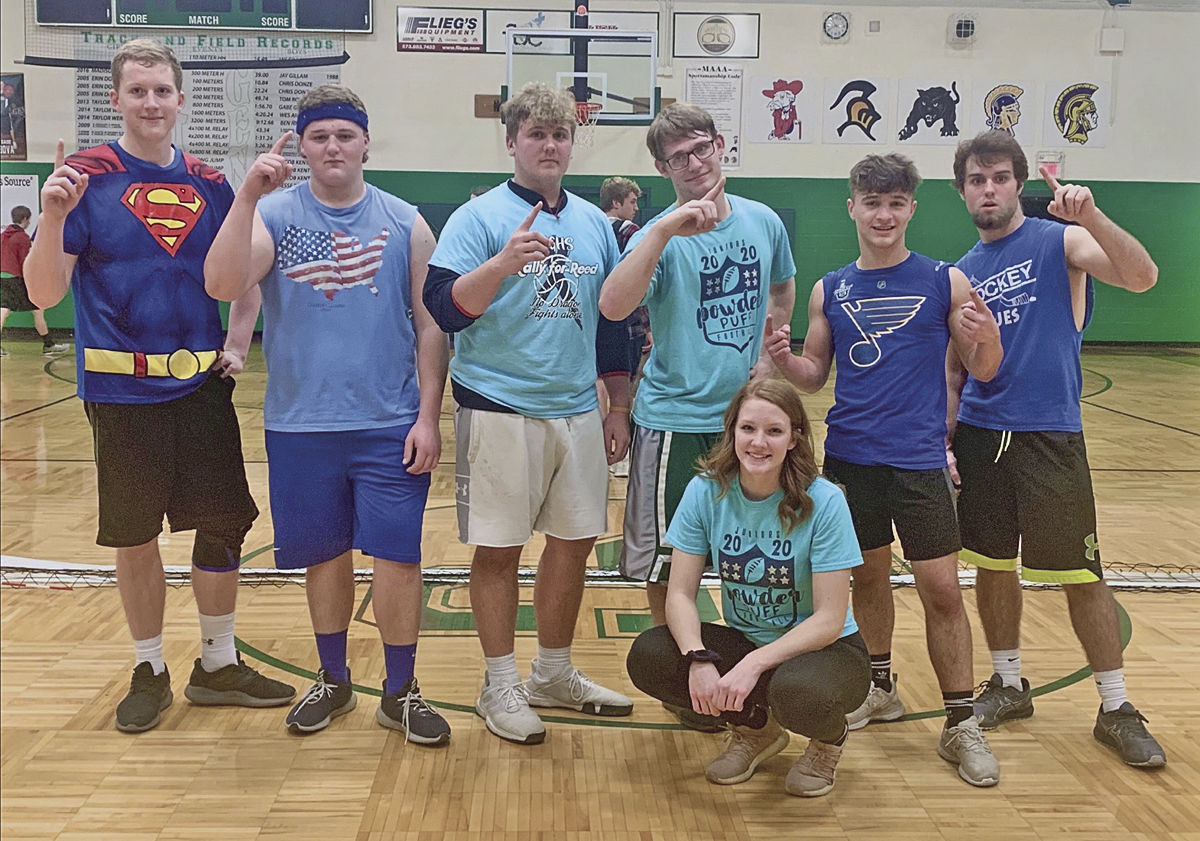 Ste. Genevieve High School (SGHS) hosted its annual Snowcoming activities the week of January 27 to January 31. The SGHS Student Council members and sponsors were in charge of planning and preparing the activities for the week.

At the pep assembly on January 31, the Rolly Chair game returned with the familiar rivalry: social studies teacher Brian Craft versus math teacher Cody Schwent. In Rolly Chair, faculty members play basketball from rolling chairs, as students run them around the court.

Craft’s team had been the reigning champion from last year, but this year Schwent’s team took the crown with a final score of 10-5.

The festivities concluded with the 2020 Snowcoming PowderBuff volleyball game, played between the junior and senior boys’ teams, along with a team of faculty members. The senior blue team coached by SGHS senior Julia McKlin won the tournament against the junior and senior teams, and took on the faculty team to win 27-25.