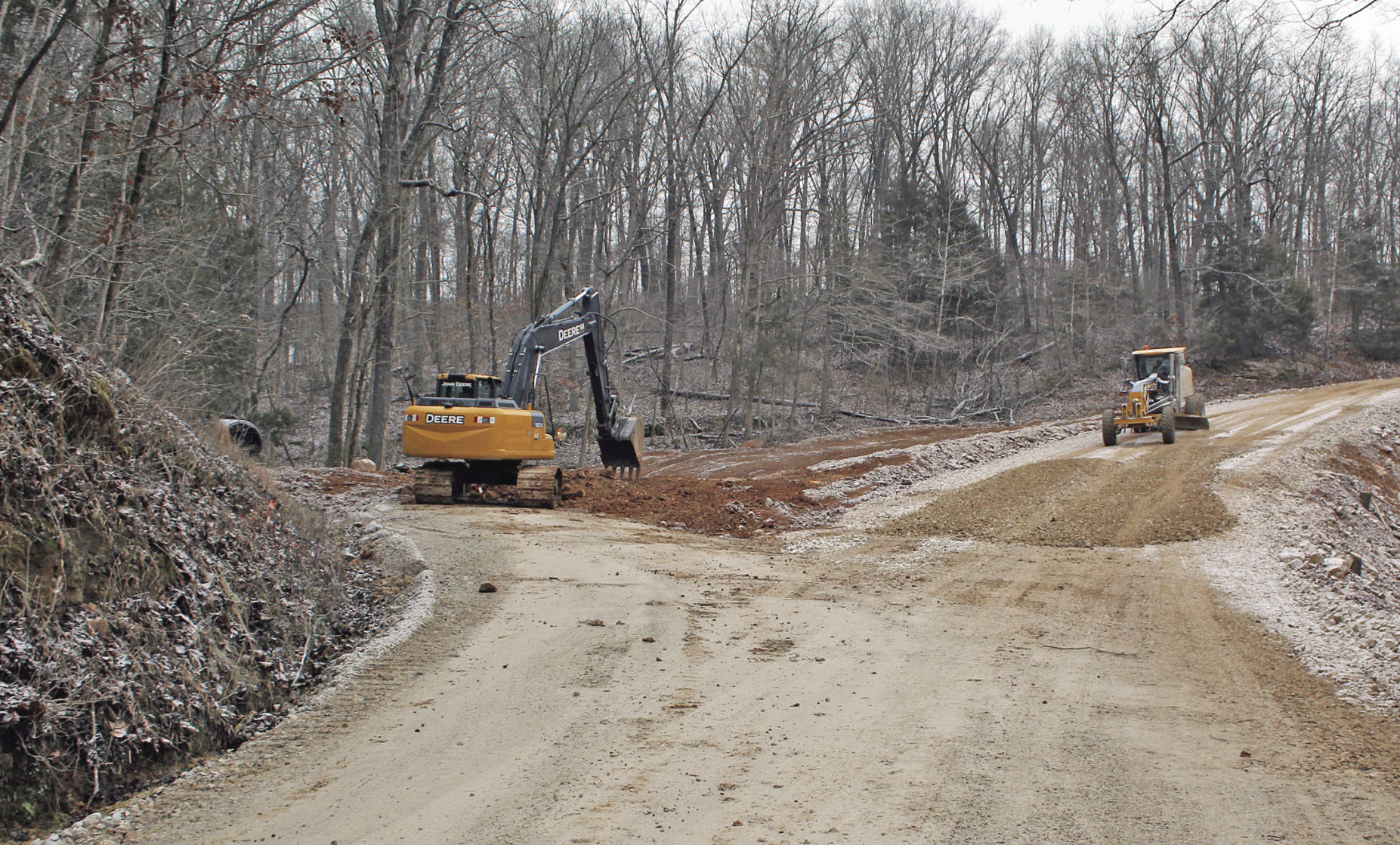 Work is wrapping up on the Saline Creek Road project.

In anticipation of the road being paved in the future, several improvements had to be made. Part of a bluff has been removed near Minnith and the curve of the road rerouted to give drivers better visibility.

The bluff used to hang over the road as it made a sharp curve, creating a dangerous situation for drivers.

Second District County Commissioner Joe Gettinger said he had received several complaints from area residents who said they were nearly in accidents on the curve.

Aaron Braun of Braun Excavating finished his part of the project last week. Now the road and bridge crew will finish up loose ends.

While the new stretch of road was being put down, the old section was being dug up. The owner of the property involved had expressed a desire to see it removed so drivers would not be tempted to park on it after the new section opens.

Road and bridge foreman Scott Schmieder said at last Thursday’s County Commission meeting that larger rocks still need to be placed along the edges of the road to serve as curbing.