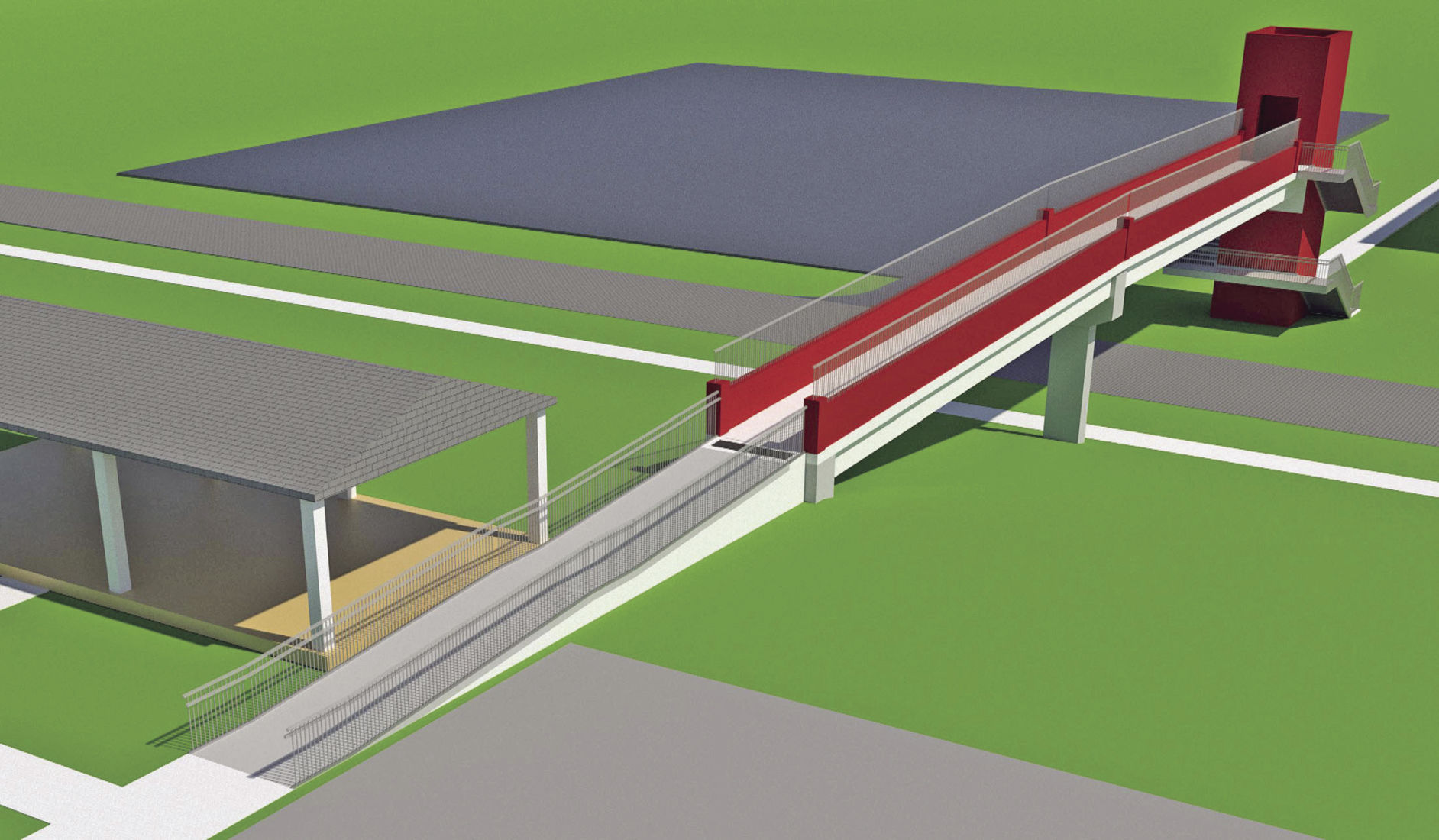 The Ste. Genevieve County commissioners approved a design by Jeremy Manning of Smith and Company Engineering for the pedestrian bridge across Progress Parkway during last Thursday’s County meeting.

The commissioners would like to see the project go out for bid as quickly as possible, to have as much of the project done as possible before the River Rapids Waterpark opens on Memorial Day weekend.

But those plans took a turn Friday afternoon, when Presiding Commissioner Garry Nelson was told by Missouri Department of Transportation (MoDOT) personnel that with the number of reviews required before work can begin, actual work may very well not be able to start until after the park has opened.

That threw a wrench into the county’s plans. The commissioners had initially hoped to have Chris Trautman, a certified electrician on staff with the Ste. Genevieve County Community Center, do the electrical work in-house.

“That would have saved us hundreds and hundreds, if not thousands of dollars,”  Nelson said.

However, the project will need approval of the Federal Highway Administration (FHA) with, MoDOT serving as the go-between. The FHA seemed likely to balk if the electric is done in house rather than being put out for bid.

Considering the crunch for time, the commissioners opted to scrap the plans of having Trautman take care of the electrical work and not take any chances on MoDOT or the FHA throwing up any red flags that could delay the project.

They voted Thursday to “pursue the plans as presented,” which included putting the electrical work out for bids.

Nelson was still confident the project would be in good shape by the time the park opens. He said Friday morning that he had spoken again to MoDOT officials

Nelson is now forced to consider the possibility of putting the pedestrian bridge project on hold until the fall, after the waterpark closes.

He said he should have a clearer picture of the situation later this week.