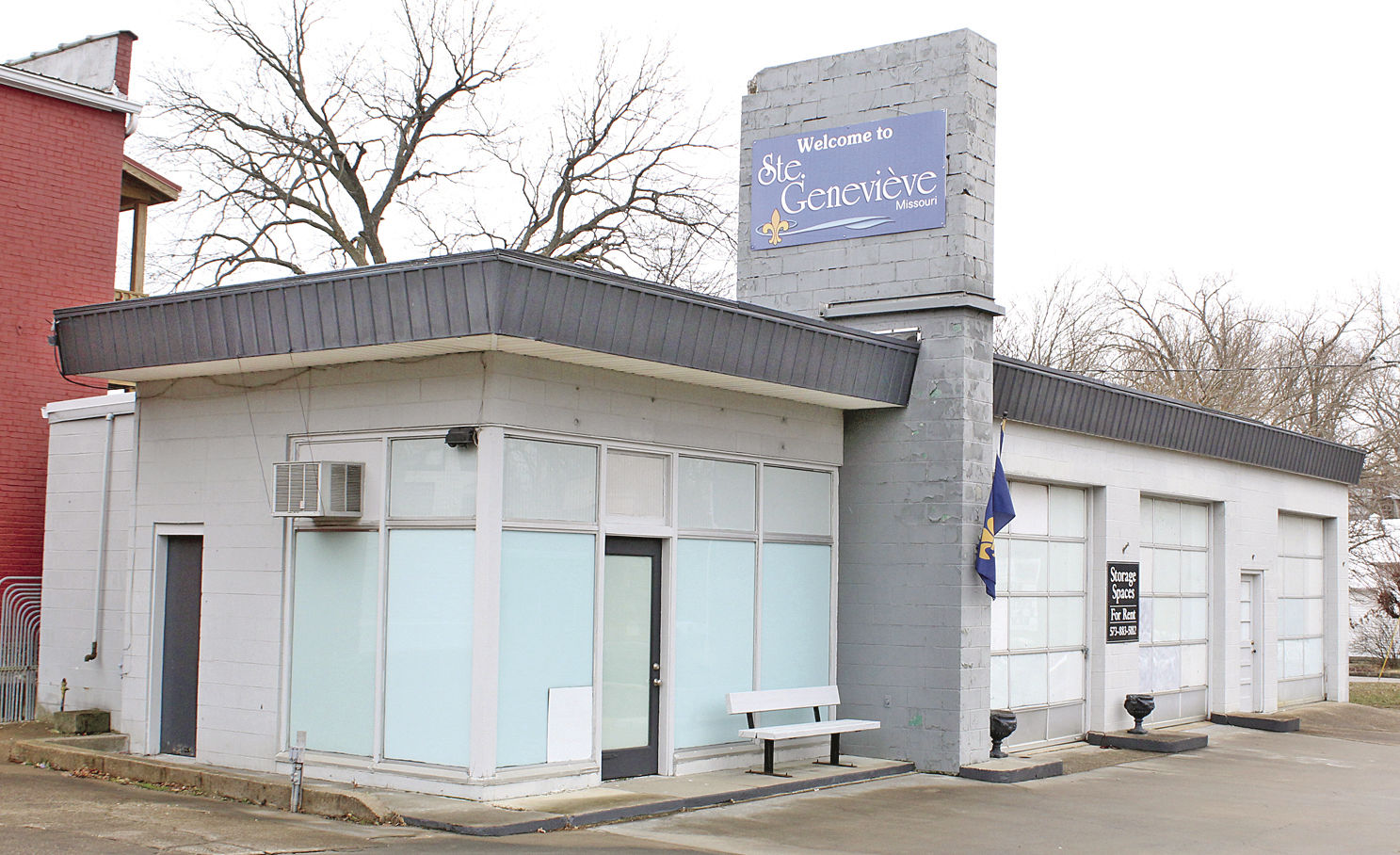 Both applications for certificates of appropriateness were approved by the Ste. Genevieve Heritage Commission on January 27.

One involved the partial removal of a chimney from a structure that just falls within the 50-year-old age requirements to qualify for most historical designations.

MOST OF CHIMNEY MAY BE REMOVED

Although the first applicant, Ricky Kline of Quarry Workers Local 829, was not present, the commission voted to grant his request, with a caveat.

Kline was requesting permission to  remove the old chimney stack from the former Amoco gas station. Officially part of the union’s property at 380 Market Street, the building faces Fourth Street, across from the US Bank parking lot and Ste. Genevieve City Hall.

The brick stack, which has a “Welcome to Ste. Genevieve” sign attached, has deteriorated and is considered a hazard. …

David Bova, community development administrator, said that while the building was not in the period of significance, then defined as 1750 to 1951, it would qualify if the same standard were applied today.

Bova said that the request had been to remove the chimney down to the roof line.

Commission member LeeAnn Waldvogel pointed out that a decorative band or belt running around the chimney, about one or two feet above the roof, essentially separates the stack into two sections.

“There is a border there, for lack of a better term,” Bova said, noting that he could pass along the group’s recommendation that the stack only be removed down to that  border and capped there.

The other item on the agenda was Heather Brown’s request to replace windows on a house at 124 Jefferson Street.

Brown requested permission to replace nine wooden first-floor windows with vinyl windows on her circa 1920 Craftsman bungalow home. It is listed as a contributing structure  in the National Historic District.