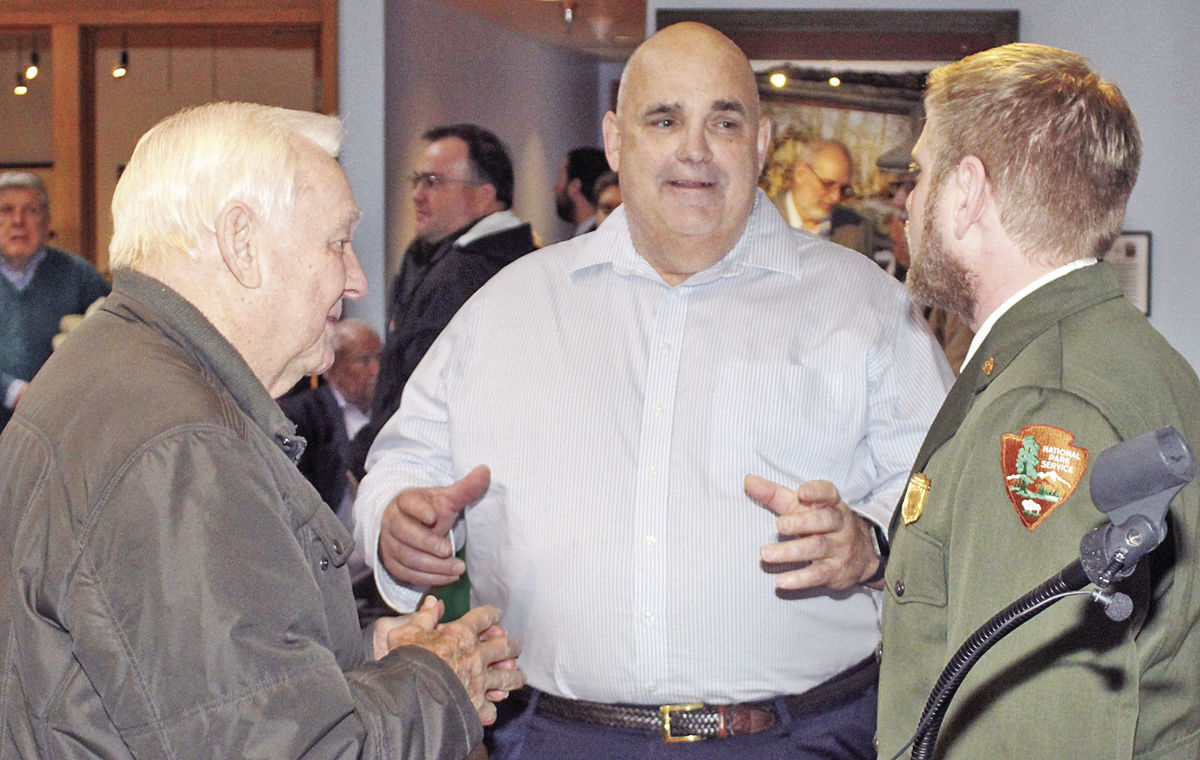 While none of the National Park Service (NPS) representatives at Chris Collins’ January 27 introduction as Sainte Genevieve National Historical Park’s first permanent superintendent would commit to an actual date for opening, they all stressed that it was getting close.

Michael Ward, superintendent of the Gateway Arch National Park in St. Louis, who served as interim superintendent here, perhaps made the most memorable remark concerning the timeline.

“Just like I always told my kids when we were on a trip and they asked, ‘Are we there yet?’” Ward said. “I always said, ‘We’re closer than we’ve ever been.’”

Ste. Genevieve Mayor Paul Hassler also assured guests at the Welcome Center event that the goal is within sight.

“There’s not a more impatient person on the face of the earth than this guy right here,” Hassler said, gesturing toward himself. “It drives me crazy how long it takes to get things done, but I assure you that this project — I’m not going to put a date on it — but it’s going to get done sooner rather than later.”