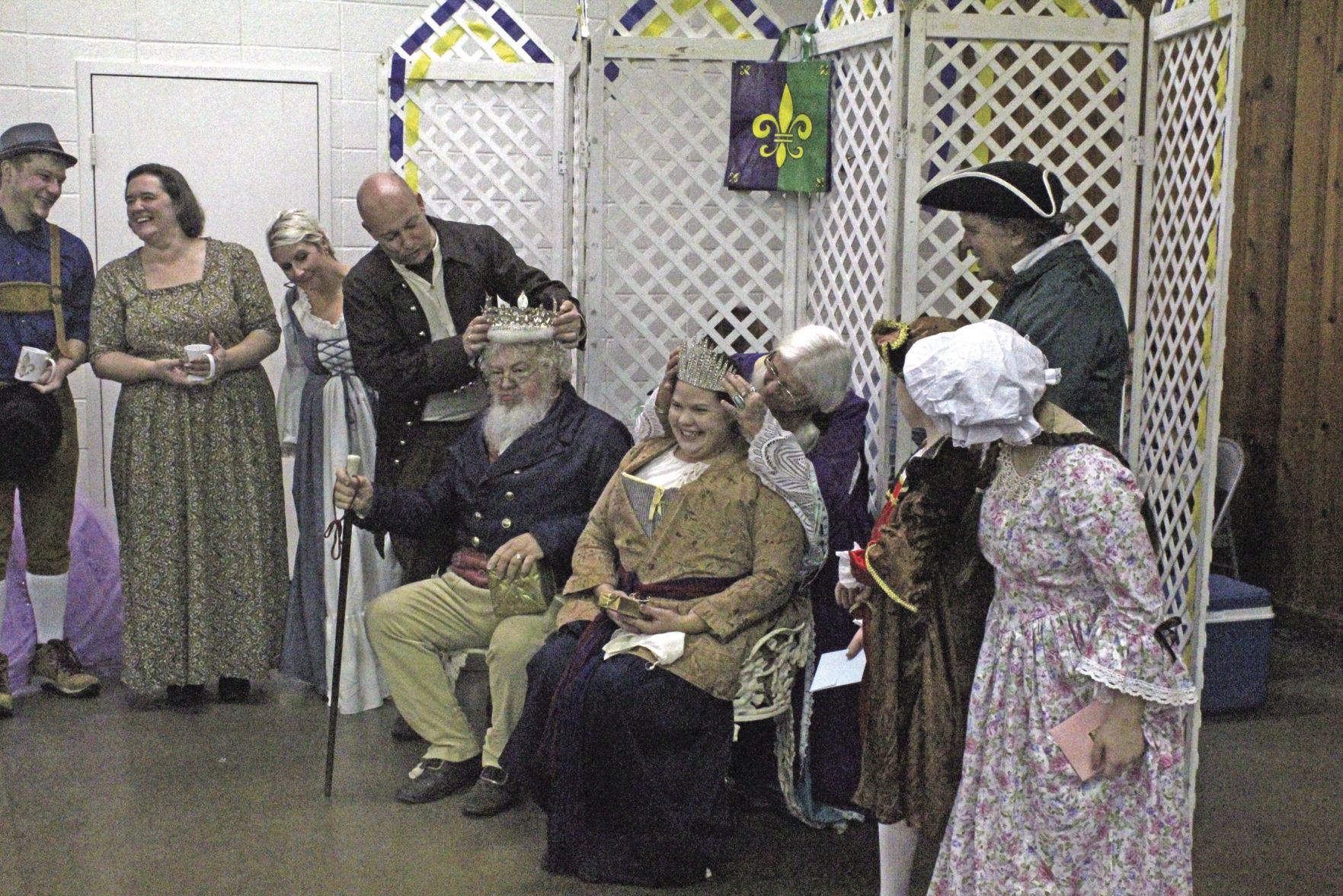 The Queen’s Ball has crowned a woman prepared to play the role of queen.

At the annual winter celebration, coordinated as a fundraiser for the Foundation for Restoration of Ste. Genevieve and the Ste. Genevieve Museum Learning Center, this past Saturday night, Emily Renee Keyser was crowned queen of the ball by finding the baby Jesus charm in her piece of cake.

Keyser, from Chester, Illinois, was attending her first winter ball — usually the King’s Ball but rebranded as the Queen’s Ball for leap year since 2012 — but she is no stranger to Ste. Genevieve or French Colonial tradition.

Keyser is a re-enactor of the colonial era as a member of the St. Anne Militia, a volunteer support group for Fort de Chartres near Prairie du Rocher, Illinois.

Keyser said she has been involved in historic re-enactments “all my life, with my family.”

She chose her father, Ted Mueller, to be the honorary king Saturday night.

“My pop and my mom, we used to do Civil War re-enactments, and then we got into the 1760s when we moved to this area,” she said. “For this time period, we adopted where we’re from now.” …

There were other surprises on the night beyond those hidden in a piece of cake.

La Guignolee “crashed the party” for the first time in more than nine years, The troupe sang its traditional New Year’s Eve song early in the night.

And Gary and Mary Scheel were surprised to be named recipients of the Le Chevalier and La Dame honors, which is given to those who serve the community and are ambassadors for it. The Scheels, residents since 2007, formerly ran a bed-and-breakfast, and Gary Scheel is still active in local re-enactment groups.