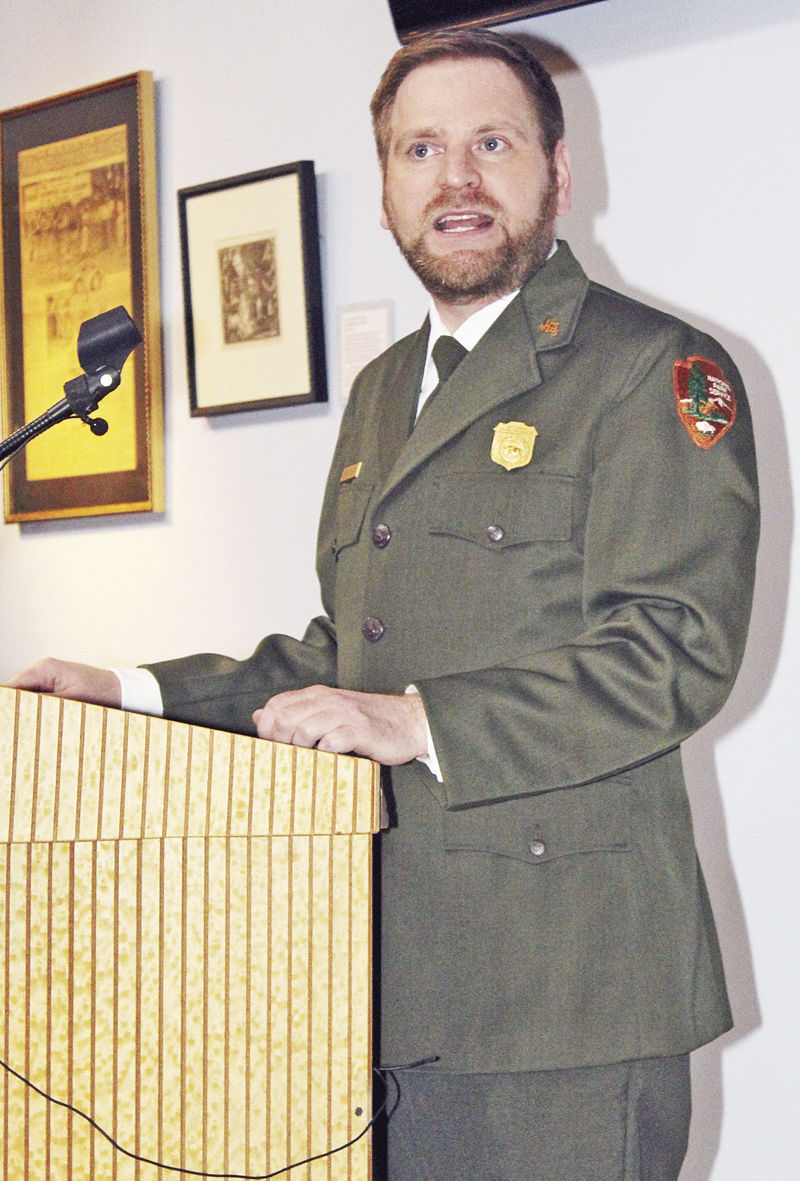 Chris Collins’ first words to a crowd of more than 50 people welcoming him at his introduction as the first permanent superintendent of the Sainte Genevieve National Historical Park on January 27 were spoken in French.

Collins said his background in and love of French language and culture — along with his systematic rise through the National Park Service hierarchy — led him to pursue the position and probably led to his selection.

Collins followed Bert Frost, regional director of Interior Regions 3, 4 and 5 for the U.S. Department of Interior, and Mike Ward, superintendent of the Gateway Arch National Park, to the podium at the Welcome Center event.

“It’s kind of a perfect fit,” Frost said. “He’s coming up through the administrative ranks in the National Park Service.

“I think he’s the perfect guy to step in here and make sure we have a great success in moving forward for the first 100 years of the Sainte Genevieve National Historical Park.”

“He [Benge] made a special trip out here to see Ste. Genevieve because we talk about Ste. Genevieve a lot in the park service because it is a new site, it’s a different type of site,” Frost said. “How it’s getting organized is probably not the traditional way that national parks have been organized, so he wanted to see it for himself.”

“Today feels like a homecoming,” he said. “It  really feels good to be in the Show-Me State.

“I’ve been in and out of town the past few weeks for meetings with individuals, and I can’t say how much I appreciate all the warm welcome, all the support I’ve received,” Collins said.