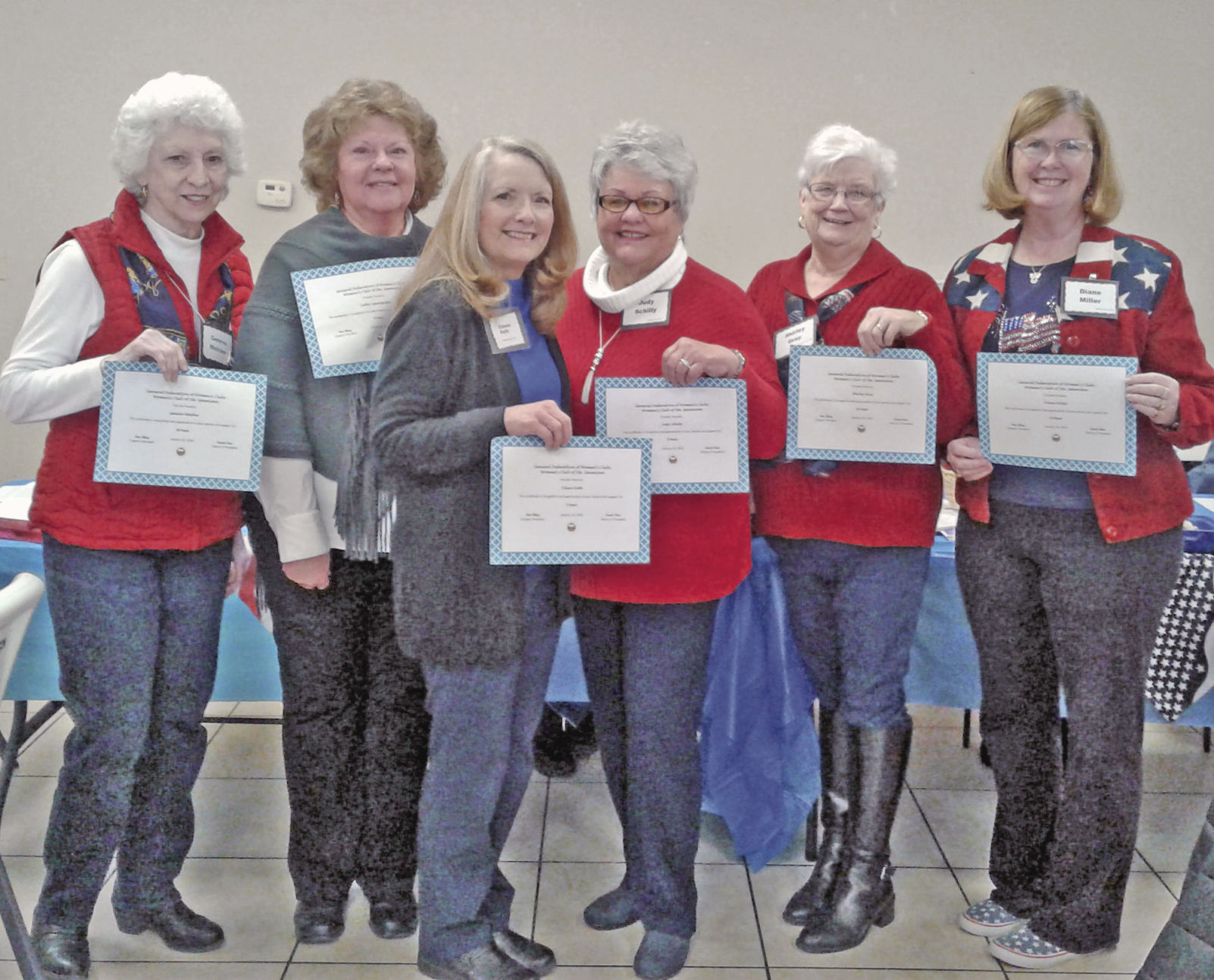 The bakery at the Rozier’s Country Mart created a huge 71st anniversary cake that became dessert for the lunch provided to the members and guests gathered in the party room at the grocery store on January 20 for the monthly meeting of the Woman’s Club of Ste. Genevieve.

Nearly all present had worn red, white and blue in honor of the featured program, which was about Missouri’s National Veterans Memorial in Perryville. The presentation was given by David Dunker, a volunteer at the memorial who had served as a master sergeant in the Missouri National Guard. While the memorial is a tribute to all of America’s servicemen and servicewomen, the primary focal point of the site is the full-scale black-granite replica of the Vietnam War Memorial in Washington D.C.

Dunker spoke of the future phases of the memorial, which should be completed in the next five to seven years. The museum building displays are due to be completed in April. Part of the fundraising campaign needed to complete the memorial is the sale of bricks and paving stones that will be installed at the Honor Flag Memorial. To honor the sacrifices made by the armed forces, the GFWC Woman’s Club of Ste. Genevieve committed to purchasing a large paving stone with the club name for $400. Individual member donations made up 64 percent of the amount with the remainder coming from the club treasury.

The club supports many charities. and the March of Dimes was also featured at the meeting. Individual members marched in line to make donations to the March of Dimes totalling $280 in support of the Missouri Maternal and Infant Health program, which provides financial support to parents struggling with the high cost of pre-term birth and neonatal care.

The January meeting is also the occasion for acknowledging members with years of service awards.

The club also voted to endorse Geneva Melcher as the treasurer of GFWC Missouri’s Ninth District. The Ninth District Spring Convention will take place on April 18 in Van Buren.

Several members registered to represent the club and the General Federation of Women’s Clubs at the upcoming Women’s Health Fair on Saturday, February 29, at Ste. Genevieve County Memorial Hospital.

The next meeting of the Woman’s Club of Ste. Genevieve will be held Monday, February 17, at the Ste. Genevieve Golf Club. Members can bring their daughter, granddaughter or niece. For more information, contact club president Naomi Glassey at 314-630-9896.