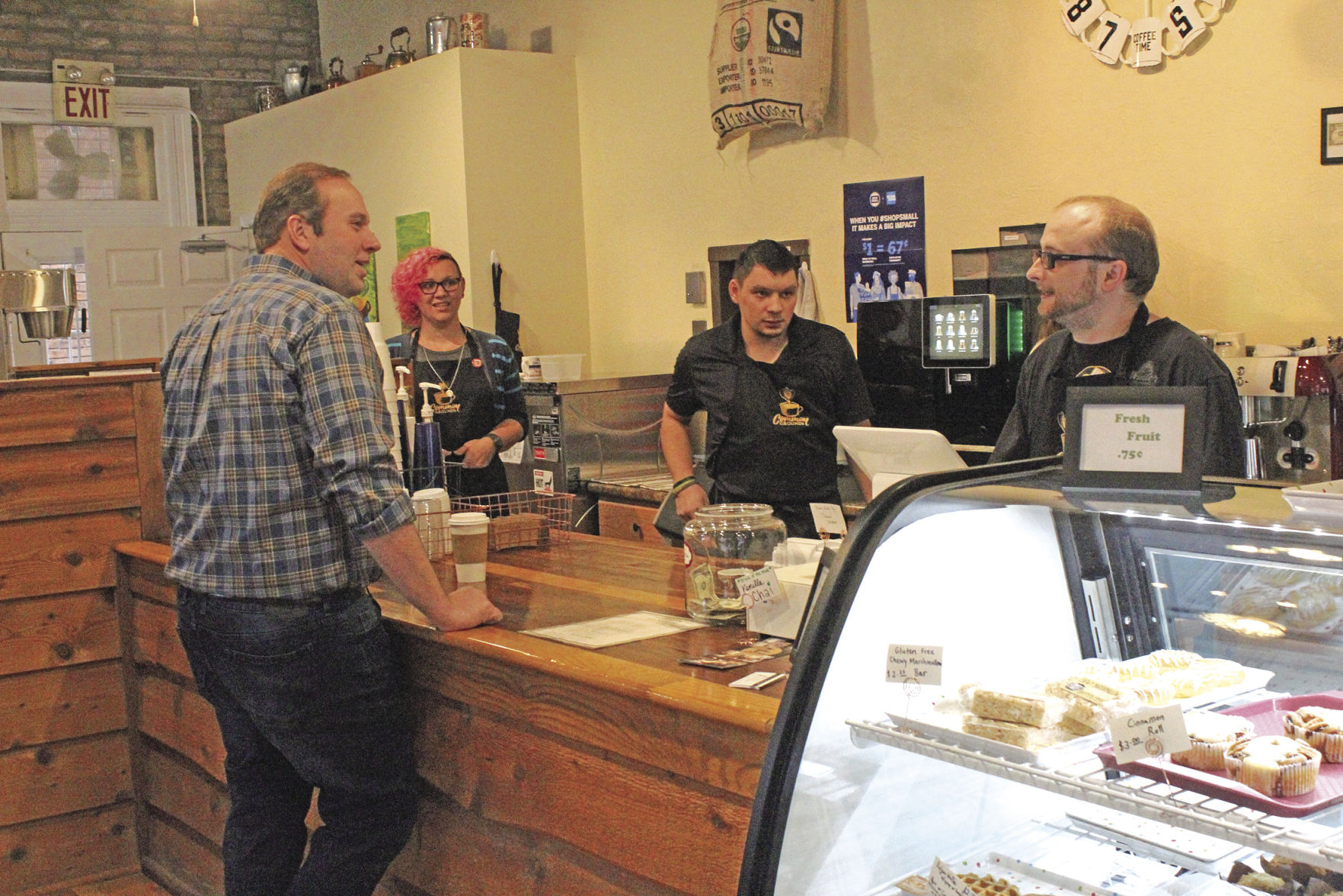 As someone who likes to see smaller government on the federal level and efficient local control, U.S. Representative Jason Smith enjoyed his trip to Common Grounds Coffee House in Ste. Genevieve last Thursday for more than just a cup of hot chocolate,

Smith visited with three members of the Ste, Genevieve County Board for the Developmentally Disabled [Senate Bill 40], which operates the coffee shop, and one of the managers, Hannah Henderson, as well as some of the employees.

The Senate Bill 40 board came up with the idea of operating a coffee shop in downtown Ste. Genevieve — at 10 S. Third Street — as a way to provide job-skills training opportunities for special needs individuals.

The shop opened three months ago, and Smith had hoped to attend the opening ceremonies but was unable to due to commitments in Washington, D.C.

“My team has been been telling me about the new venture here in Ste. Gen.,” Smith said after his visit last week. “It’s so unique and clearly very special. The community is on top of it, and I love the atmosphere.”

Smith said part of the reason for his visit was to meet with Senate Bill 40 board members to find out how the federal government might be able to support its mission.

See complete story in the January 29 edition of the Herald.