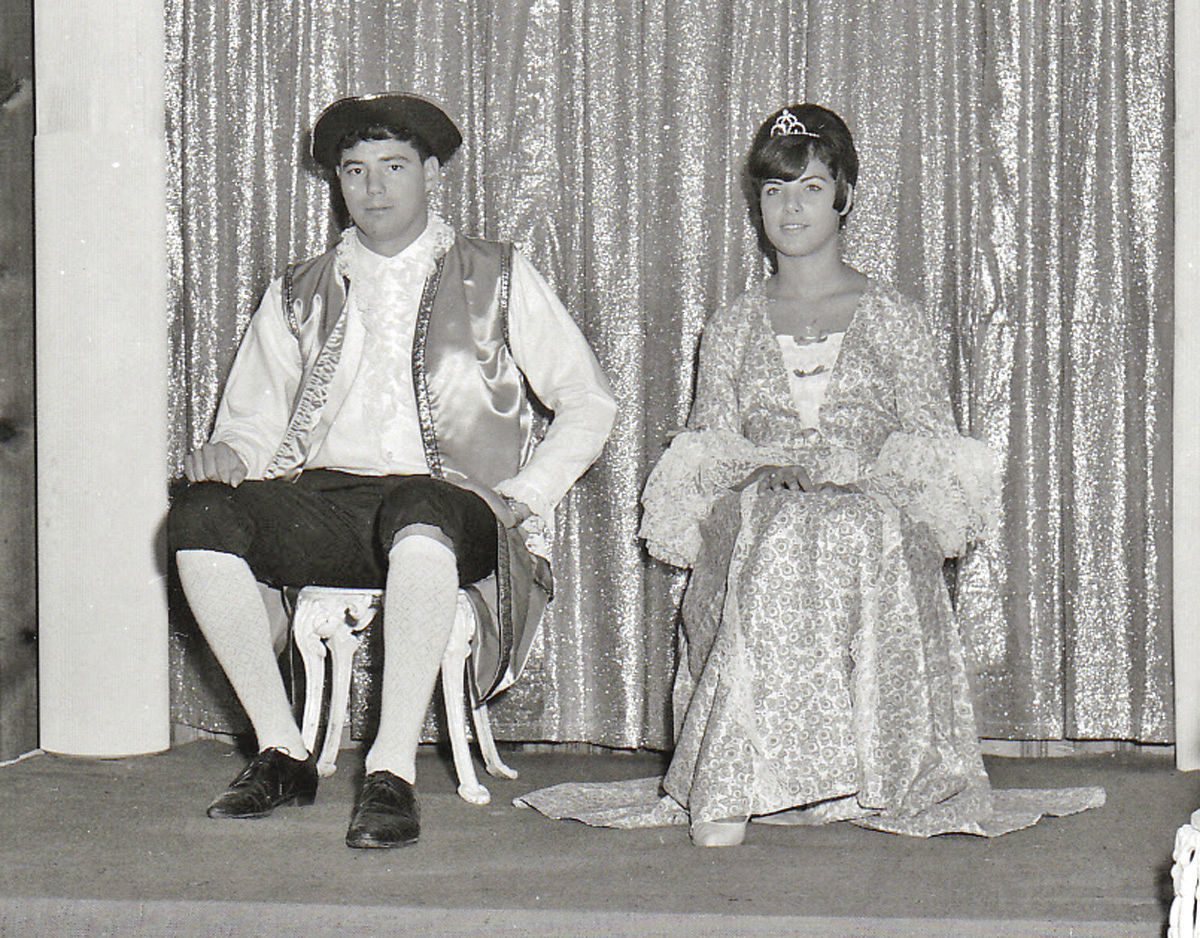 This year being leap year, the annual dance to end the Christmas season in Ste. Genevieve will be a Queen’s Ball instead of the traditional King’s Ball.

The annual event is set for Saturday, February 1, at the Ste. Genevieve VFW Hall.

In colonial times, the dance took place on January 6, the feast of the Epiphany or Three Kings, and the proper French name for the event was Bal des Rois.

Travelers who came through Ste. Genevieve and mid-Mississippi Valley around 1800 remarked on not only the King’s Ball but also the many dances held between the Epiphany and Mardi Gras, the Tuesday before the beginning of Lent.

Christian Schultz who traveled through the area in 1807 and 1808 wrote that “Ste. Genevieve does not seem to be in want of amusements. … One ball follows another so closely in succession that I have often wondered how the ladies were enabled to support themselves under this violent exercise. … The balls generally open at candle-light, and continue till ten or twelve o’clock the next day.”

Henry Marie Brackenridge, a young boy sent to Ste. Genevieve to learn French in the 1790s, commented that there were weekly balls for the youngsters in the community.

He wrote, “I sometimes went with the other children to the ball, which was by no means a place of frivolity, but rather a school of manners. … The strictest decorum and propriety were preserved by the parents who were present — no confusion or disorder was permitted. The minuet was the principal dance.”

Early writers related different approaches taken at the ball with regard to the selection of the kings and queens.

Wilson Primm, an early St. Louis historian, wrote that the custom there was that a cake with four beans was served to the ladies first. Those finding the beans were named queens and they selected four kings. At the end of the evening, these kings selected new queens who in turn selected new kings who were responsible for funding the next ball.

John Maley who traveled the American frontier from 1808 to 1813, wrote that if a stranger came to Ste. Genevieve, he would be invited to the ball and the hosting king and queen would honor him by naming him king for the evening. He was then expected to select a queen and reign over the festivities for the night. He was also expected to pay for the next ball, often to the tune of $100. Maley indicated that sometimes the new king would skip town before the ball, leaving the queen in despair.

There are not many references in the Ste. Genevieve newspapers about either a King’s Ball or a Queen’s Ball in the time period from 1870 to 1960. Around the turn of the 20th century, the ladies did hold leap year balls and calico balls which must have been similar to the 1950s and 1960s Sadie Hawkins dances.

Beginning in 1966, the tradition of the King’s Ball returned to the Ste. Genevieve social season as part of Jour de Fete. The first ball, in the first year of Jour de Fete, took place at the Knights of Columbus Hall. Irvin and Rose Palmer were crowned king and queen of Ste Genevieve. For the next seven years, the event was held at the VFW hall during Jour de Fete. Bands included the Bob Donze Orchestra, Glenda and the Keytones, Jack Stalcup, the Jack Trapp Orchestra, Allen Martin and the Drifters, and the Holtman Brothers Band.

From 1975 through 1984, there was no dancing but kings and queens were selected from those dressed in period clothing. The locations varied from the Valle Desert, Jean-Baptiste Valle House, Inn St. Gemme Beauvais, Felix Valle House and the Courthouse Lawn.

The dance returned as part of the festivities in 1985, and the date of the ball was changed to February. The ball was then held in the Knights of Columbus Hall until 1995, with the exception of 1992 when it was held in the Orris Theatre.

1992 was the first year of a Queen’s Ball, and Jackie Linge was crowned the first queen. But the first Queen’s Ball was not without some mystery. A small figure of the Christ child used to select the queen and three beans to select the attendants had been baked in the cake. When all the cake had been eaten, no one claimed to have found the small Christ child figure. The ball committee decided to honor the first person who found a bean, and that was Linge.

Other King’s Ball and Queen’s Ball trivia includes the 1991 beginning of a romance when Ron Jones, an out-of-town friend of the local Wilhauks, found the Christ child but didn’t know any of the local girls. Marge Wilhauk, one of the event coordinators, suggested he ask their friend Mary Stewart to be his queen. Later that year, they began dating and were engaged by the time of the 1992 ball. They were married later that year.

In the early years of the revival of the King’s Ball, kings were selected by finding purple, pink, white and gold beans in the cake. The person finding the purple bean was declared the overall king. Pieces of the cake were distributed to the men as they entered the hall.

There have been rumors abound about someone finding the Christ child figure but did not want to be in the spotlight, so he passed it on to a friend who was crowned king of the ball. The legend is that this false king also took the Christ child figure so that he would be king for life. Subsequently, every year, the figure is marked in a special way so that no one can scam the selection process.

In 1983, only a queen was chosen via the costume contest as there were not enough men in period dress.

Jack and Mickey Koetting have been king and queen twice along with also once being attendants. Susan Wilhauk was also queen twice, and Bill Naeger has been king twice.

The band, Cash Rebates, began playing and calling the dances in 1987 and has done so ever since.

Les Petites Chanteurs have served as the opening act since 1990.

The King’s Ball Committee began honoring local citizens with the titles of La Dame and Le Chevalier in 1995.

In a 2008 Associated Press article, event co-organizer Mickey Koetting was quoted as saying “It’s as much fun as you can have in Ste. Genevieve with your clothes on.”