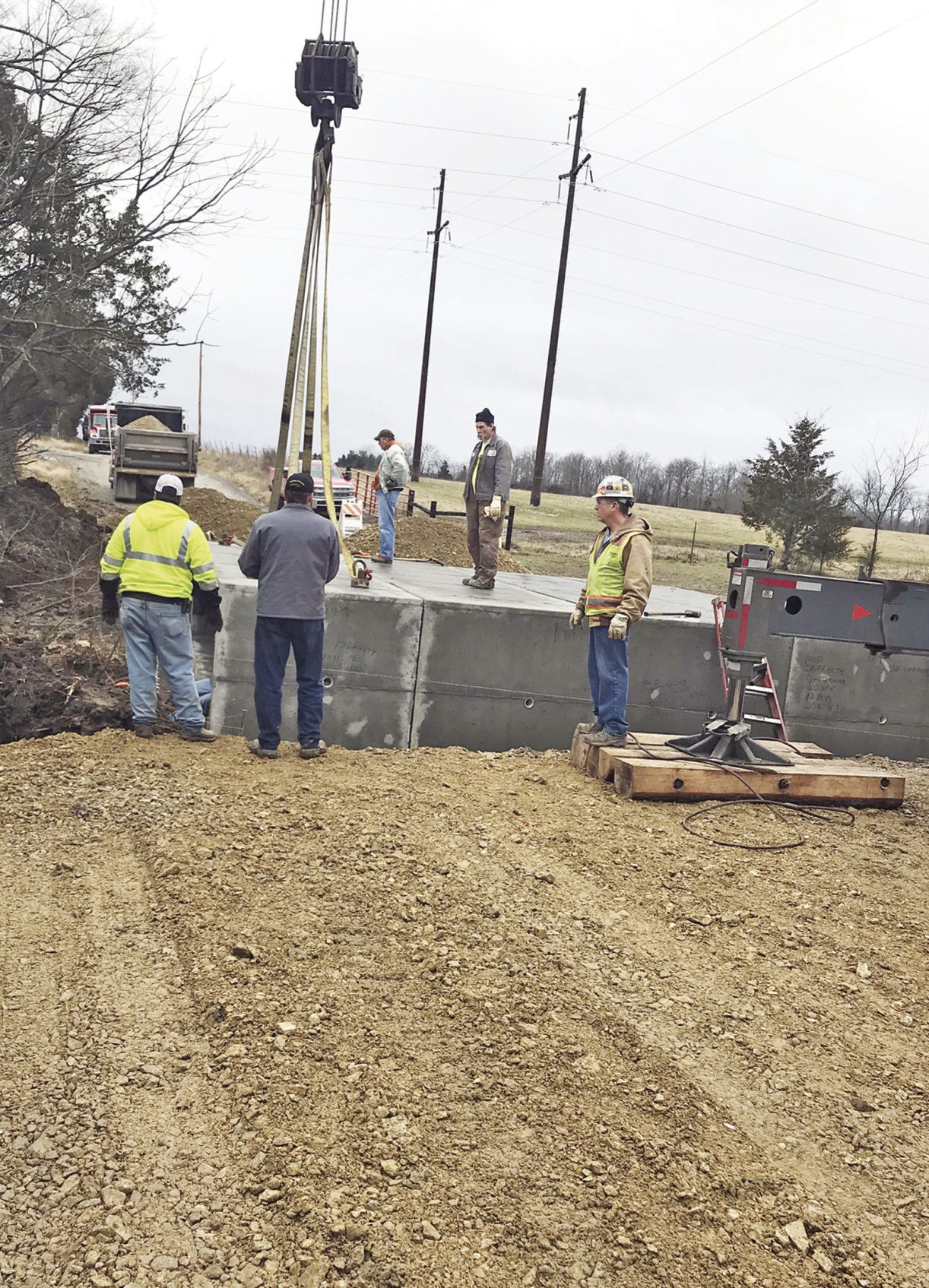 Despite some unexpected complications, the new box culvert was installed on Gillespie Road on January 15.

Little went according to plan, though, according to Ste. Genevieve County Presiding Commissioner Garry Nelson.

County road and bridge personnel were going to remove the old slab on January 13, saving the county some money by doing the job in-house. Then, on January 15, McCann Concrete was to have the sections of the concrete box culvert delivered early in the morning, with Budrovich Crane Service moving the pieces into place. Things seemed to be in place for a seamless bridge replacement.

However, road and bridge crews were tied up on January 13 doing repair work on county roads necessitated by 5 to 6 inches of rain on January 10. Therefore, the road crew was not in position to do the slab removal.

Nelson stressed that with everything set up for January 15, it was imperative for the old slab to be removed and the site prepared for installation of the new one before that date. Rescheduling the January 15 installation date would have been out of the question, he said.

“They have to get special permits to haul it on the highway,” Nelson said. “The power has to be shut off to the lines that will be in the way.”

Rescheduling would have been a nightmare anyway, but the good weather that week was rare for January.

“We had to take advantage of the window for good weather.” Nelson said.

A reschedule might have been almost impossible before spring.

Sanford-Roth Construction, a firm the county has worked with on previous projects, agreed to do the work at the last minute to remove the old slab. Nelson said there was no time to go through the standard bid process for that job.

Everything seemed to be set for January 15.

However, two of the three trucks bringing the culvert sections got lost, passing up the turn-off point and had to be chased down.

Then, one of the trucks backed off the road, knocking over a utility pole and getting stuck in a ditch. A wrecker had to be called to get the truck out.

Despite this, the work was only delayed a few hours.

See complete story in the January 22 edition of the Herald.