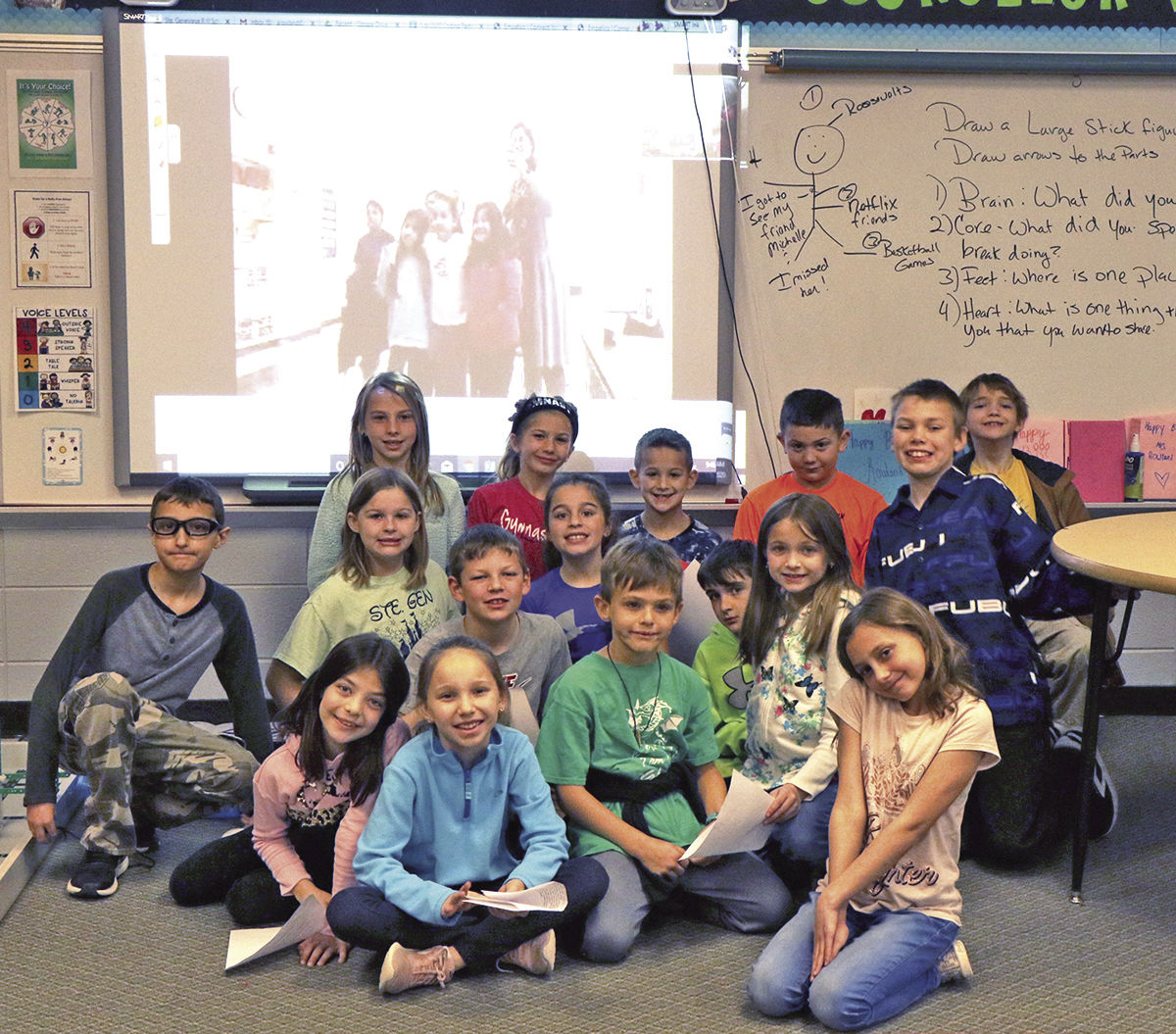 Students in three third grade classes at Bloomsdale Elementary recently had the opportunity to meet and get to know students in three other classes from around the country via video call.

Counselor Amy Rowland launched the global collaboration with the intent of connecting the students with others from different regions.

At a recent Southeast Missouri State University School Counselor Association conference, Rowland learned about a website that connects educators and their classrooms. She decided to integrate this project with her third grade grade-level expectations on personal and social development, which include the following guidelines:

— That students understand themselves as an individual and also as members of a diverse global community; and

— That students interact with others in ways that respect individual and group differences.

Dana Bowen’s class met another class in Beverly Hills, Michigan, which is a suburb of Detroit, and Sherry Koonce’s class met a group in Gillette, Wyoming.

While both of these meetings focused on a get-to-know-you angle, the third group, Jennifer Kirchner’s class, met with a small group of students in an English As a Second Language (ESL) class in Holly Hills, New Jersey. The two collaborated to create a unit on weather, where the students in the ESL class wrote a short introduction about themselves to practice expressing themselves in English, talking about the weather patterns in their area and asking questions of the Bloomsdale Elementary students about the weather in Missouri. The Bloomsdale Elementary students had also done research on weather patterns and formations and had prepared a list of questions for the students in New Jersey about their area. Some of the topics discussed included tornadoes, hurricanes, access to beaches and public waterways, flooding and earthquakes and their effects on the area.

After the global collaboration sessions, Rowland debriefed with the students to discuss the similarities and differences they noticed between themselves and their peers across the country. Each of the three classes from other states were located in more suburban areas, which offered the Bloomsdale students another perspective.