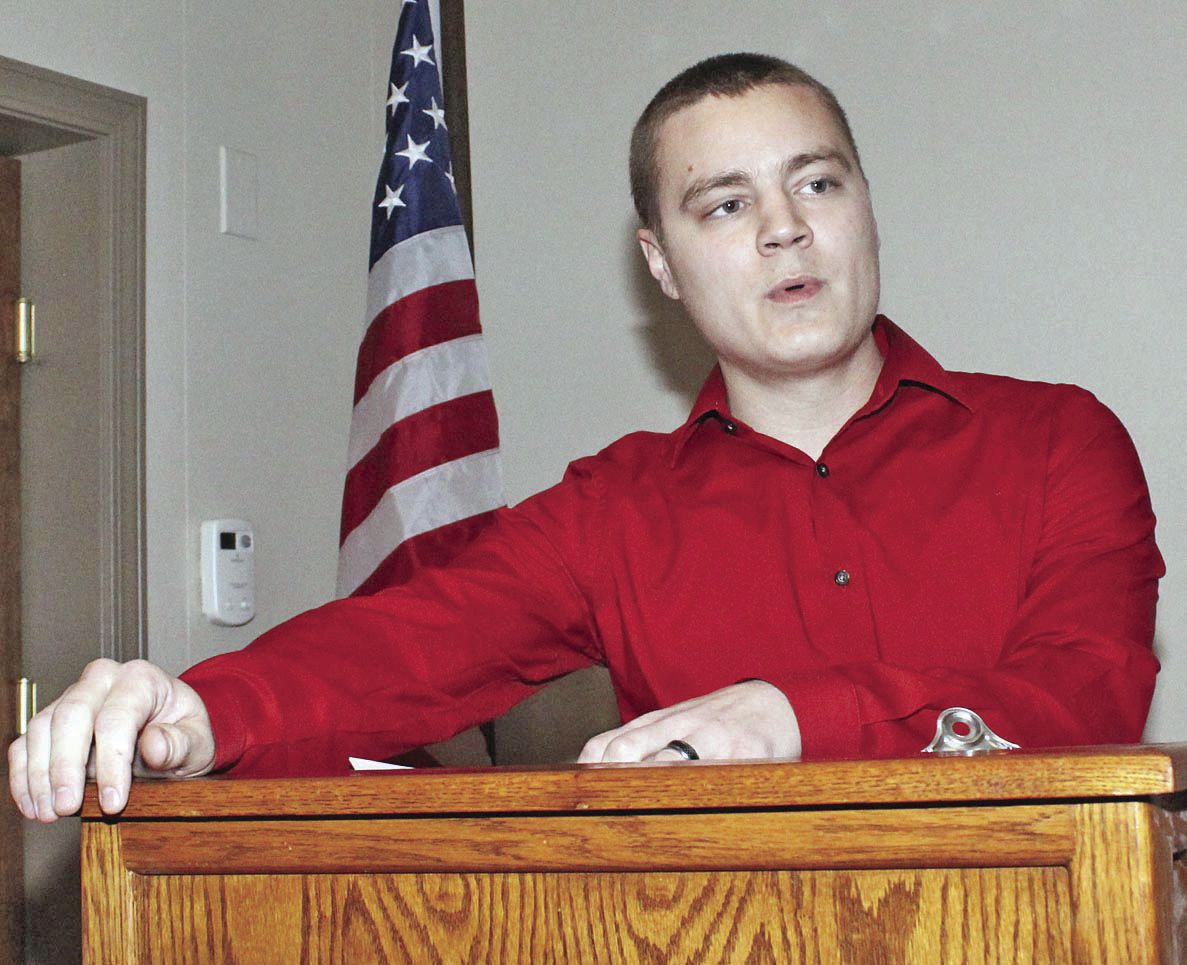 Two local men announced their candidacy for public office at the monthly meeting of the Ste. Genevieve County Republican Club on January 7.

Club president Bryant Wolfin announced that he was resigning as both club president and as Ward 4 alderman for the city of Ste. Genevieve, to seek the District 116 seat in the Missouri House of Representatives currently held by Dale Wright.

Wolfin said he anticipates that Wright will run for the District 3 State Senate seat currently held by Gary Romine rather than running for a second term in the Missouri House. Romine will reach his term limit in the Senate in 2020.

“After multiple discussions with my wife Megan, I think now is the best time for me to pursue the state rep position for District 116,” Wolfin said.

Wolfin and his wife run a pair of convenience stores in Valles Mines [St. Francois County] and Fredericktown [Madison County] and have a young son and daughter, with a third child on the way.

He grew up in Bloomsdale before his family moved to Terre du Lac. He graduated from West County High School in Leadwood, then received an associate’s degree in business from Mineral Area College. After living in Desloge, Park Hills and Bonne Terre, he moved to Ste. Genevieve six years ago.

He said his children are the main reason he is getting involved in state politics.

“They are one of the main reasons I am seeking this seat,” he said. “I want to make sure the government stays out of their way.” …

Ruzicka, whose aldermanic term expired in April 2019, announced his candidacy for Gettinger’s commission position, saying he will file the first day of filing later this year.

“I will go down and file as a candidate, as a Republican, of course,” Ruzicka said. “I really don’t have anything else to say other than I’ve been a conservative my whole life. I think everybody in this room, we’re all on the same page as far as our belief systems.”