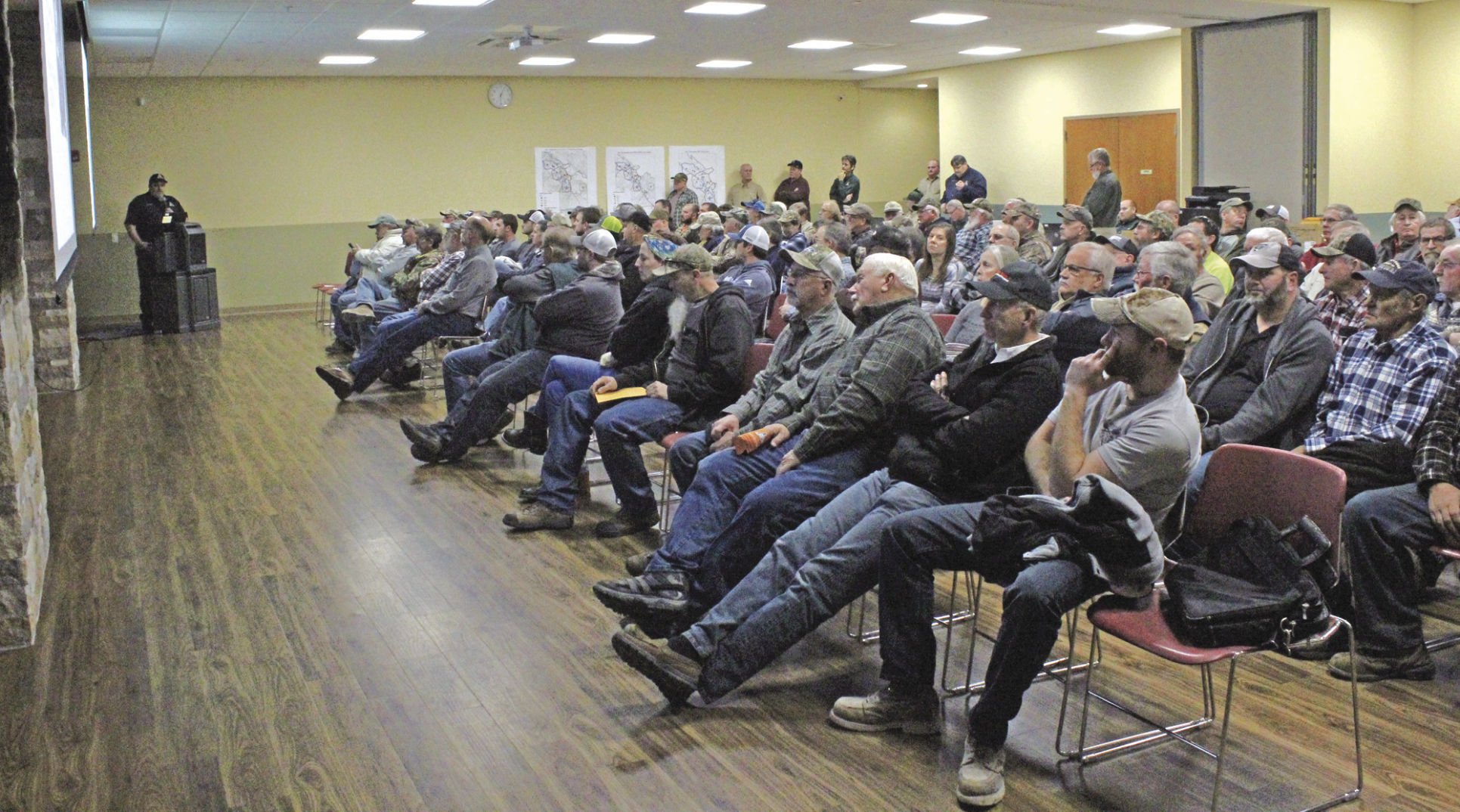 Missouri Department of Conservation (MDC) personnel were back in Ste. Genevieve County last week for presentations on Chronic Wasting Disease (CWD) and to offer property owners the opportunity to participate in culling the deer population to prevent the spread of the disease.

CWD is a disease of the nervous system for deer and members of the deer family — including moose and elk — that is eventually 100 percent fatal.

There is no cure or way to stop it.

“Once it gets started, it is going to move slowly and surely through the population,” said Matt Bowyer. regional wildlife biologist for the MDC, who conducted meetings last week at the Ste. Genevieve County Community Center and Country Music Associates Hall in St. Mary.

“It makes the brain into a sponge,” Bowyer said. “That deer loses function and will perish from that.”

Eight deer tested in Ste. Genevieve County from the 2020 firearms season were found to have CWD. Three of the deer were north of Highway 32, which meant the MDC established a new management zone in the county.

About 900 letters were mailed to landowners with 5 acres or more within the Ste. Genevieve County area this year to invite them to the meetings and inform them of the culling operation.

Property owners within 10 miles of the infected deer can hunt deer on their property from January 16 to March 15 with the idea of killing any infected deer who might spread the disease to other parts of the county.

Deer who have contracted CWD may take up to 18 months to show symptoms. …

Of the three that tested positive north of Highway 32, two were hunter-harvested and the other was observed this fall as being sick. It was the first deer in the area documented as showing symptoms of the disease, and it was put down after the landowner contacted MDC.

Bowyer said MDC will continue to take steps during the hunting seasons in management areas to stop the spread of the disease.

The targeted post-hunting season culling gives landowners and those they allow to hunt on their property permission to kill an additional given number of deer. MDC hunting teams also are available to hunt on the property.

“This is not an extended hunting season,” Bowyer said. “This is a management tool we use to manage the disease.