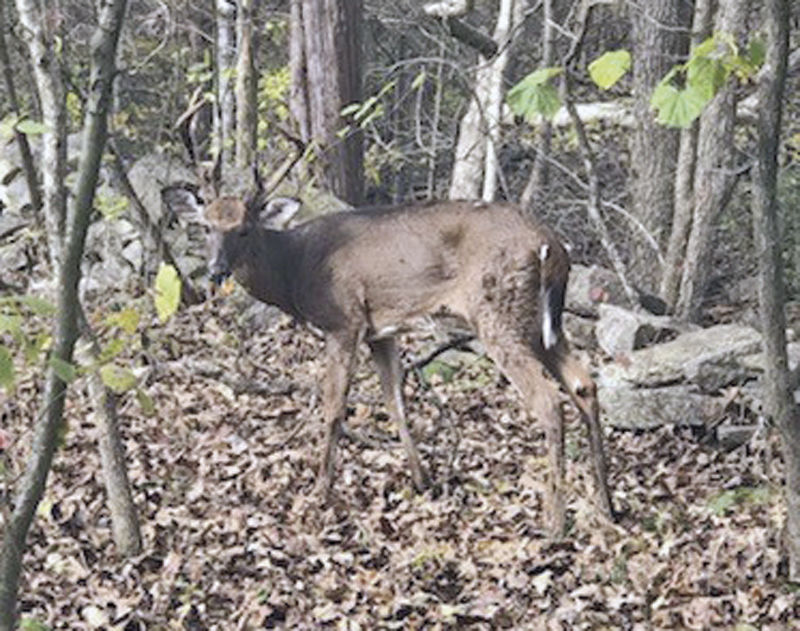 The Missouri Department of Conservation (MDC) announced that fall sampling for Chronic Wasting Disease (CWD) resulted in seven new positive cases of the disease in Ste. Genevieve and Perry counties.

All Ste. Genevieve County landowners are invited to attend.

One of the positive tests resulted from a deer found wandering on Ste. Genevieve County property, visibly sick and unresponsive.

“The landowner called the conservation agent to report a sick deer wandering on his property,” said Matt Bowyer, MDC’s wildlife regional supervisor. “The deer was not alert, had that ‘wasting away’ physical appearance. We advised the landowner to go ahead and put the deer down and when the test results came back, it was positive for CWD.”

The deer was tested for Hemorrhagic Disease and CWD. To test for CWD, biologists sample lymph nodes from just below the skull of a deer. The test is always completed on deceased animals. Bowyer said the occurrence of witnessing a live deer with CWD brings home the importance of the disease to Missouri’s deer herd.

“Until this deer, our local positive cases were from deer taken during deer season or in management efforts,” Bowyer said. “Although the sickly appearance is what will eventually happen to a deer that has CWD, it takes a while for the disease to progress to that point and the clinical sickness generally is short lived before the deer dies.”

By “a while,” Bowyer meant it can take up to an average minimum of 18 months for CWD to run its course and become fatal, which is inevitable once a deer has the disease.

“CWD is always fatal for deer,” he said.

As the disease continues to be present, MDC will begin working with landowners in the CWD core area, which in southeast Missouri encompasses portions of Ste. Genevieve and Perry counties. MDC has sent letters to landowners within two miles of any known CWD positive deer, with invitations to the informational meetings.

“Especially now that we see CWD has spread within our management zone, we can’t stress enough the importance of landowners working with us to reduce the spread of the disease,” Bowyer said. “Our goal is a healthy, sustainable white-tailed deer population in these areas, but without help from private landowners, that goal could be lost.”

There are three actions that will help limit the spread of CWD.

First, MDC urges landowners within the affected zone to work with MDC to manage their deer.

Second, mineral blocks and grain feeders should not be used to supplement deer diets. Anywhere deer congregate unnaturally to feed, whether it’s at a mineral block or a grain feeder, can increase disease transmission. It’s better for deer to naturally graze as they move along, than for them to be up close and have a higher chance of picking up CWD positive prions from another deer.

Third, all hunters should quarter their deer where they harvest it, to avoid moving the deer carcass and spreading disease, or take the carcass to a landfill.

These three actions are the most practical methods to reduce the spread of CWD.

“The more we work with landowners, the more our goal of a healthy deer herd will come into focus,” Bowyer said.

For more information about CWD go online to www.mdc.mo.gov/cwd. Landowners who may be affected and would like to work with MDC to limit the spread of CWD can contact MDC’s Southeast Regional Office at 573-290-5730 or by e-mailing SERegion@mdc.mo.gov.

(Information in a release and e-mail from the Missouri Department of Conservation.)