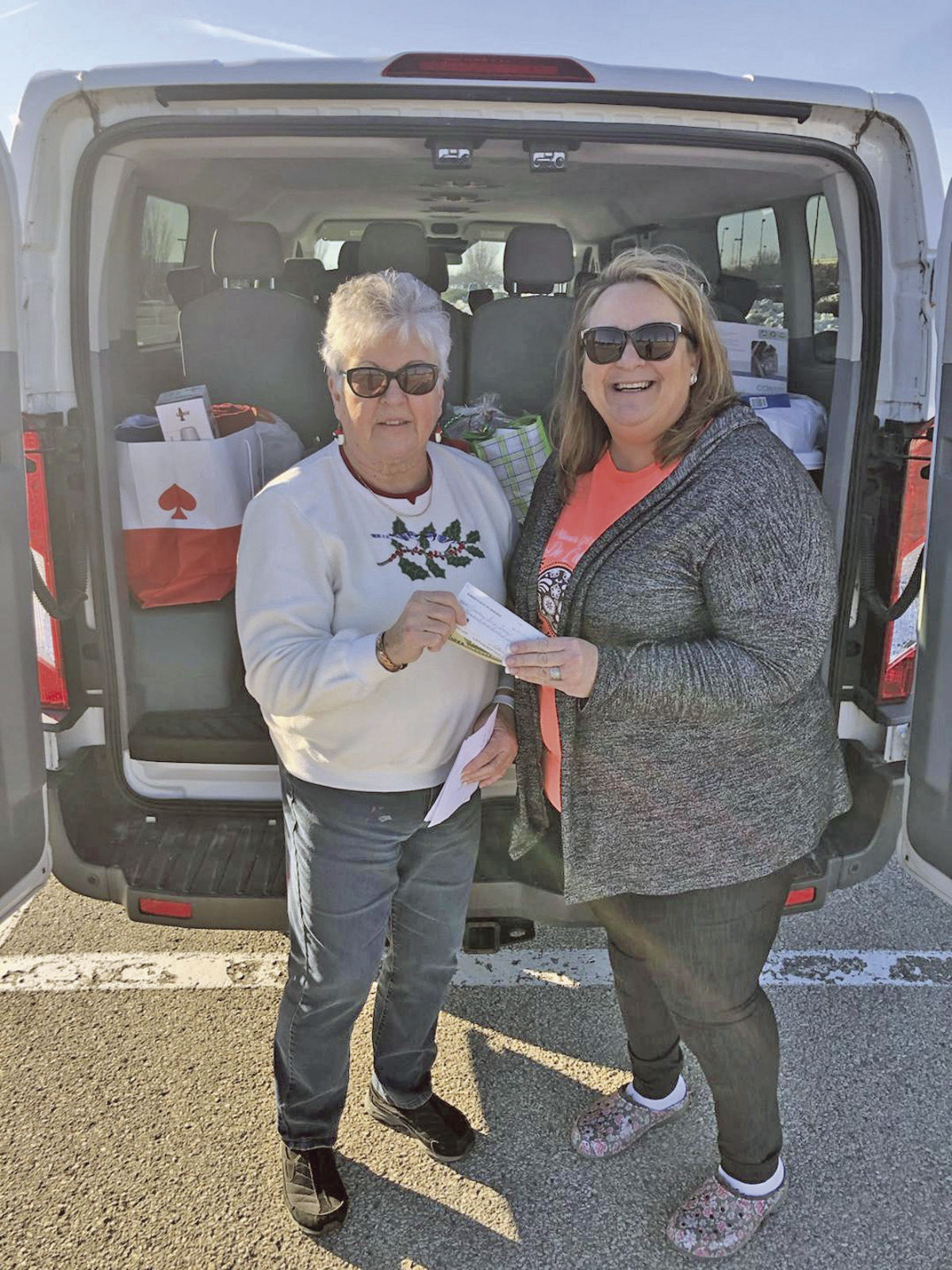 Although the weather outside had decorated the landscape in icicles, the December meeting of the GFWC Woman’s Club of Ste. Genevieve was filled with warm good cheer.

The main dining room at Weingarten Vineyard was filled with club members exchanging greetings among stacks of gifts for those in need.

Following lunch, club members tried to outbid each other for the most desired desserts, crafts and baskets donated for the auction.

Member Sandy Stewart returned this year as the auctioneer, and good-natured competition over the most unique items gave way to several bouts of laughter.

The amusement also had a serious side. The benefactors of the money raised from this auction and the outright donation of gifts were a group of girls aged between 10 and 19 who have no home except Girls Town.

The facilities currently house more than two dozen girls, and many of their stories are heartbreaking.

The presents they receive from the Woman’s Club may be the only ones they get for Christmas.

The auction and 50/50 proceeds raised more than $1,800. Those funds and additional donated gifts valued at $3,000 were delivered to Missouri Girls Town one week before Christmas.

Both are attending Ste. Genevieve High School this year, and they spoke about the differences in personal freedoms, food (liver dumplings not favored), rules (classes can be chosen rather than assigned), and sports. DeLacerda is motivating the soccer players at his school with a love of the sport brought with him from South America.

The club will celebrate its 71st anniversary at the meeting on Monday, January 20, at the Rozier’s Country Mart Party Room. The meeting begins at 11 a.m.