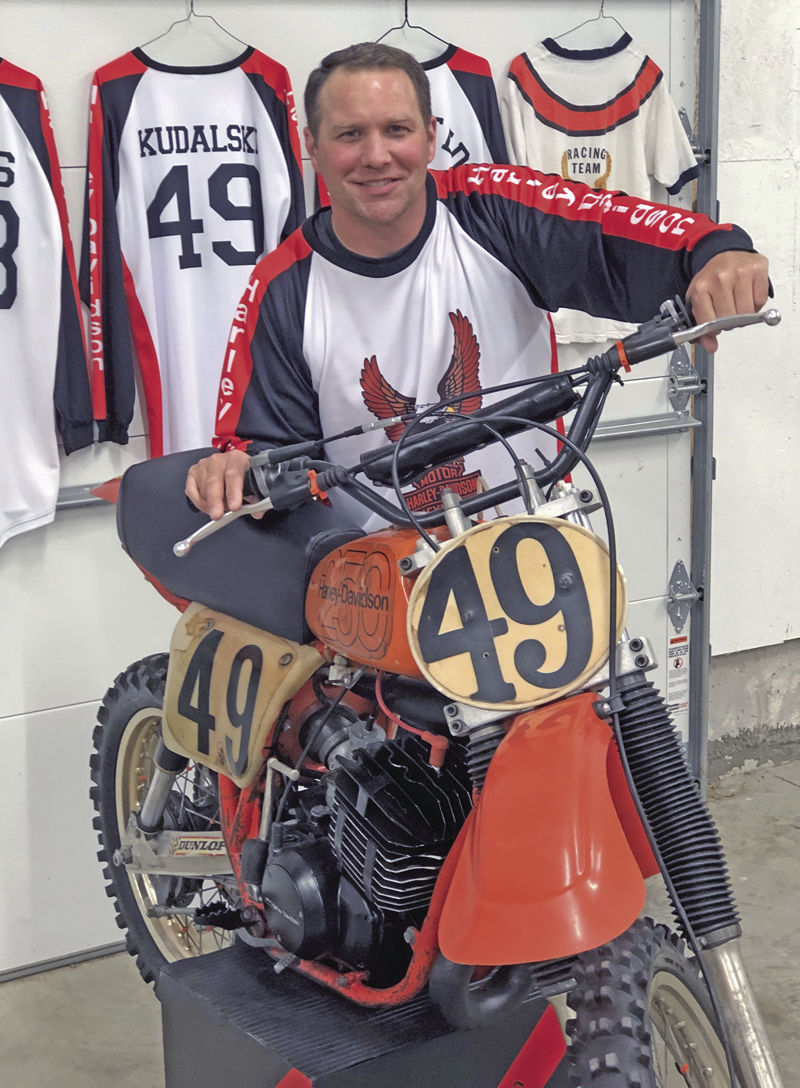 Taking a page from American Pickers, Keith Geisner goes full throttle as he works to uncover the history behind a mysterious barnyard find — one that will ultimately reunite a motocross team and reveal an important part of Harley-Davidson history in his new book, Finding #49 and America’s Forgotten Motocross Team.

The book was published in November by Archway Publishing, a division of Simon & Schuster.

Geisner is a 1995 graduate of Ste. Genevieve High School and an avid motorcyclist who has owned hundreds of motorcycles and ridden thousands of miles on backroads, trails, tracks, and highways. Geisner also is an engineer with more than two decades of experience in the automotive and aerospace industries.

His book uncovers the true story behind an all-but-forgotten piece of American motocross history.

After finding a rare Harley-Davidson dirt bike in a barn, Geisner set out to uncover its origins. Through extensive research, Geisner learned the bike was connected to the Harley-Davidson factory motocross (MX) team that was only in existence for three years, from 1976 to 1978.

He spent the next 18 months researching the team’s history, interviewing original team members, and conducting a preservation restoration of the bike.

“I’ve been riding, collecting and restoring bikes for more than half of my life,” Geisner said. “I never thought I’d have the privilege of owning a piece of American motocross history — or making connections and lifelong friendships with riders and industry icons I’ve admired most of my life. This has been one heck of an adventure — and one I simply had to share.”

The 148-page book is available through Amazon or directly from the Archway Publishing website at archwaypublishing.com.