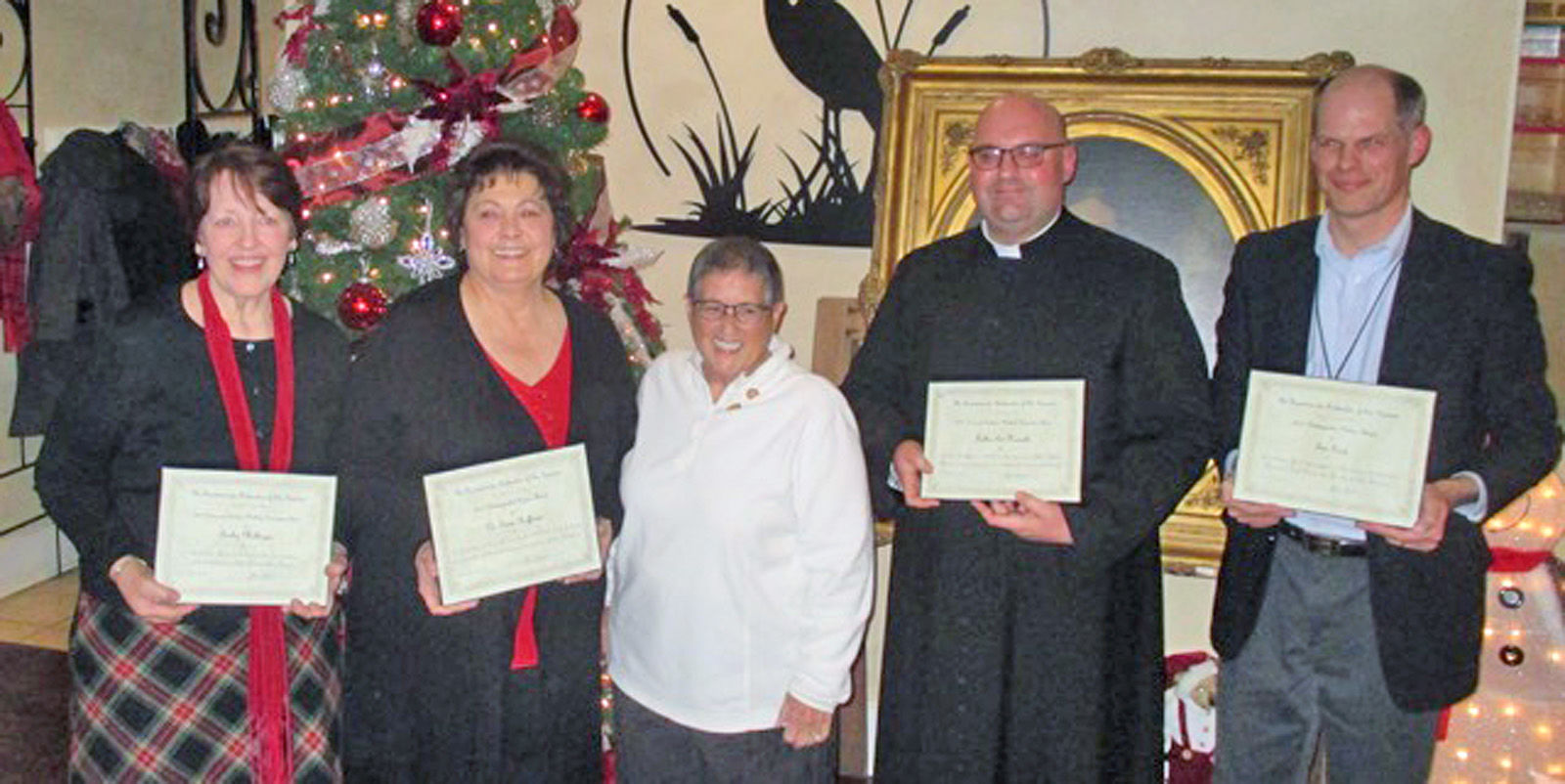 The Foundation for Restoration of Ste. Genevieve presented awards to four recipients at its annual Christmas Gala on December 15 at Audubon’s Grill and Bar.

An historic preservation award was presented to Rev. Ed Nemeth for the work he has done to stabilize  the Catholic Church of Ste. Genevieve.

That work includes stopping the water damage to the church foundation, replacing roof tiles and more. Also, church records of marriages, baptisms, and burials are being digitized. Researchers will soon have access to these at the library.

Becky Millinger was granted a preservation award for the work she spear-headed on the restoration of the Antoine Oneille House on Main Street.

That house had been deteriorating and now it is a showplace with very usable space for the Presbyterian Church, according to a release from the foundation.

Two awards were given for distinguished service.

Dr. Steve Hoffman and the Field School from Southeast Missouri State University were recognized for more than 20 years of archaeological work in Ste. Genevieve. Every summer the field school conducts two weeks of study in town.

Tim Good with the National Parks Service was recognized for his work in bringing the Sainte Genevieve Historical Park to reality.

A committee of foundation members annually chooses the recipients for these awards. The Historic Preservation Award is named for Harry B. and Constance Matthews, long recognized and very important to the efforts to preserve buildings, history and culture of Ste. Genevieve.

Foundation president Sara Menard said, “These four worthy award winners join a list of honorees dating from 1988. This year’s choices represent the good work that continues in town and showcases the importance of preservation. Congratulations to all of them.”

(Information in a release from the Foundation for Restoration.)