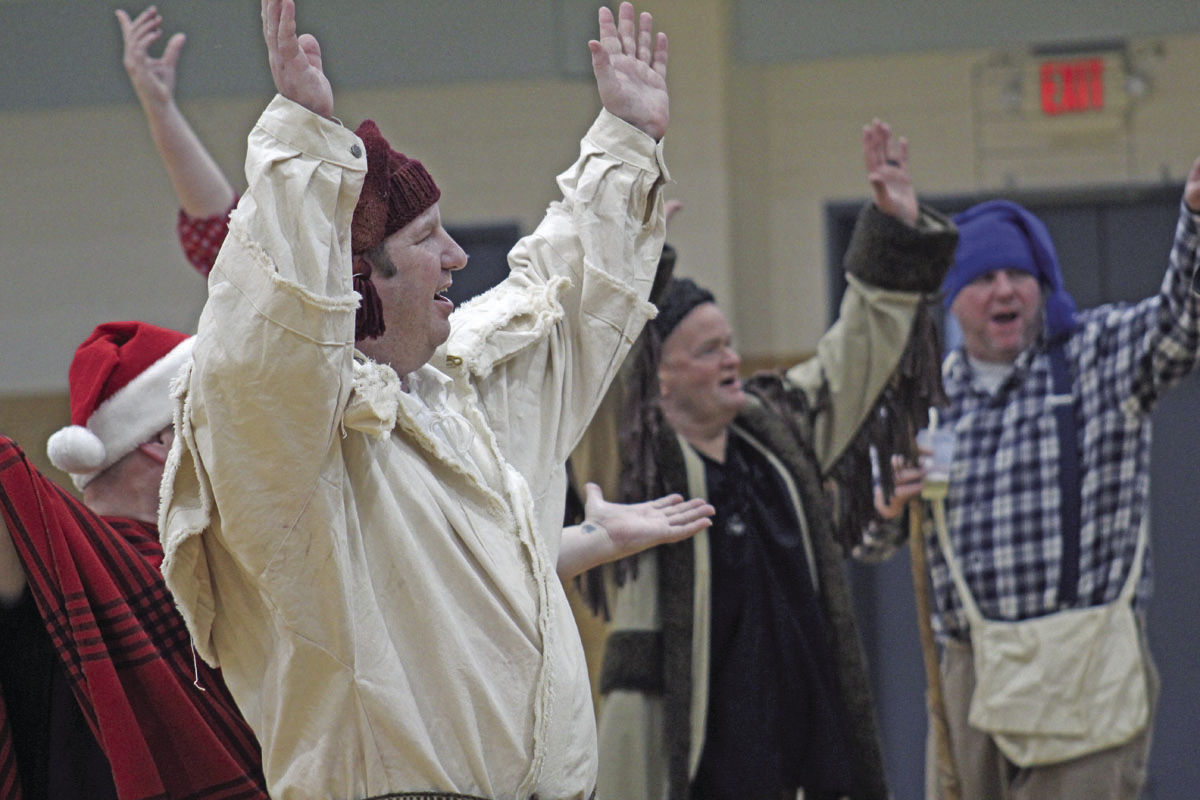 La Guignolee will have a new stopping place in downtown Ste. Genevieve this year when the troupe makes its annual New Year’s Eve rounds of restaurants, bars, clubs and public locations.

A tradition dating back to the 18th century, La Guignolee is a costumed troupe with a couple of musicians and several singers, including a leader — currently Mike Papin — who performs a solo during the last half of the song.

La Guignolee announced its schedule this year with a stop at Buddy’s Place restaurant, which relocated this year from Highway 61 to Washington Street in the downtown historic district. The stop there is anticipated for around 7:35 p.m.

La Guignolee also will be stopping this year at the Point, under new ownership, at the intersection of Highway 32 and Highway 61, around 9:30 p.m.

La Guignolee was featured in the December issue of Missouri Life magazine, in an article written by Evan Henningsen, who also took photos of the troupe during last year’s performances. The article calls La Guignolee “possibly the oldest continual tradition of European origin in Missouri.”

La Guignolee also is selling CDs of the song as a fundraiser. To purchase one, contact Pete Papin at 573-535-0184.