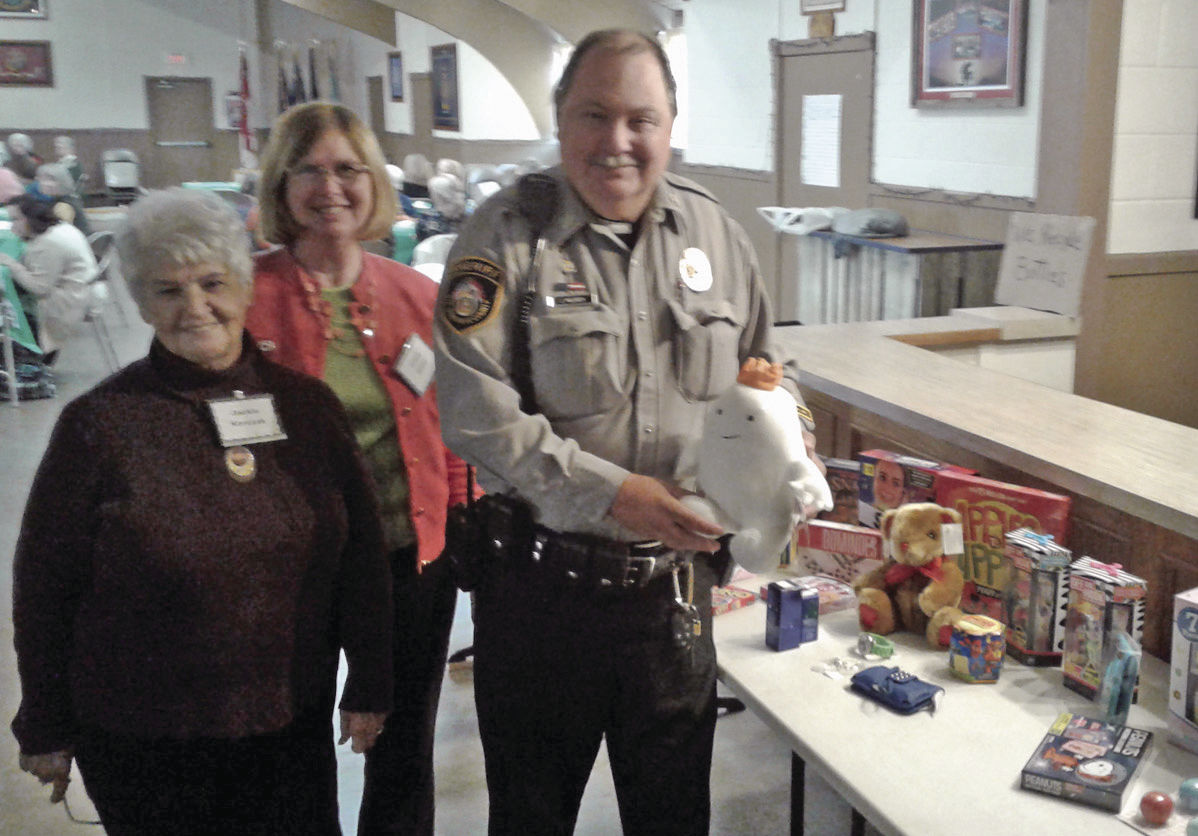 Chief among the goals of the Woman’s Club of Ste. Genevieve is to support efforts toward the betterment of life in the community.

The first speaker, Jason Schott of the Ste. Genevieve County Board for the Developmentally Disabled [Senate Bill 40 board], spoke of the launch of the Common Grounds Coffee House to provide employment opportunities to developmentally disabled individuals with higher function.  The program, under the auspices of Senate Bill 40, also partners with the Ste. Genevieve High School’s transition program towards acquiring job skills.

The second speaker, Kara Burt, represented the Community Counseling Center. She works closely with the departments of Mental Health and Vocational Rehabilitation. The aim of the counseling program is to help people with disabilities get jobs. A benefit-planning person on staff also helps some of those receiving disability income get off that program and get jobs in the community to become productive members of society.

The club continued its annual sponsorship of the Shop With A Cop project, headed up by Ste.Genevieve County Sheriff’s Office deputy Jeff McCarty. The Sheriff’s Office coordinates this program with the Ste. Genevieve City Police Department and the local office of the Missouri State Highway Patrol. In addition to the 40 toys brought in by club members for the toy drive, the club presented McCarty with a check for $500, mostly made up of individual donations.

Announcements were made about the December 16 club meeting at Weingarten Vineyard. The meeting will benefit Missouri Girls Town with an annual dessert, crafts, basket auction. For information, contact club President Naomi Glassey at 314-630-9896.