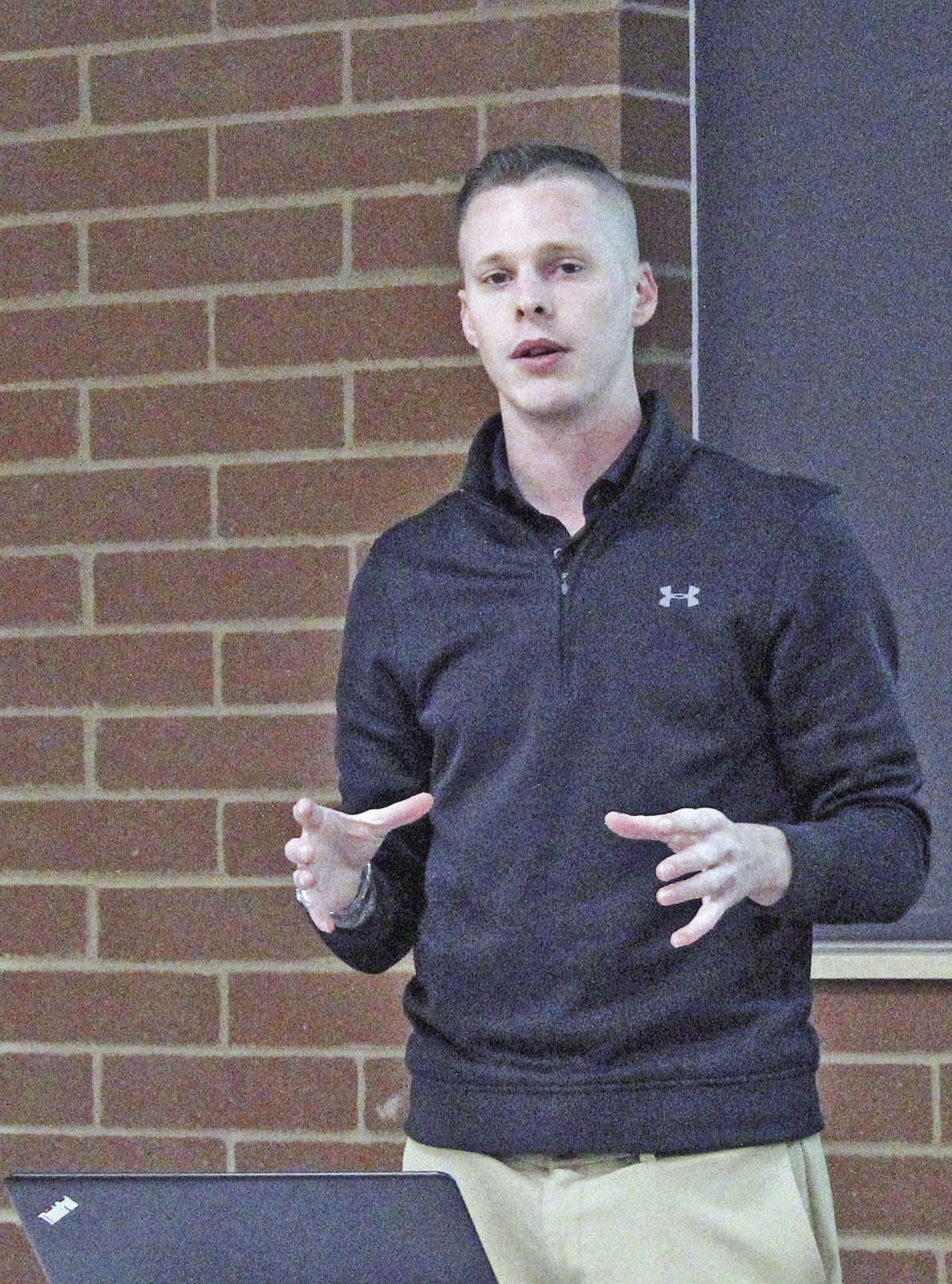 A small but involved crowd heard Colton Baker of the St. Louis National Council on Alcoholism and Drug Abuse (NCADA) office speak on opioid addiction and the importance of Narcan on December 3 at the Progress Sports Complex.

Baker filled in for Brian Costerison of the same office, who is project manager of the Missouri Heroin Overdose Prevention Education [MO-HOPE] program.

Much of what Baker went over had been covered by Browning and Craig.

He said heroin overdoses spiked in 2010 and 2011, following the legalization of marijuana in some states, and that fentanyl overdoses leaped in 2013 and 2014.

He also showed a slide that showed each county’s heroin death rate. Ste. Genevieve County is in a cluster of counties around St. Louis city and county with high rates. Baker explained that this is because St. Louis is the state’s leading supply base for heroin.

Baker also said that heroin deaths are dropping, while fentanyl deaths are increasing.

“Fentanyl is a chemical compound. The blueprint for it is on the internet. So, if you understand chemistry, you can literally produce fentanyl. So what happened is these massive warehouses were opened up that started producing fentanyl. It’s easier to produce, it’s faster and it’s cheaper to produce.”

See complete story in the December 11 edition of the Herald.