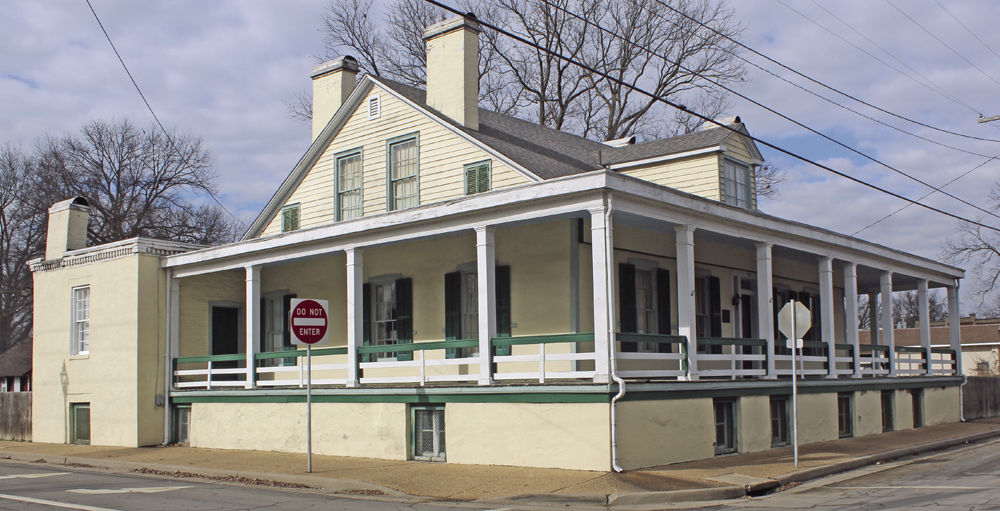 The National Society of the Colonial Dames of America in the State of Missouri issued the following news release on Wednesday, December 4 (More information in the December 11 edition of the Herald):

The National Society of the Colonial Dames of America in the State of Missouri (NSCDA-MO) is pleased to announce that they are in the process of completing the paperwork for the transfer of the Jean-Baptiste Vallé House to the United States Department of Interior, National Park Service for its inclusion in the Sainte Geneviève National Historical Park. NSCDA-MO is also pleased to announce that they have entered into a contract with French Colonial America (FCA) for the transfer of ownership to FCA of four historic properties — the Bolduc House, the LeMeilleur House, the Beauvais-Linden House, the François Vallé fils House — and the Centre for French Colonial Life, exhibit and education facility.

After over seventy years of historic preservation efforts in Sainte Geneviève, the NSCDA-MO Board of Managers and membership voted to approve these changes. Their purposes were: to help facilitate the establishment of the Sainte Geneviève National Historical Park with the donation of an extremely significant historic property, to support the growth of heritage tourism as a vital part of the economy of Sainte Geneviève, and to continue the progress that FCA has been making with programming and management of their properties.

In the last year, NSCDA-MO’s leadership had considered various options as to the future of these properties. After consultation and deliberation of the possibilities with their key partners, it was determined this was this is the best and most practical course of action, and provides a solid future for historic Sainte Geneviève.

“The Jean-Baptiste Vallé House will be a great addition to the Ste. Genevieve National Historical Park,” said Senator Roy Blunt. “Generations of people in the Ste. Genevieve community have worked to preserve this property and all of the other national treasures in Missouri’s oldest town. I’m grateful for this gift from the National Society of the Colonial Dames of America in the State of Missouri as we move forward with the park.”

“French Colonial America is excited and honored to have an opportunity to partner with the National Park Service as well as the other groups and individuals within Sainte Geneviève. We look forward to continuing and expanding important collaborative efforts necessary to preserve and share the unique stories of this community.” says Tandy Thompson, President of French Colonial America.

Christy James, President, NSCDA-MO wants to emphasize that they are not ending their relationship with Ste. Geneviève’s unique history. NSCDA-MO will continue to own the rich and important collection of historic artifacts on exhibit at the properties, and which will remain on site as a loan to French Colonial America.