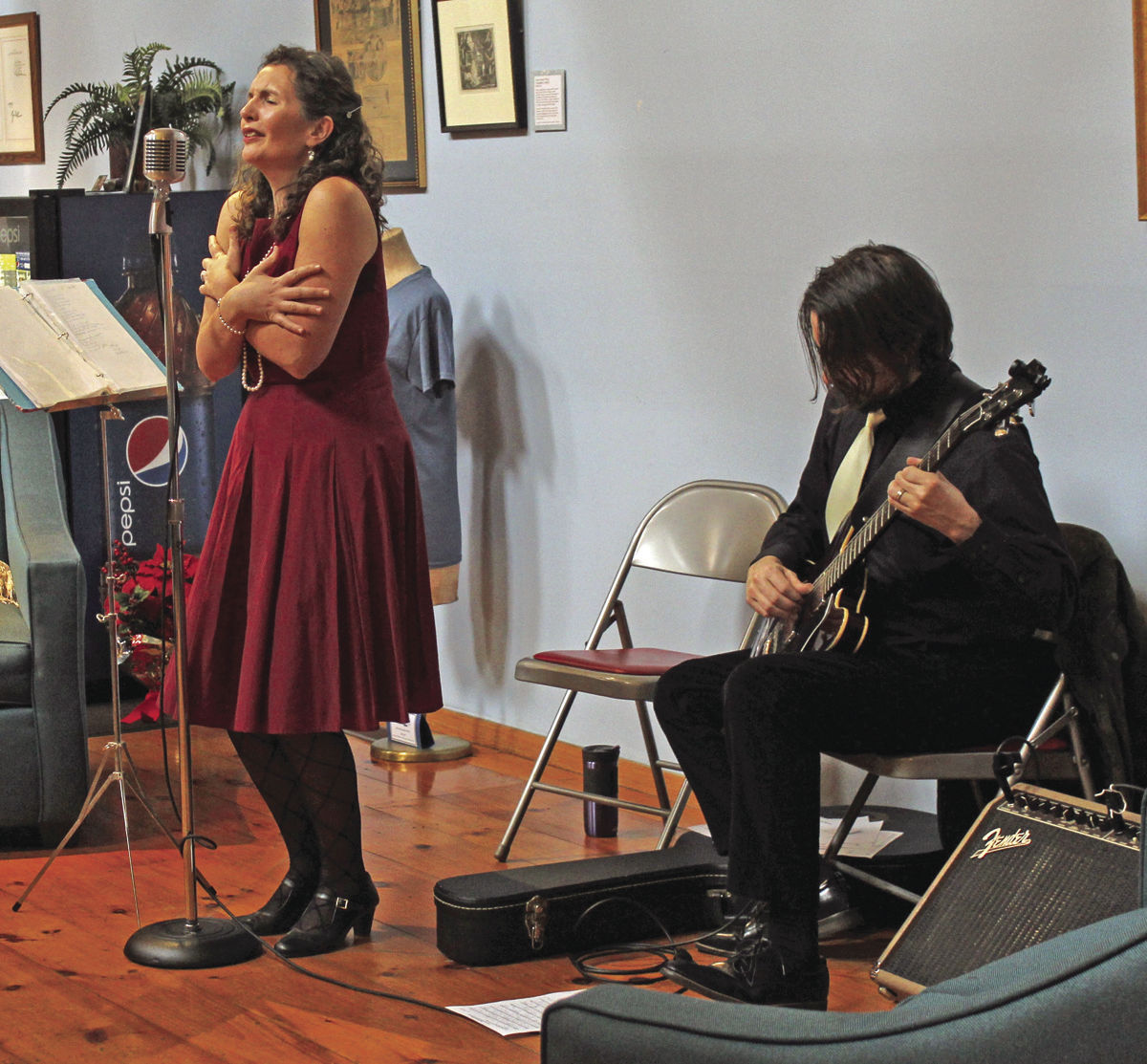 Add Adele Martin to the list of people who look forward to returning to Ste. Genevieve for the Holiday Christmas Festival.

Martin and Justin Blackburn, who together form the duo Bluesette, will return to Ste. Genevieve as one of the many musical acts who perform Saturday and Sunday afternoons this weekend in the 35th annual Holiday Christmas Festival.

“I fell in love with Ste. Genevieve as a town,” said Martin, who performed here for the first time during last year’s festival. “I have not seen anywhere in America such a love for a combination of history and culture and language. It has that wonderful small-town feeling of everybody knows everybody, there are one-of-a-kind shops and so much history.”

Bluesette will play at the Welcome Center at 1 p.m. and again at 2 p.m. on Saturday.

“We call it cafe because it just encapsulates everything,” she said. “It’s just a feeling, you know, feeling relaxed and happy.”

Martin originally is from a small town in Belgium, and she speaks French as well as English, Dutch and German. The daughter of a singer, she was classically trained in music and voice from an early age.

She sang with various university groups and a jazz trio while she studied French and German at the University of Cambridge in the United Kingdom.

She came to the United States to work as a translator, originally moving to Boston.

She currently teaches French at Principia College in Elsah, Illinois, north of St. Louis along the Mississippi River.

See complete story in the December 4 edition of the Herald.