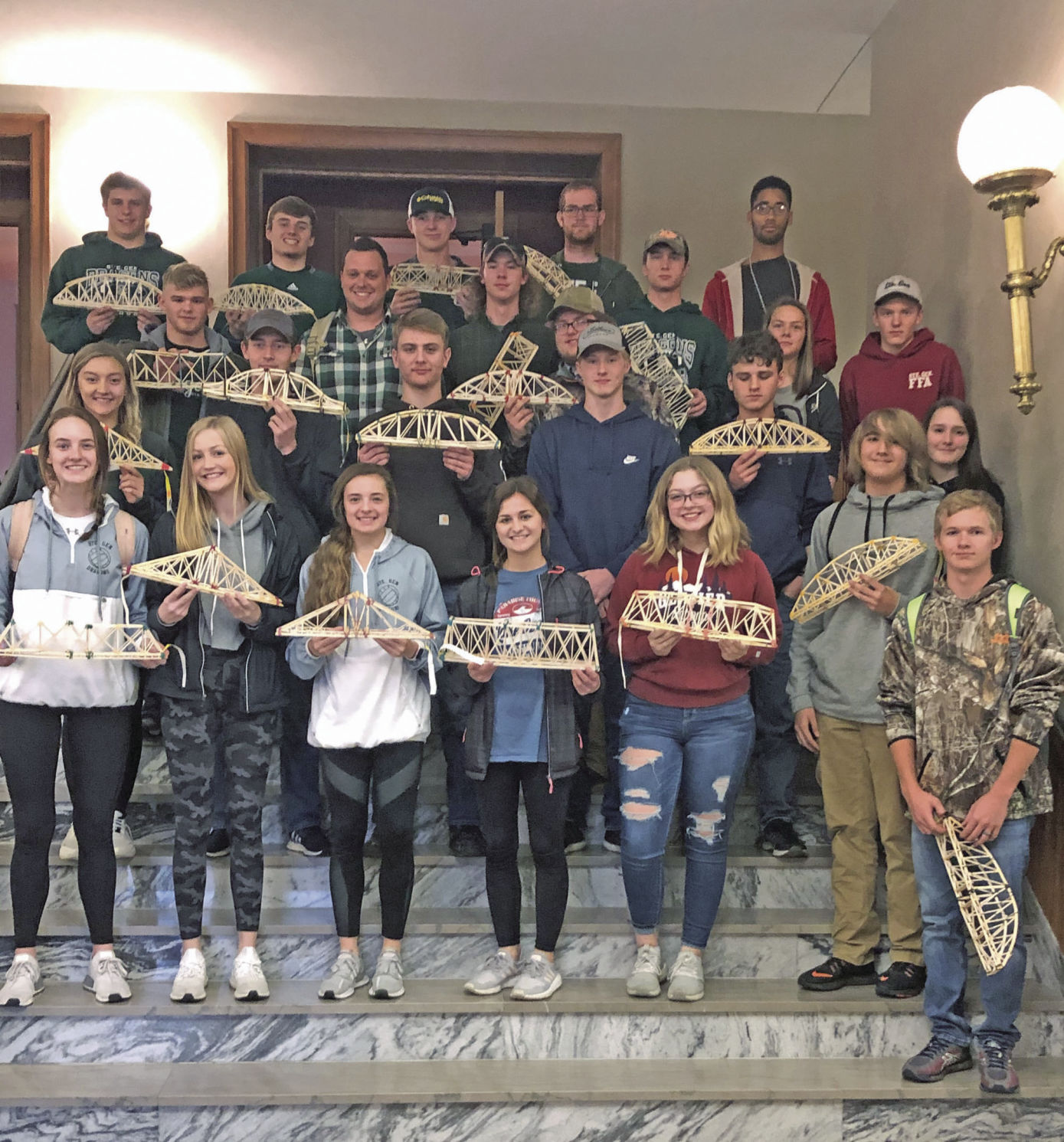 After weeks of work to build the most efficient model bridges, Ste. Genevieve High School’s SkillsUSA students put their bridges to the test on November 21 at the completion of the Missouri Department of Transportation’s 16th annual Bridge Building Competition.

The Ste. Genevieve High School (SGHS) team earned second place out of 36 schools, and the team received a cash prize donated by the Southeast Chapter of the Transportation Employee Association of Missouri.

Oak Ridge High School placed first and Hartville placed third. Esteban Martinez of East Prairie placed first in the competition, which was based on being able to build the lightest bridge capable of carrying the greatest loads.

(Information in releases from the Ste. Genevieve R-II School District and the Missouri Department of Transportation’s Southeast Missouri District office.)