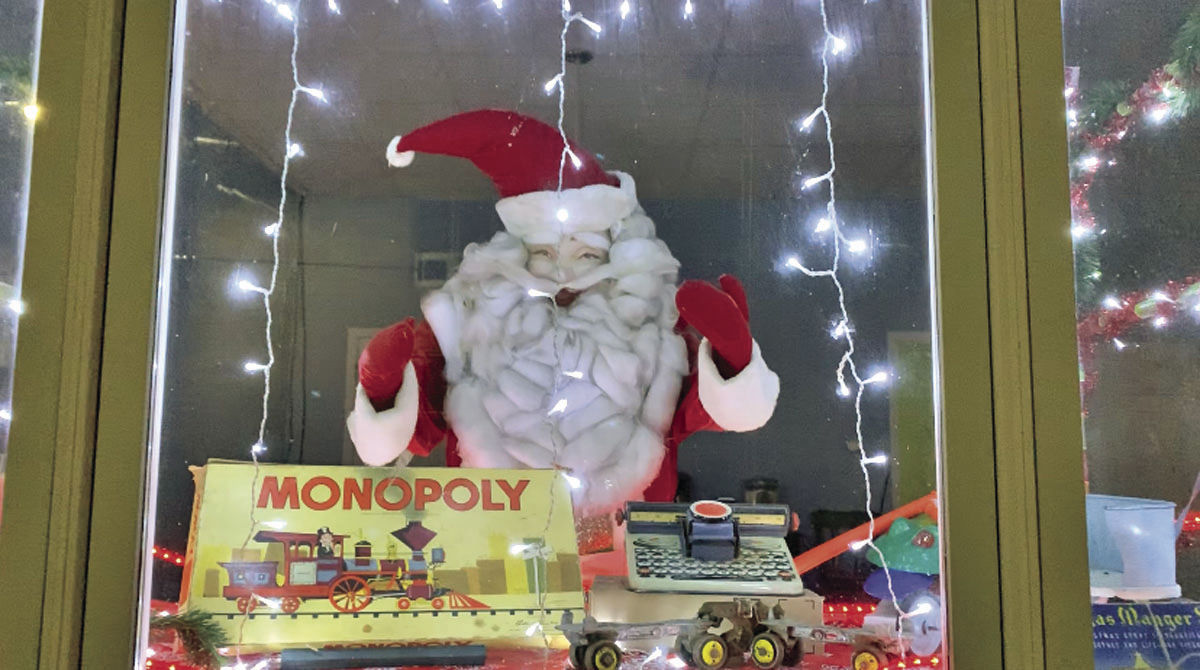 The animated Santa Claus known for appearing in the window of the Dorlu Shoppe in Ste. Genevieve in the middle of the last century has returned to that window at the corner of Fourth and Jefferson streets through an agreement between homeowner Roger Knight, who moved into the home this year from the St. Charles and Warrenton areas, and the Ste. Genevieve Museum Learning Center, which has the Santa and the Dorlu Shoppe sign in its collection.

Knight said this year when people asked where in town he lived they would follow up by asking “What do you know about the Santa?” He got in touch with Robert Wolk of the museum board, who was happy to loan the Santa.

“He needed a little bit of work but we got him functioning again,” Knight said, “and he’s over there bobbing and weaving mechanically for days on end, it seems like. We thought it would be a neat tradition to bring back and we’re very blessed that we could be a part of the tradition. We’ve added a little bit more lights and have a couple more things to do here and there before the season is over, and we already have some ideas for next year.”