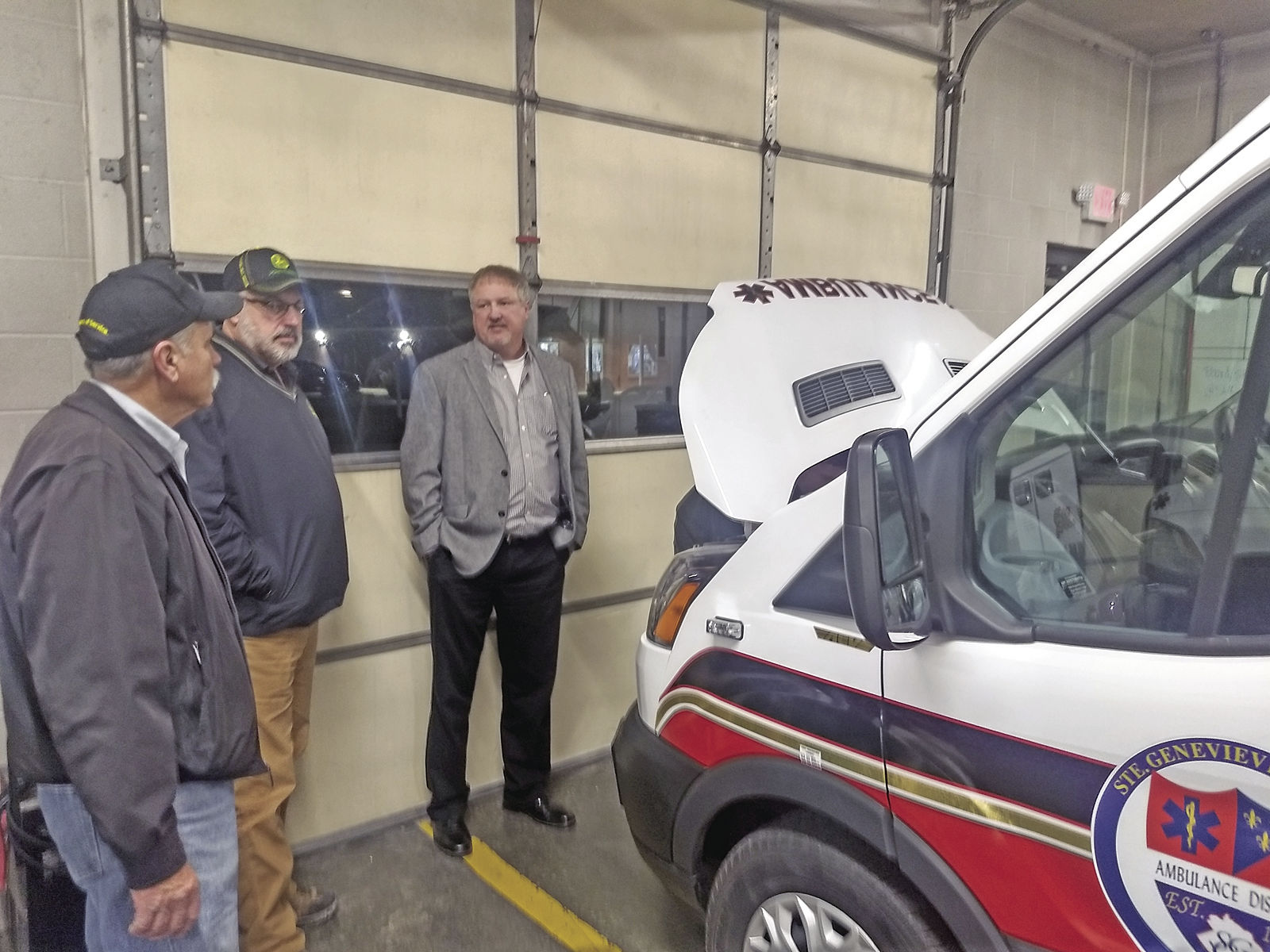 After checking out the 2018 Ford Transit ambulance truck that had just arrived, the Ste. Genevieve County Ambulance  District board last week voted to order a 2019 model.

The board met last Thursday at the district’s House 1 in Ste. Genevieve.

The board members examined the new Transit prior to the meeting.

District administrator Kendall Shrum said the Transit averaged 15.2 miles per gallon on the interstate when he brought it back from Jefferson, North Carolina, much better than the bigger trucks which average 8 or 9 miles per gallon.

The vehicle was put together by American Emergency Vehicles (AEV) in Jefferson, like the district’s other recent purchases. Shrum inspected it there before bringing it back to Missouri.

Since June 2017, Shrum has advocated the possibility of getting one of these smaller, van-like vehicles that cost about half the price of full-sized ambulances and get better gas mileage. The idea is to use them on routine transfers only to save wear and tear on the more expensive trucks.

See complete story in the November 27 edition of the Herald.