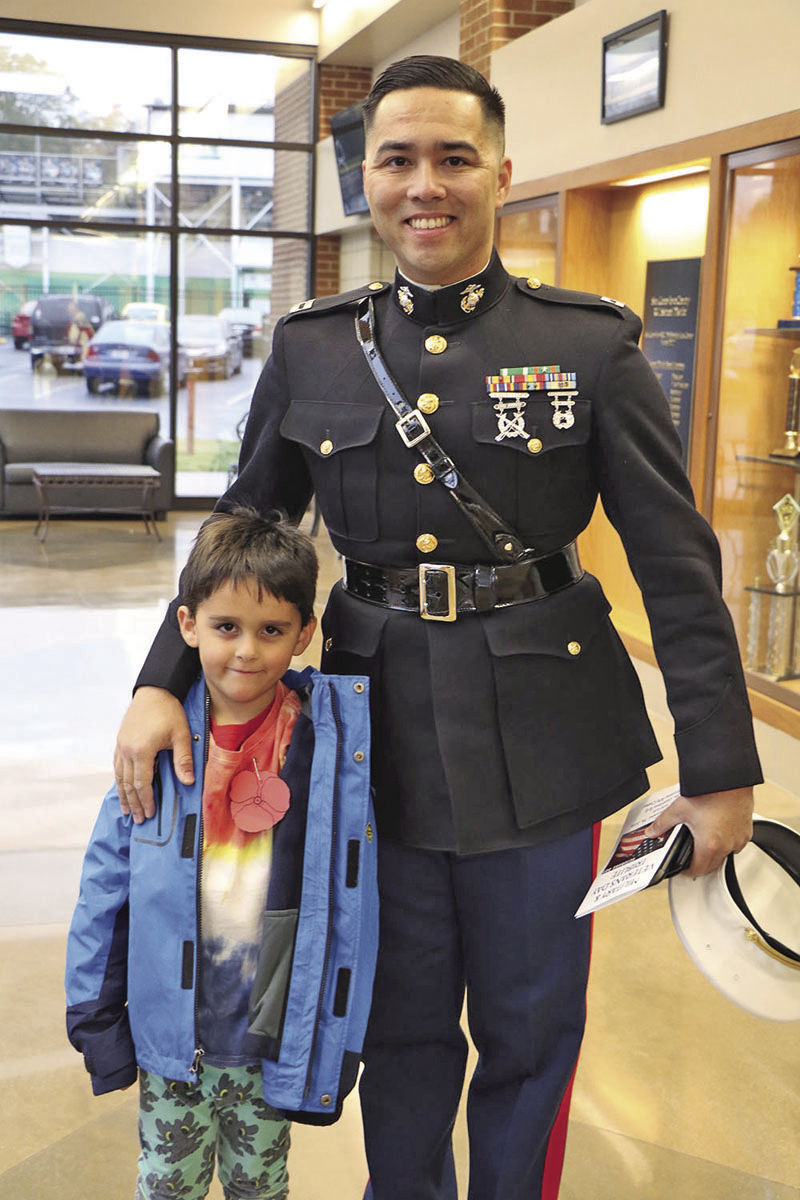 The Ste. Genevieve R-II School District honored veterans, active military and their guests last week at both the Bloomsdale and Ste. Genevieve campuses.

All local veterans were welcome to attend, and students personally invited veterans as their guests as well.

At both elementary school events, every grade level had a role to play in the programs, whether it was through speaking, participating in the White Table ceremonies to remember those missing in action or other performances.

Each veteran and active military member was recognized by having their name and the relationship to a student announced.

Students in both elementary schools participated in contests to show their appreciation for veterans who have served the nation. The contests were hosted and judged by VFW Auxiliary members Sharon Giesler and Lois Flieg, who presented the students with prizes from the VFW Post 2210.

Bloomsdale Elementary students participated in an essay contest, and the winners included:

Ste. Genevieve Elementary students participated in a coloring and art contest, and the winners included:

The Veterans Day tribute at the high school included:

n performances by the middle school and high school bands;

n patriotic commentary from senior Nolan Klump, who has enlisted in the delayed entry program in the U.S. Air Force;

n Ste. Genevieve High School senior Bryce Trollinger’s performance of “Taps” and a three-gun volley in memory of veterans who have died.