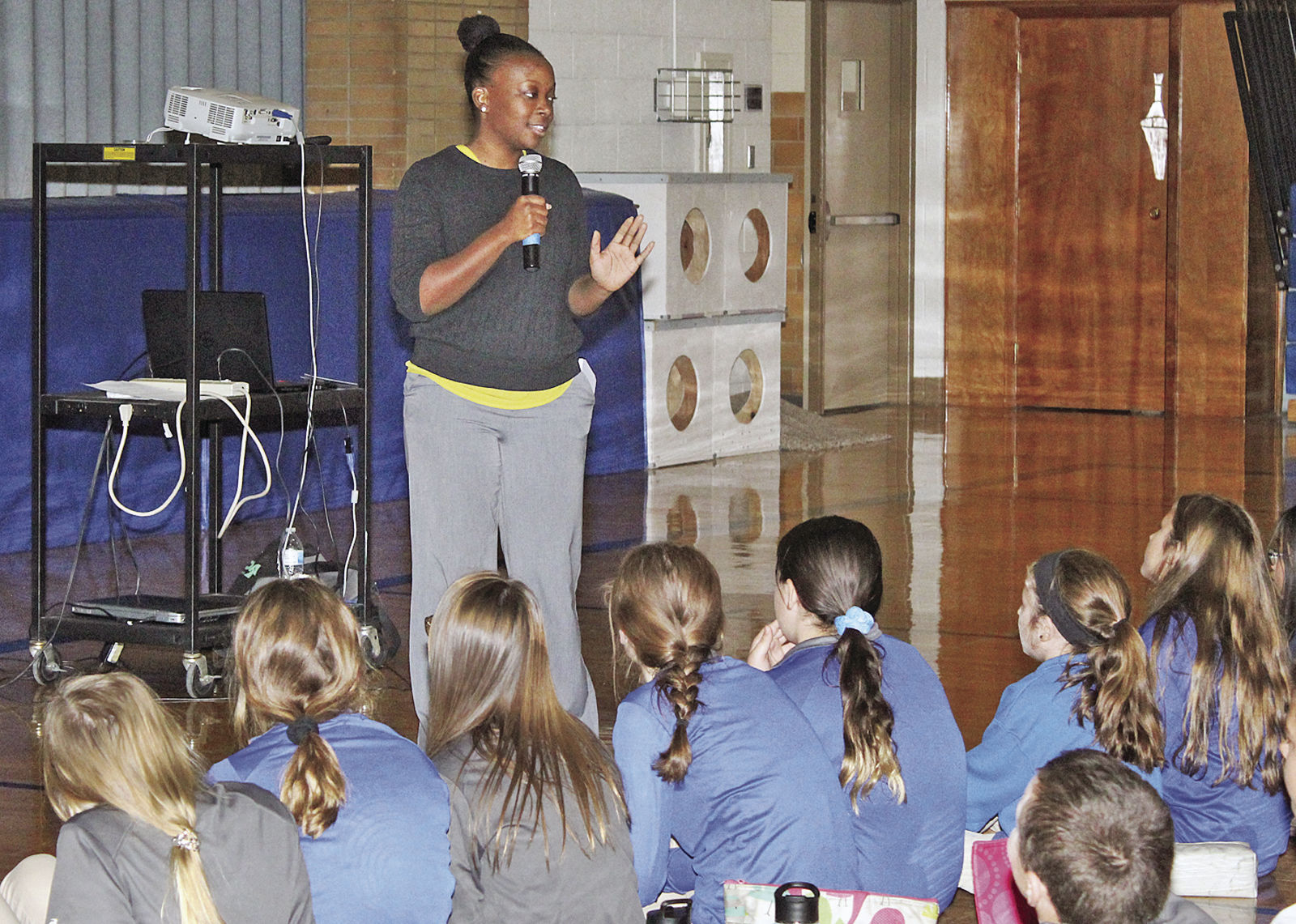 Teens and pre-teens who think vaping is harmless are wrong, Heather Craig stressed during presentations to Valle Catholic high school and middle school students on November 5

A community strategist with the St. Louis branch of the National Council on Alcoholism and Drug Abuse [NCADA], Craig told students that 90 percent of vaping pods include nicotine and that all products made by Juul, the first and most dominant brand in the market, contain it.

Craig went over how the brain develops — the stem developing first, with 90 percent of its development before age 5. The brain stem controls involuntary actions like breathing, swallowing and sleeping. The prefrontal cortex, which helps a person make good judgments and handle complex decisions, however, is not fully formed until ages 23 to 25.

During the time the brain is “under construction,” Craig said it is very important to protect it.

She said that is why technology and foreign languages come easier to younger people.

However, young brains are also more susceptible to substance abuse, she said.

“If you use substances before your brain is fully developed, it increases the likelihood that you could become addicted to those substances,” she said. …

“I’m here to tell you it is not just water vapor. These products use e-liquids that have several different chemicals in them.”

She said vaping products are not regulated by the Food and Drug Administration (FDA).

“That means we don’t know exactly everything that is in them,” she said.

See complete story in the November 13 edition of the Herald.