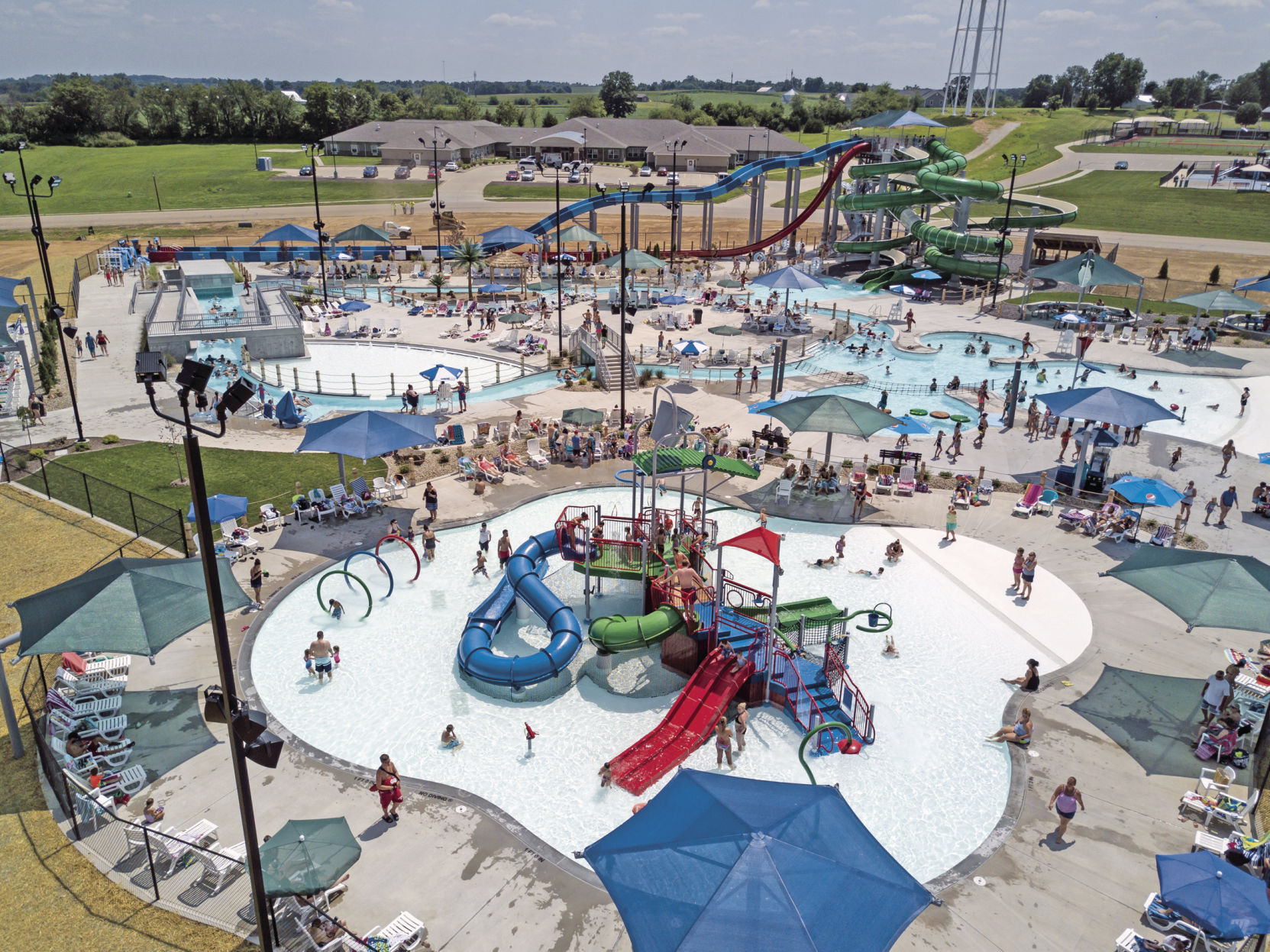 “Everything went really well,” Arnold said. “Obviously, we would have loved to have had a full season to have the park open. Things just didn’t work out like that. It was nice to have  the days that we did have, though.”

Winter and spring weather delayed construction, pushing the opening of the watepark from late May into the middle of July.

The abbreviated season, Arnold said, “was really nice for us to be able to get things under our belt and work through everything that we could.”

“I think, from an operational standpoint, the admissions and concessions went about as we had planned,” Arnold said. “I think everything went pretty good  there.”

Managing the actual water area was harder to gauge ahead of time.

“As far as out in the park area, that’s the part where we just had to learn as we went because there’s really no way to simulate that without actually putting 800 people in the park and seeing how it all goes,” Arnold said.

The demographics and age ranges also differed from day to day.

“Seeing where people go from day to day kind of makes for an adjustment,” Arnold said.

Having enough lifeguards and other staff on hand in 2020 will be an ongoing challenge.

“The biggest thing going forward to be successful is to have the staff to do it,” Arnold said.

Most of the employees are teenagers.

“We had a good group this year, and hopefully most of them are willing to come back again next year,” Arnold said, “but obviously some of those kids just age out and they start to move on to the next part of their lives. But that’s the key for us is being able to have enough staff to do it. We were slightly understaffed this year, but it was kind of what we expected, since we had the late start.” …

See complete story in the November 13 edition of the Herald.