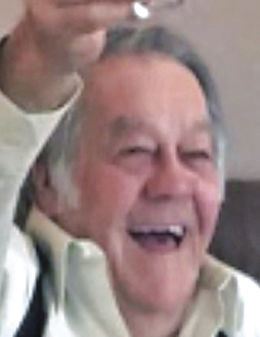 He was born on December 6, 1931, in Milwaukee, Wisconsin, a son of the late Harmon and Helen (Pein) Blamer.

He was married to Rose (Armbruster) Blamer, and she preceded him in death.

He was preceded in death by his parents and his wife.

He was married to his wife for more than 62 years until her death in  October of 2014. He was the former owner of a three-generation family business, Blamer’s Auto Repair in Milwaukee, and he worked there full time with his son John until the time of his death. He was very proud of the fact that Milwaukee then-Mayor John Norquist declared March 23 as “Bill Blamer Day.”

He was a veteran of the Korean War and was an active member of American Legion Post No. 449 and the VFW Post No. 2787.

He was also an active and founding member of the Plug’un’s Hunting and Fishing Sportsman Club and never missed an opportunity to get on the lake. On October 24, 2015, he participated in the Stars and Stripes Honor Flight to Washington D.C.

Memorials may be made to Stars and Stripes Honor Flight of Wisconsin.