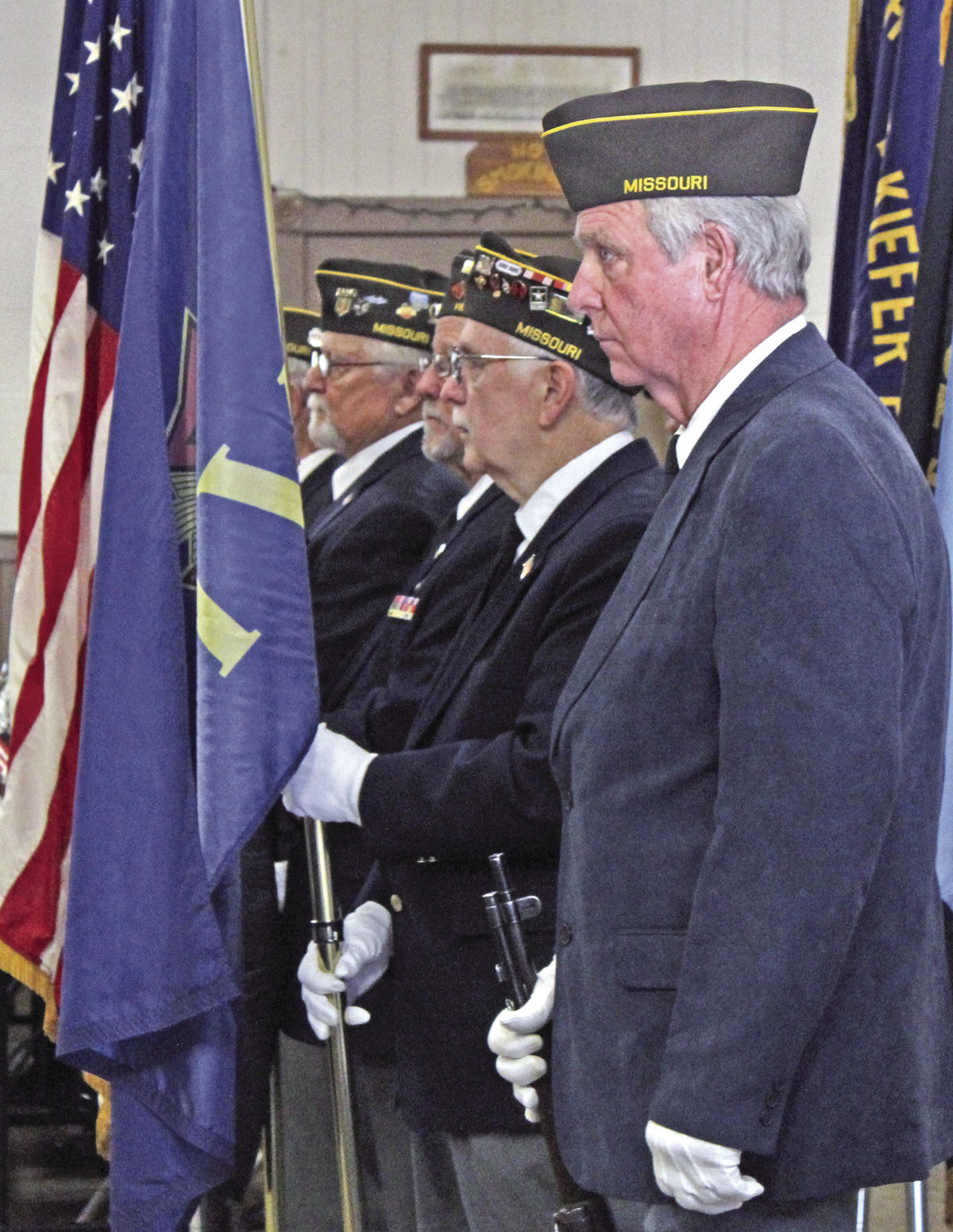 The day’s events will begin with 8 a.m. Mass at the Church of Ste. Genevieve. After Mass, coffee and doughnuts will be served at the American Legion.

A free lunch will be served to all those who attend the 11 a.m. ceremony.

The Boy Scouts will take part in a flag-folding ceremony, which will be followed by the raising of a new flag at the post. A tribute by all local veterans organizations — the VFW and its auxiliary, Sons of the American Legion, American Legion Riders, the American Legion and Legion auxiliary — will follow. At the close of the ceremony, a rifle salute will be given by members of the VFW, and “Taps” will be played.

A chicken lunch will follow. All are encouraged to attend.

Later in the afternoon, Legion members will visit each local nursing home and present gifts to residents who served in the military.

Also, the U.S. Congress has removed date restrictions for any prior service members who seek to become a Legion member. Those who have served and been discharged honorably are eligible for membership. For more information, visit the Legion club room.

Valle Catholic Schools will honor veterans ahead of Veterans Day with a Mass at 8 a.m. on Friday, November 8, at the Church of Ste. Genevieve, followed immediately by a reception in the school cafeteria.

Ste. Genevieve High School is inviting veterans and their families to a Veterans Day program on Friday, November 8, beginning with a luncheon at noon in the Peggy J. Johnson Gymnasium.

All veterans and spouses are welcome to the lunch, with food provided by the Ste. Genevieve High School chapter of Family, Career and Community Leaders of America and contributions from Oberle Meats, Cafe Genevieve. Rozier’s Country Mart and McDonald’s. Jodi Flieg is donating a cake.

An assembly at 1:45 p.m. will take place in the gym, organized by Sports Broadcast and Dragons Lair Productions.