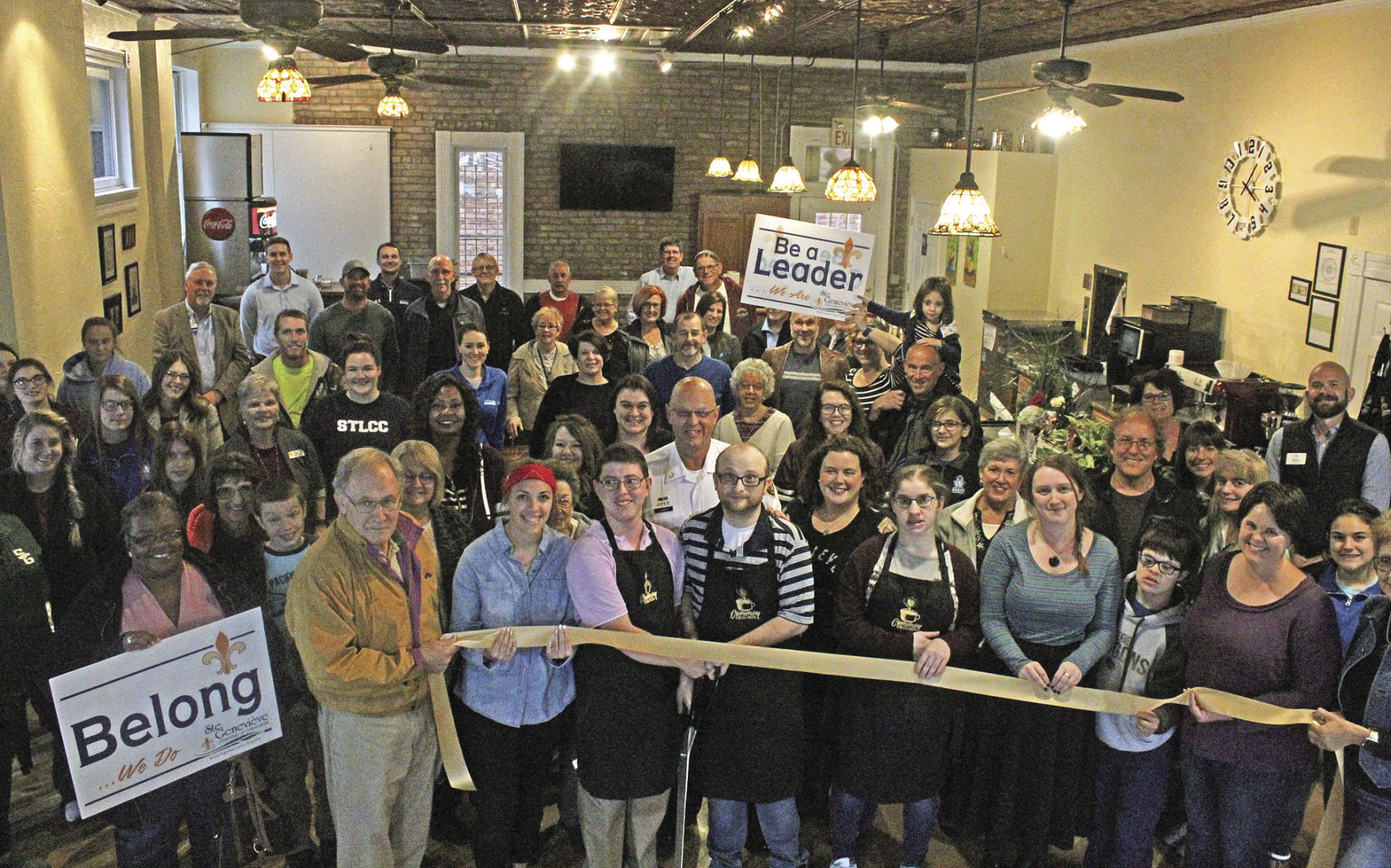 The long-awaited opening of the Common Grounds coffee house on the square in downtown Ste. Genevieve wasn’t just another typical business launch.

Operated by a public, taxpayer-supported entity, the coffee house is a model in providing employment opportunities for developmentally disabled individuals.

It is also the biggest challenge to date among the recent projects accomplished by the Ste. Genevieve County Board for the Developmentally Disabled (SGCBDD), also known as the Senate Bill 40 board.

The coffee house, located at the southeast corner of Merchant and Third streets, opened on October 23 and had its Ste. Genevieve Chamber of Commerce-sponsored ribbon-cutting on October 24.

“I think things are going well,” said Jason Schott, who is president of the SGCBDD. “We had a lot of support our first three days that we were officially open. Our employees, I think, are doing phenomenal. They’ve really grasped a hold of the task and are doing really well.

“The way we started out, I think, was better than expected.”

Schott, also chief deputy for the Ste. Genevieve County Sheriff’s Office, said the board has been contacted by several similar public entities in the state of Missouri and from other states about the project.

Senate Bill 40 was passed in the late 1960s by the Missouri legislature, allowing counties to pass a tax and form boards for the developmentally disabled.

“I believe Ste. Genevieve County passed theirs in 1971,” Schott said.

“From my understanding,” he added, “we’re pretty unique. I don’t know too many Senate Bill 40s that are operating a coffee shop or a business that is employing individuals with special needs. I think we might be one of the first in the state.

“We’ve been actually contacted by individuals in other states who heard about how we are partnering with the school district and the transitional program, and they are interested in that aspect of it as well.”

See complete story in the November 6 edition of the Herald.