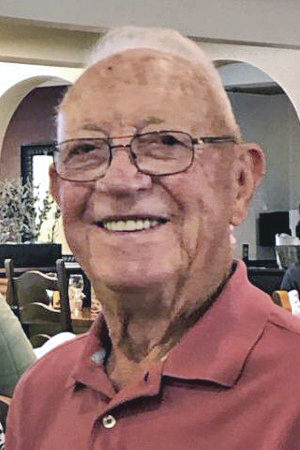 He was married Delora M. “Bootsie” (Arnold) Schrenk on August 8, 1959, in Ste. Genevieve, and she survives.

In addition to his parents, he was preceded in death by a sister, Rita Schrenk.

He retired as a ramp supervisor from American Airlines after more than 25 years of dedicated service in fleet services. He had also owned and operated several service stations throughout the area for many years.

He was a faithful member of St. Elizabeth Catholic Church and was a member of the Knights of Columbus. He enjoyed gardening and tending to his yard and had a special “love” for squirrels.

Memorials may be made to St. Elizabeth Catholic Church in Granite City, Illinois.