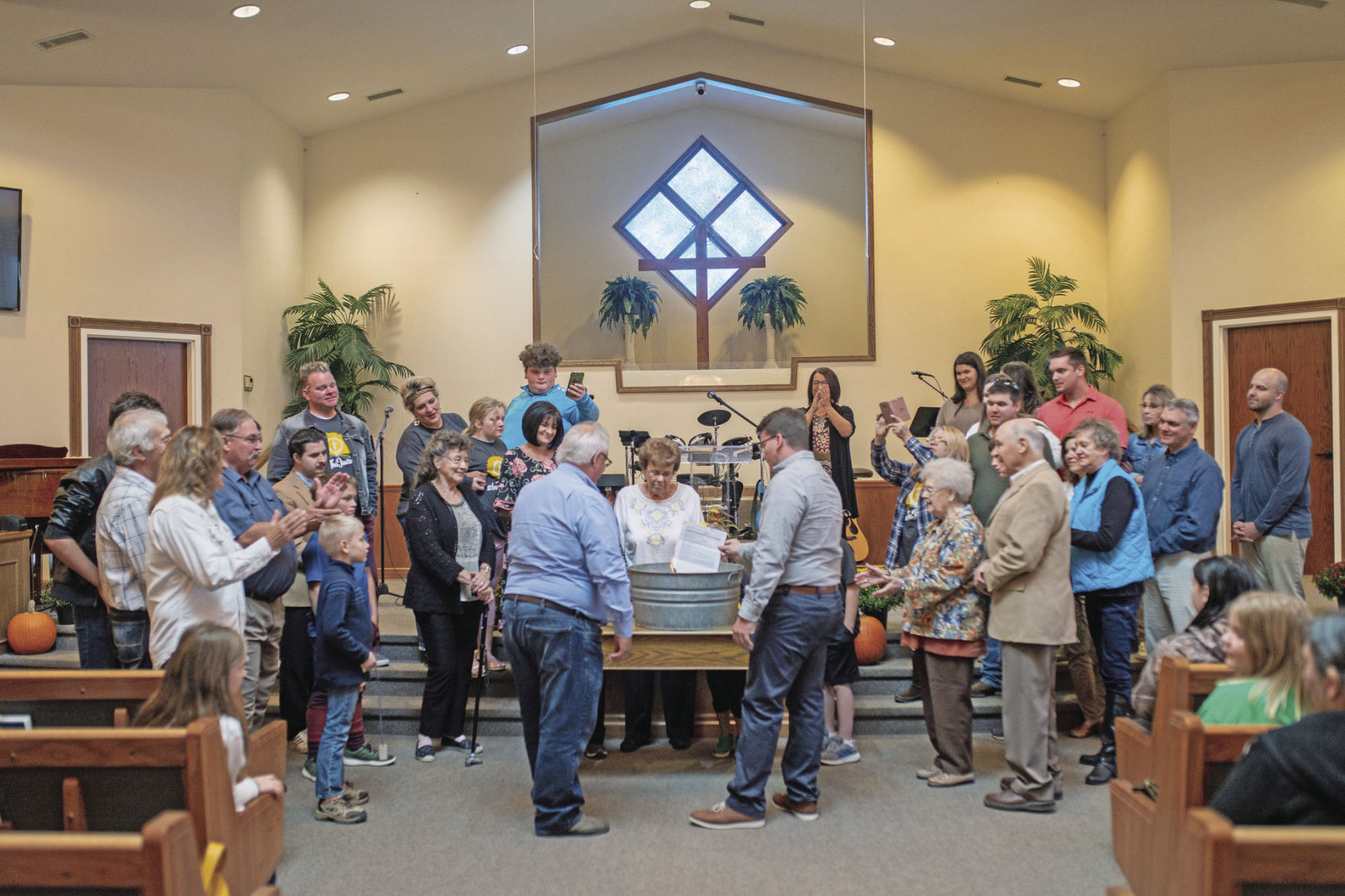 First Baptist Church Ste. Genevieve hosted its Journey Celebration on October 13 to commemorate the church’s 80th anniversary and the mortgage burning for its current building.

The mortgage was burned during the morning service. After the service, church members had lunch and participated in family activities such as tomahawk throwing, corn crib, a bounce house, etc.

The first meeting for the First Baptist Church of Ste. Genevieve took place in the home of Mr. and Mrs. Ray Jett Sr.

The church was officially organized on December 10, 1939, with 36 charter members.

The group soon outgrew the Jetts’ home and rented the third floor of the Knights of Pythias Lodge Hall at 39 N. Main St.

First Baptisth Church purchased its first property in 1940 — a lot at Second and Washington streets. A tent was erected, in which services took place. Due to war shortage delays, a parsonage was built on that lot.  Church services were held in the basement for a while before moving to the second floor of the Kroger Store located at the corner of Fourth and Market Streets.

The parsonage was sold and land was purchased at 25 N. Main St.

The basement was completed first, and church services began in that space December 5, 1948. The auditorium was completed in 1953. The following year, the church voted to build an educational building. In 1969 the church purchased its second parsonage, a one-story brick home located at 1051 Market St.

In the 1980s, the church did many improvements to the building, including the addition of air conditioning, remodeling of the kitchen and nursery, padding the pews and many other updates.

The move to the present building on Basler Drive began with a special business meeting on March 24, 1998, where the church body voted unanimously to purchase the land where the building sits.

“We were hoping to only purchase four acres but the owner would not subdivide,” Shelly Hadel wrote in a release for the Journey Celebration. “Therefore, we purchased 27 acres and sold the portions we did not need.  Before we broke ground on the building, the land was more than paid for. Builders for Christ volunteered many hours in the construction.

“Pastor Roger [Faulkner] began his career over this congregation in 1998 and serves faithfully to this day. He has seen many blessings from God through this church and we look forward to the many exciting things to come.”

(Information in a release from Shelly Hadel for First Baptist Church of Ste. Genevieve.)