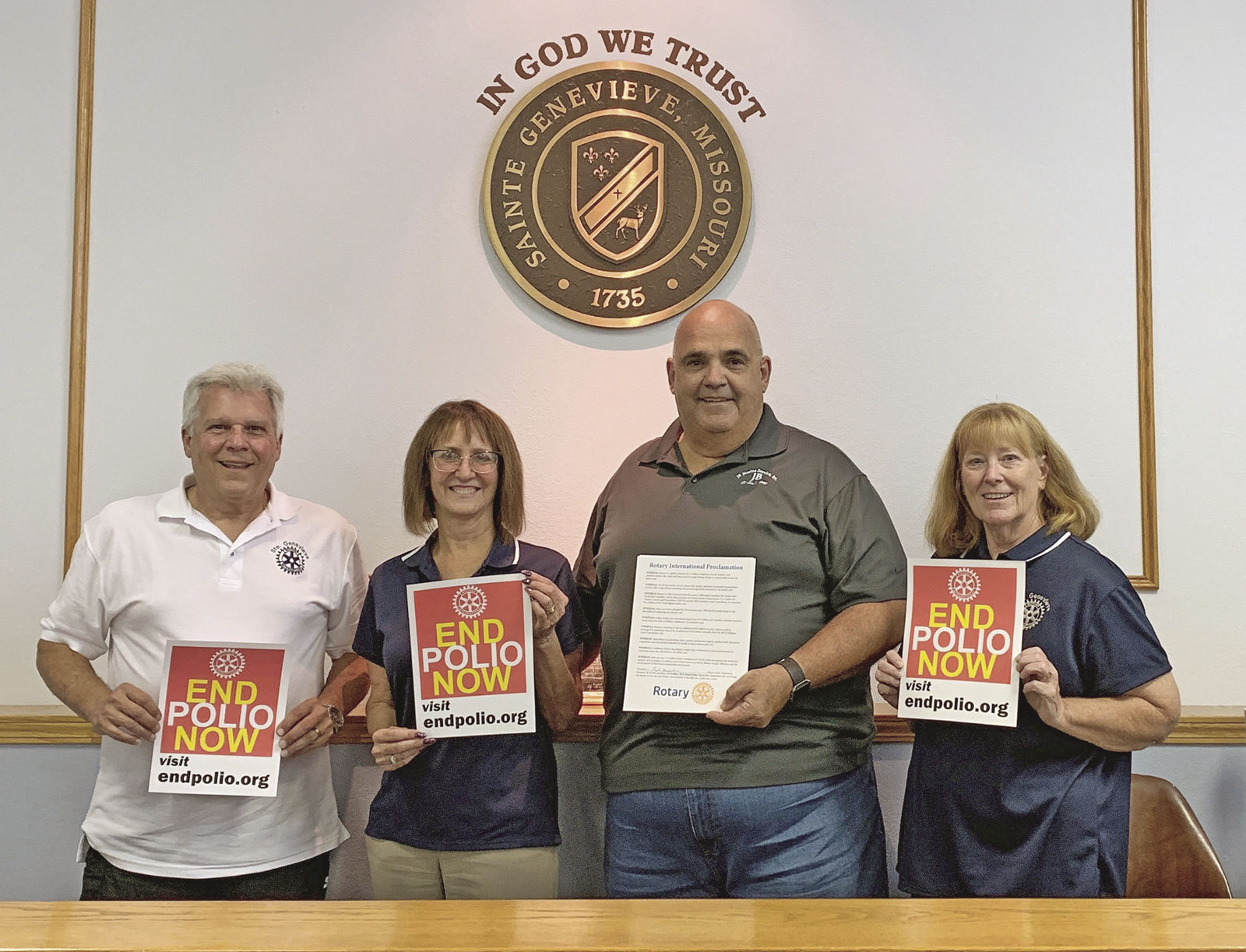 When Rotary and its partners launched the Global Polio Eradication Initiative more than three decades ago, polio paralyzed 1,000 children every day.

“We’ve made great progress against the disease since then,” said Andrea Stolzer, Ste. Genevieve Rotary Club president. “Polio cases have dropped by 99.9 percent, from 350,000 cases in 1988 in 125 countries to 33 cases of wild poliovirus in 2018 in just two countries: Afghanistan and Pakistan. And we remain committed to the end.”

Stolzer added that with polio nearly eradicated, Rotary and its partners must sustain this progress and continue to reach every child with the polio vaccine. Rotary clubs worldwide have contributed more than $1.9 billion to ending polio since 1985.

Rotary is a global network of 1.2 million people who unite and take action to create lasting change in communities around the globe. For more than 110 years, Rotary members have used their passion, energy, and intelligence to improve lives through service, from promoting literacy and peace to providing clean water and improving health care. (Photo, information from Ste. Genevieve Rotary Club)