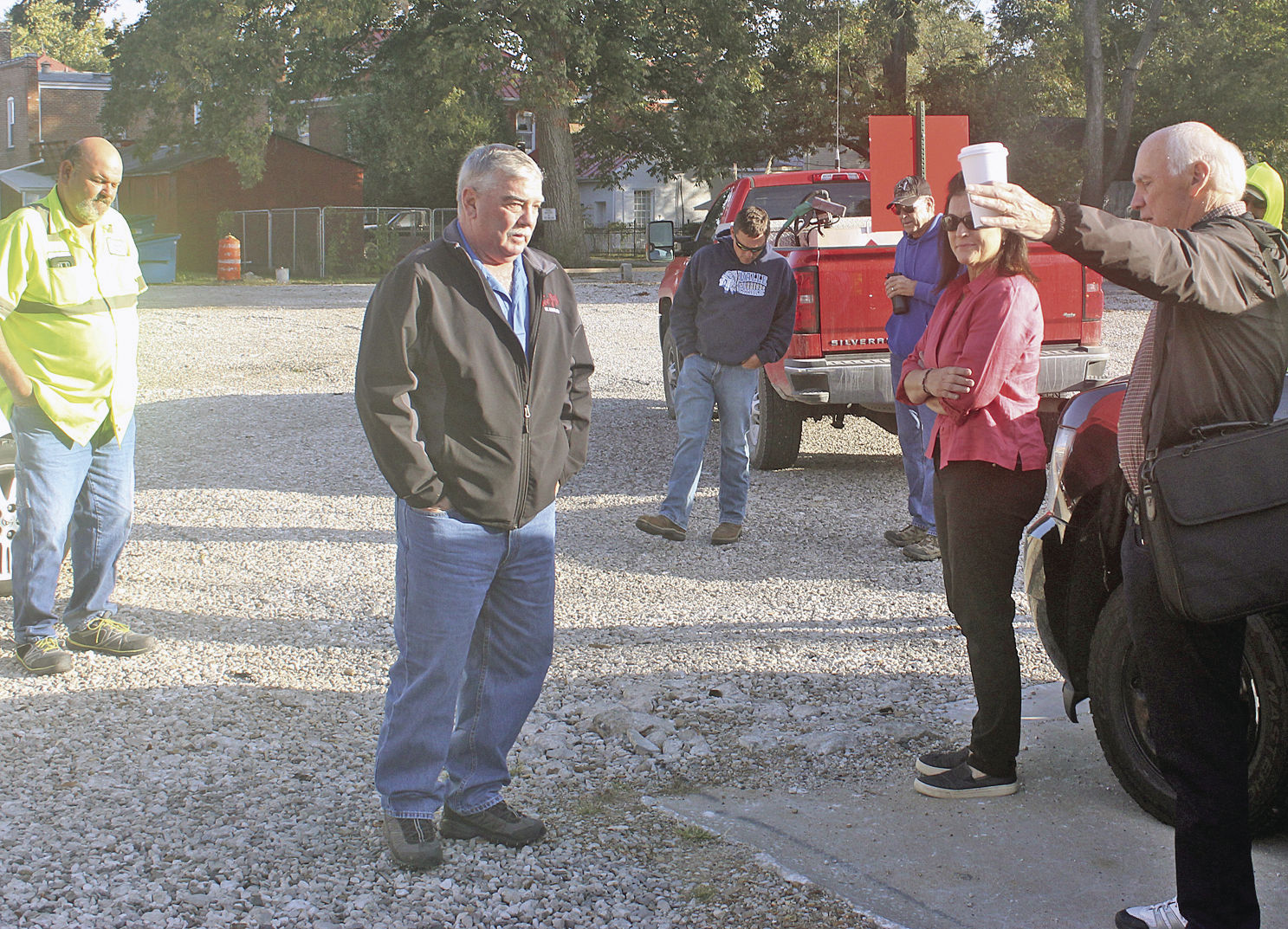 Work is expected to begin soon on the parking lot where the County Services Building formerly stood on Market Street.

A gravel lot has been at the location since the demolition was completed this summer. The lot has been used since Jour de Fete weekend, despite the thickness of the gravel causing a couple of vehicles to get stuck.

Presiding Commissioner Garry Nelson had expressed a concern about people using it who might seek compensation if tires are damaged, especially after work begins on the paving project. A sign — which reads “This parking lot is under construction. Park at your own risk” — has been placed on the site.

The commission plans to pave the area where the building stood, making a lot for about 45 vehicles.

The long-term goal is to work things out with owners of the lot bordering it, which is located behind businesses on Merchant and Third streets, and improve the entire lot.

According to Tom Steiger, one of the adjoining property owners, the area was paved with chip-and-seal in 1982.

If an agreement can be reached, the entire area would be paved, with spaces marked and islands added. The commission still has some hopes of receiving a grant for such a project.

The commission has decided to move ahead with the paving of its own lot with the hopes of getting the owners of the other lot to come on board later.

See complete story in the October 23 edition of the Herald.