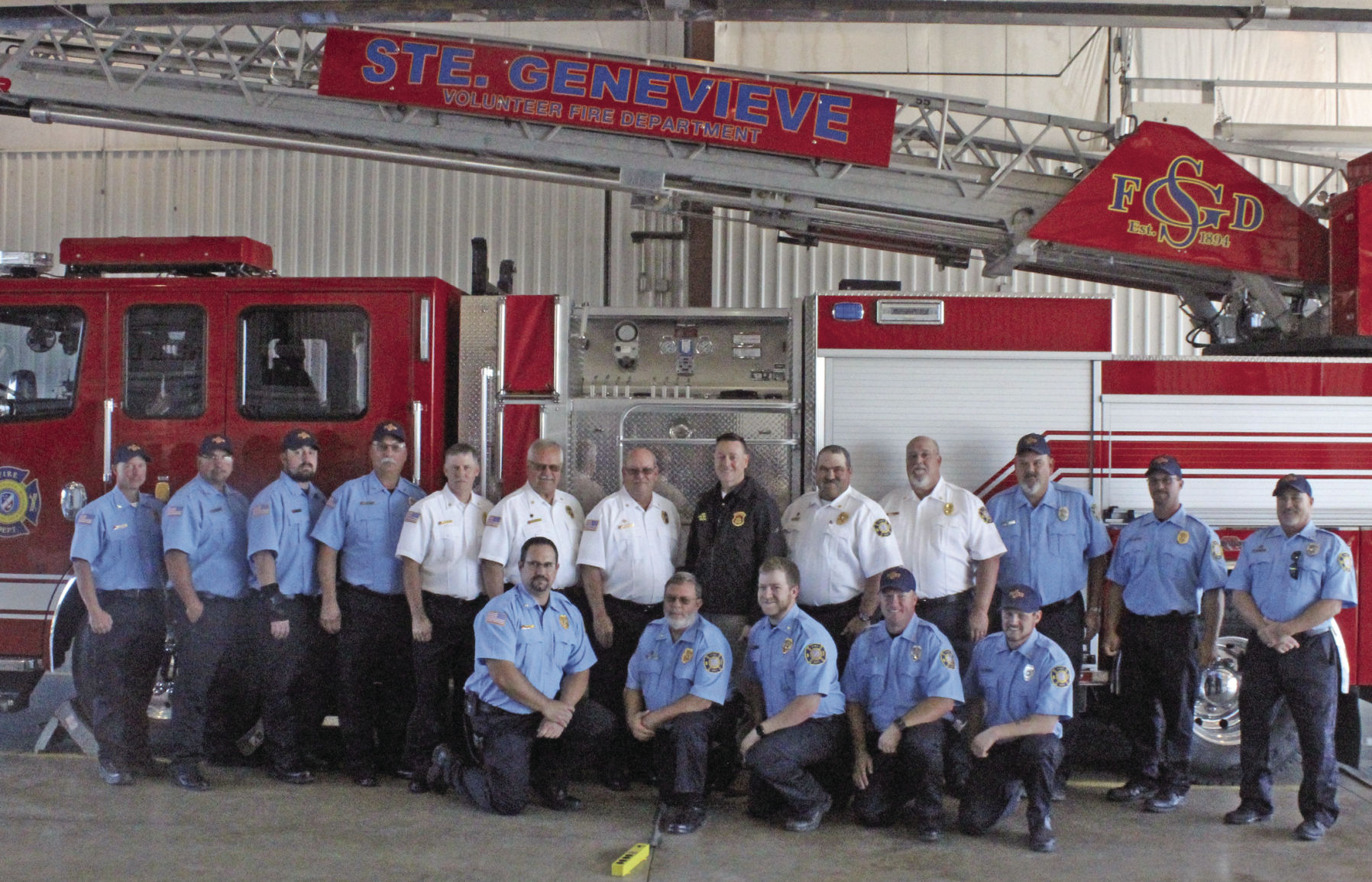 With the department’s new $727,000 Rosenbauer Command Truck parked behind them, Ste. Genevieve Fire Department chief Kenny Steiger, assistant chief Mick Schwent, Mayor Paul Hassler and state fire marshal J. Tim Bean spoke about the importance of volunteer fire departments and the strides the Ste. Genevieve department has made at a 125th anniversary celebration at the fire house on October 13.

Schwent, who served as fire chief from 1998 to 2015, also gave a history of firefighting in the city.

Various pieces of equipment were available for the public to examine and demonstrations were later given.

A moment of silence took place to honor former firefighters, especially Stanley Schwent Jr. and David Grass, both of whom died in the line of duty.

“It takes a lot of cooperation on many levels to be successful,” Steiger said, after welcoming the crowd. “One of the most important working relationships we have is with the city. I believe right now we have a very good relationship with our city.”

Hassler agreed the relationship was good. He said he fears citizens often take volunteer efforts by the firefighters and others for granted.

“That’s one thing in this city: It amazes me the amount of people that volunteer the amount of time and effort they volunteer to make this city what it is,” Hassler said. “Especially the men and women that serve in this department, because it’s a dangerous job. That tells me that they not only have a love for their city and their families and to protect. I know that’s an oath they take.”

He sympathized with the department’s struggle to recruit volunteers to field a full roster.

“That’s a high calling and that’s not for everyone,” he said. “It takes a special person to do what these men and women do.”