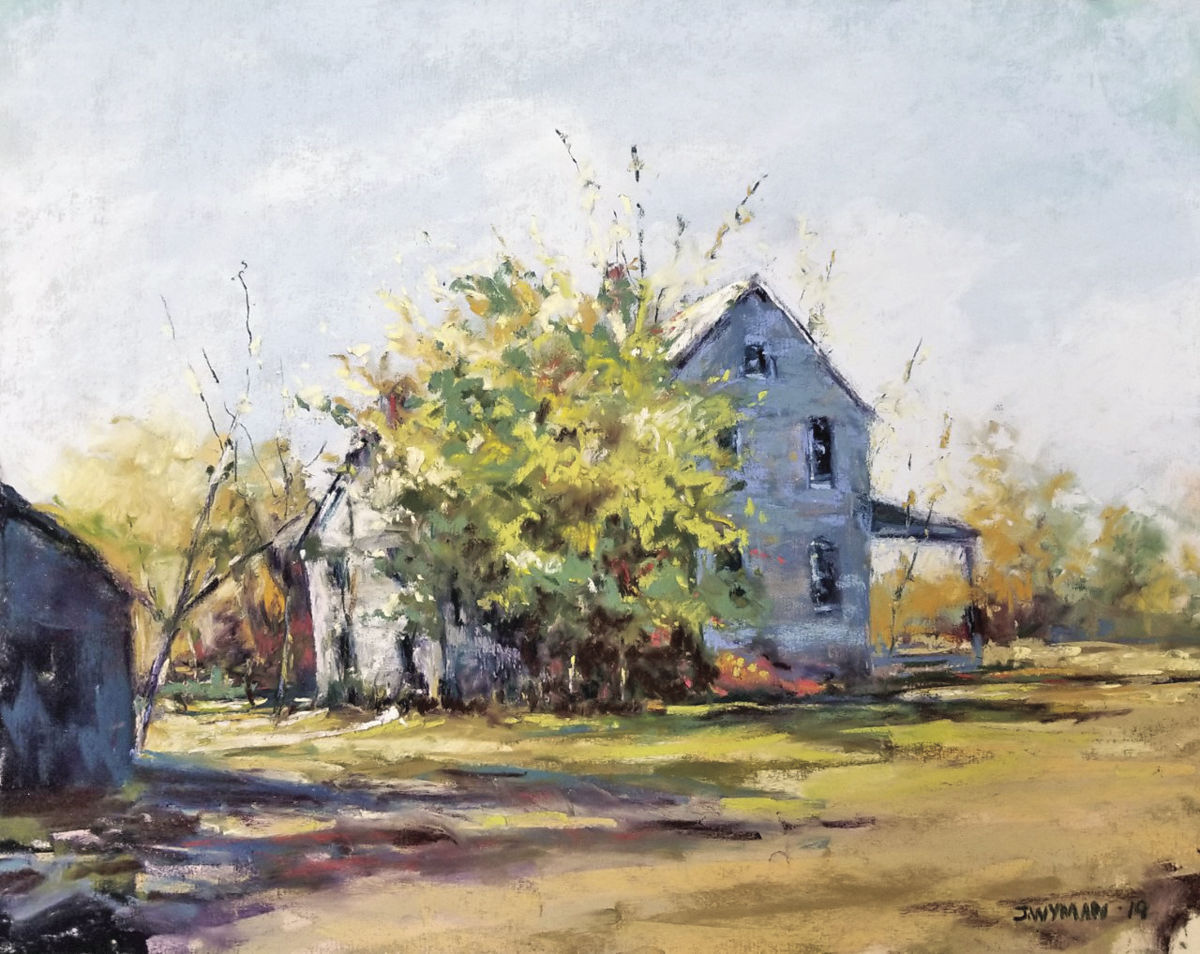 The art walk takes place from 6 to 9 p.m. on Friday (October 25) with art spaces and galleries throughout downtown Ste. Genevieve welcoming visitors.

Naeger, an animator and stand-up comedian, took a break from the entertainment field recently to spend three years teaching English and theater in Shenyang, Liaoning, China.

“There were only three open mics a month in Shenyang, one of which I hosted,” Naeger said. “I wanted more ways to tell a joke, tell a story, and channel my creativity, so I started to draw funny things that happened at my Chinese kindergarten.”

“My work became simplified, mostly focusing on facial expressions and joke-writing,” Naeger said. “I think it’s the minimalistic style that makes the cartoons so relatable, cute, and funny.”

She also has been documenting her life since moving back to Ste. Genevieve, drawing comics of her mother, Patti Naeger.

“I’ve been having a blast writing and drawing her,” Milly Naeger said. “So many of my comics about my mom are capturing her passion for tomatoes, and gardening in general.”

— Tracy Rohlfing is the featured artist for the Ste. Genevieve Art Guild’s exhibit at the Sainte Genevieve Winery, 245 Merchant St.

Rohlfing recently won three awards at the guild’s Plein Air Painting Competition: a purchase award from the owners of the Main Street Inn, second place in Watercolor/Pastel, and the guild rookie award judged from members participating for the first time.

Rohlfing is a self-taught artist who enjoys working with a variety of mediums. Currently, her mediums of choice are color pencils, charcoal, watercolors and soft pastels. Her style could be best described as realism/naturalism with an element of fantasy. A common characteristic in her work is her attention to detail.

Rohlfing lives in Jefferson County with her husband and two sons.

In addition to the featured artist exhibit, the Sainte Genevieve Winery has several galleries devoted to guild members’ artwork.

— Juanita Wyman will be the featured artist at the Galleria Ste. Gen.

She will be at the gallery, showing some of her newly completed pastels in a show called “Landscapes in Pastel.”

The collection includes landscapes such as a Cave Winery scene, a train on the tracks along Zell Road, the old building that stood for years along Highway 32 and a Weingarten scene, to name a few. The newer pastels will hang along with local scenes that Wyman has painted over the years.

“I’m trying to move out into the county more to capture some of the beautiful scenery,” Wyman said. “The Cave Winery scene looks over the lake, and the Weingarten scene was captured as the sun came out after a hard rain. I work from my own photographs, so when I see something that looks like a composition I should paint, I photograph [it]. Those of us that grew up in Ste. Genevieve sometimes overlook what we are surrounded by on a daily basis. I have always appreciated the history, the landscapes, and the beauty of our area, and now I have a chance to paint what I’ve loved all these years.

“The scenes I generally paint include cityscapes, historic homes, rural areas and even people from the area. I paint what I know and what I like, so painting Ste. Genevieve is definitely a favorite of mine. I do like to paint European scenes, but as I’ve often said, Ste. Genevieve is a little piece of Europe here in the Midwest so it’s easy to compare the two.”

Wyman’s Midwestern scenes generally are on display at Galleria Ste. Gen while her European scenes are at European Entitlement on South Main Street.

— Lewsi Winery is proud to present a new wine this Fourth Friday, the “Dolly Dufour,” honoring a unique artist who lived and worked in Ste. Genevieve.

The wine is a blend of Chambourcin and Norton, “full of character — just like Dolly.”

The winery will have on hand a painted chair created by Dufour on loan from the Herald along with two of her paintings, on loan from Gina Bennett and Jean Rissover.

The winery also will have work from three contemporary artists, and Brenda Thompson will be at the winery with her watercolors.

— E-KleK-Tix Gallery and Studio takes a look at Ste. Genevieve’s rural traditions with a series of original paintings by J Rissover reflecting “the way things were,” in conjunction with the Rural Heritage Day.

The Center for French Colonial Life exhibit will celebrate France’s cultural influence on the world, and particularly on Ste. Genevieve. One of the most important works on display will be a portrait of Philippe II, Duke of Orleans, who was Regent of France from 1715 until his death in 1723 at Versailles. It is believed the portrait hung at Fort de Chartres for a time. Tim Conley, who owns the portrait, will be on hand to discuss the painting. Other pieces available for viewing and discussion will include 18th century items of French origin, and contemporary art with a “French connection.”

— The Foundation for Restoration’s Guibourd-Valle House, at the northwest corner of Fourth and Merchant, also will showcase the city’s French connection. French antiques, including works of art, will be on display during the art walk. Admission to the 1806 house will be free from 6 to 9 p.m. on Friday.