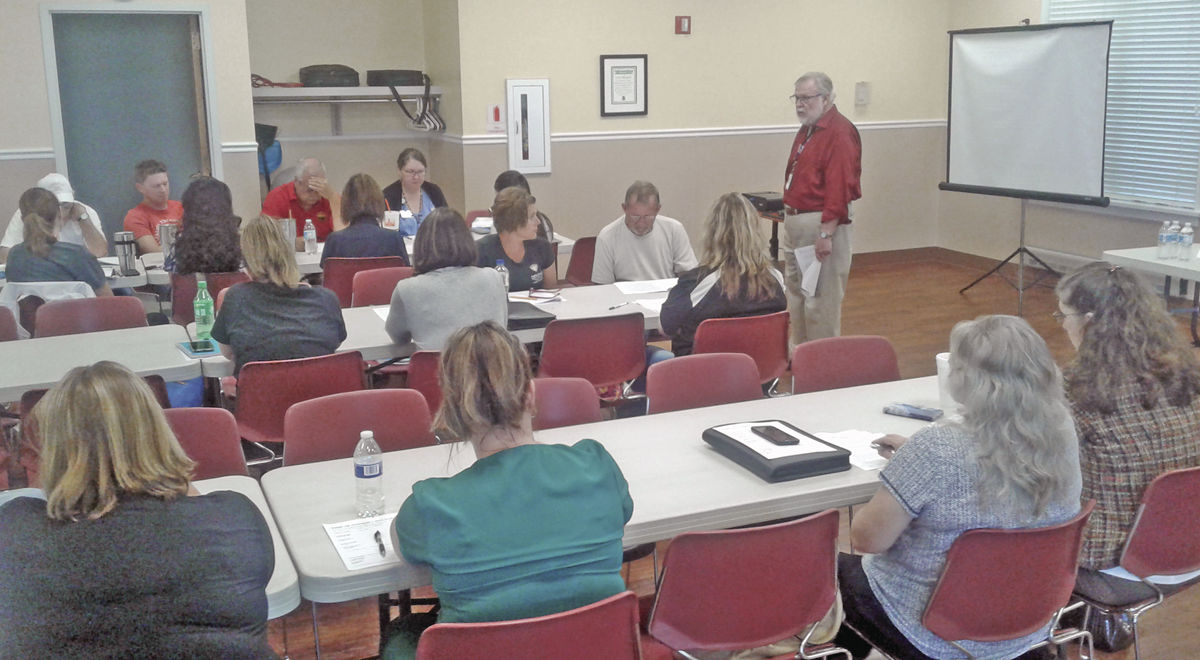 Thirty members of healthcare and civic organizations gathered October 1 at the Ste. Genevieve County Community Center to consider the ramifications of an outbreak of the Avian Influenza A (H7N9) virus within the region. H7N9 is a flu virus that experiences an origin in both wild and domestic bird populations.

The tabletop exercise was sponsored by the Nonurban Missouri Healthcare Coalition in the Southeast Region. Organizations from Ste. Genevieve, Madison, Perry, Jefferson, Scott and Butler counties were represented.

Robert Bach, Exercise Committee chairman for the coalition in this region, guided the discussion.

Bach is heading up a number of these exercises for healthcare or civic organizations that have need or want of such an exercise.

The aim is to encourage awareness among healthcare and community professionals as to the chaotic circumstances that may challenge their capacity to provide care should a large influenza pandemic fall upon the community or region. The coalition provides a set of communication tools that allow agencies to contact each other to pool or seek resources in an emergency such as a disease outbreak, flood, earthquake, tornado or other widespread disaster.

The discussion included information about eICS and WebEOC, both internet-based communication programs that enable organizations to report their emergency status and request specific help.

Jerry Latham, emergency planner for public health agencies in five different southern counties, said Bach kept the conversation and messaging “on target.” Another such exercise is scheduled for late October in southern portions of the region.

The Nonurban Missouri Healthcare Coalition is a statewide organization divided into seven regions. The Southeast Region supports fifteen counties that encapsulates Ste. Genevieve County sitting farthest north.  Any agency or organization receiving Medicare or Medicaid funds must take part in two exercises each year. One of those may be a tabletop exercise.  The coalition assists by presenting such exercises while, at the same time, encourages a whole-community commitment.

Bach, in addition to coalition responsibilities, is the chair of the board for the Ste. Genevieve County Health Department.